In any war, there are strategic and tactical weapons. Firearms, grenades and tanks often come to mind, but experts say false narratives or information can be equally dangerous.

“Disinformation is something that has nothing to do with reality,” says Svitlana Matviyenko, an assistant professor at the School of Communication at Simon Fraser University in Burnaby, B.C., but currently based in Kamyanets-Podilsky, in Southwestern Ukraine. 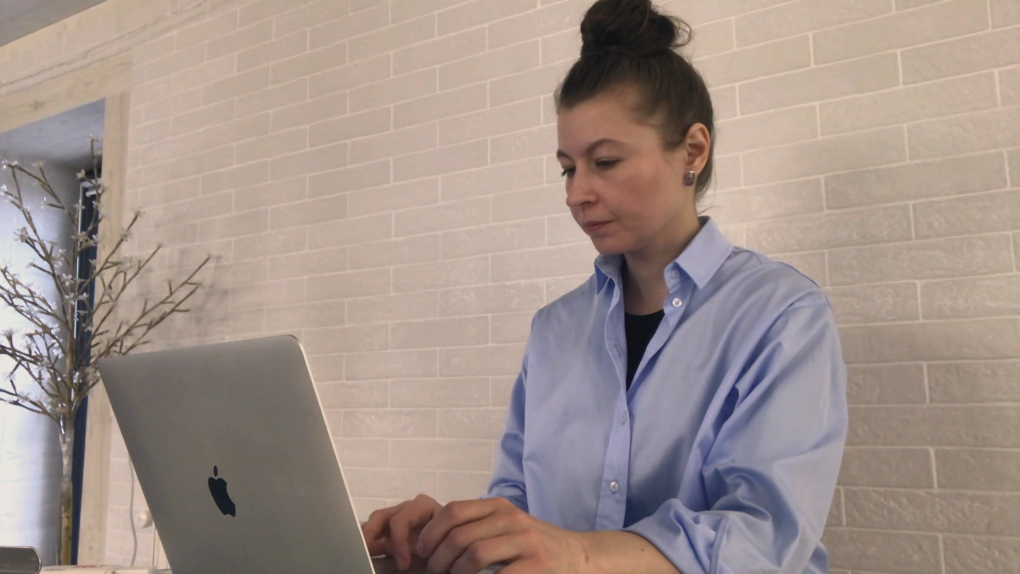 Svitlana Matviyenko on CTV's W5Matviyenko told W5 that Russia’s state-run media channels, like RT, strategically build trust over time, even with Ukrainians. Matviyenko points to her own parents who grew up poor, watching RT because it was a free channel on TV. She says there’s a lot of mixed messaging she has to work through with them.

When it comes to disinformation, Matviyenko says both strategic long-term plans and tactical short-term approaches are at play.

“We really need to consider what kind of means, what kind of channels or governments prepared a particular landscape where certain small disinformation items could be perceived as trustworthy,” she says.

Because that groundwork has been laid, Matviyenko says Russia’s tactical, short-term use of false memes, messages, images, and videos in this war, make some believe that what they are seeing might be true.

One false video posted to multiple Russian state media channels shows a pro-Kremlin media outlet on the scene of an IED attack. At first glance, the video appears to show the aftermath of an explosion, with burnt-out vehicles containing dead bodies inside.

The media outlet blamed Ukraine for the attack. Russia used the video to justify its invasion of Ukraine.

When investigators at Bellingcat, an independent collective of researchers and citizen journalists looked into it, they found discrepancies in the original story. They were particularly drawn to sharp, straight cuts on the bones of the bodies in the burnt up car. 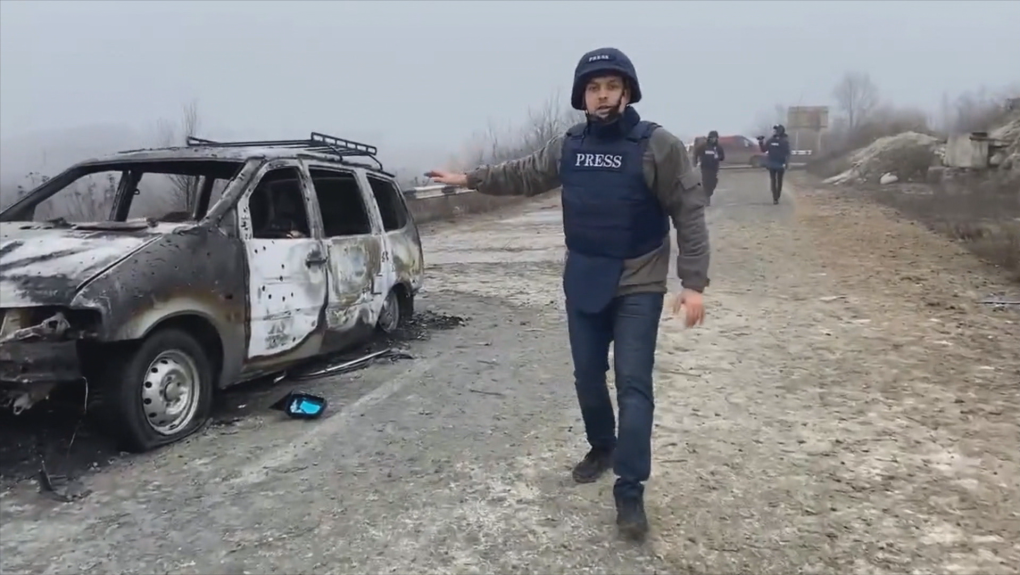 A screengrab from a video posted to multiple Russian state media channels, showing a pro-Kremlin media outlet on the scene of an IED attack. (W5)Medical experts told the Bellingcat team that these cuts showed that the bodies had been previously autopsied, not blown up by an IED, but placed in the vehicle as props and then set on fire to make it look like an IED attack.

In the 1980s, Russia employed ‘Operation Infektion’, where the KGB, the Soviet Union’s spy agency, falsely accused the U.S. military of inventing the AIDS virus.

More recently, during the 2016 U.S. presidential election, Special Counsel Robert Mueller’s investigation found that the Russian government had interfered in the election.

Russian trolls are again hard at work in this war. Matviyenko has noticed they’re using a personal touch to cause confusion in this conflict. Ukrainian soldiers are receiving fake messages from hacked accounts of family and friends, urging them to surrender.