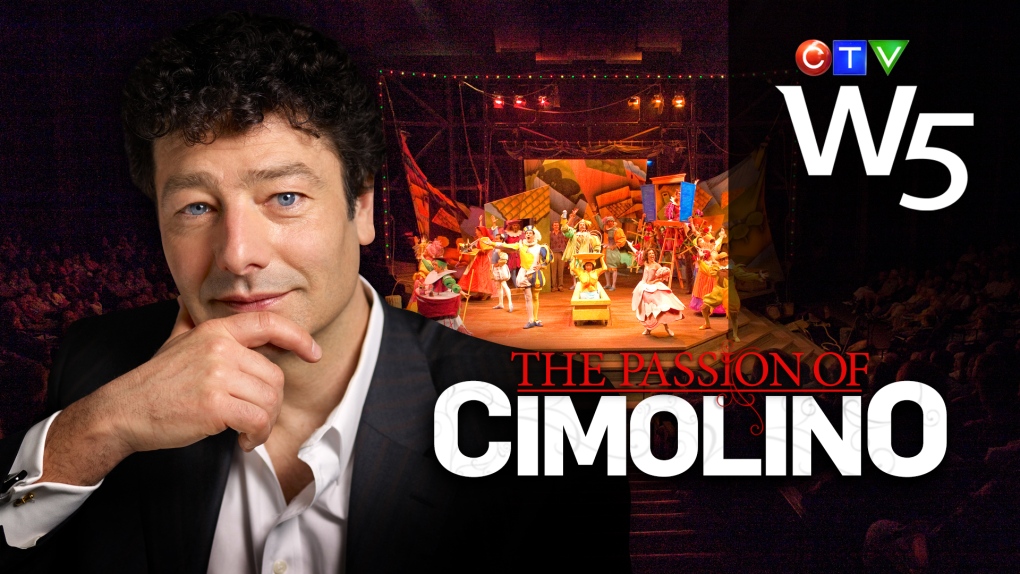 It’s been a landmark season for the venerable Stratford Shakespeare Festival. Engaged in celebrations for its 60th season, Stratford also marks a new beginning, as Antoni Cimolino takes over the festival’s top job as its new artistic director.

And with a $60 million operating budget, 1,000 employees and 12 plays slated for production next season, it’s the largest repertory theatre company in North America.

Cimolino’s new job with Stratford is one of the most coveted and demanding theatre positions on the continent. A tall order, perhaps – but Cimolino is an accomplished veteran of the festival.

“I’ve had a long apprenticeship,” says Cimolino. “Buy I think, more important than the time I’ve spent here is the fact that that I always wanted to be here.”

Cimolino first came to the Festival in 1988 as a 26 year-old aspiring actor. But it wasn’t until four years later that he got his big break.

He played the lead in Romeo and Juliet opposite Megan Follows, of Anne of Green Gables fame. His acting career lasted only seven seasons but over the course of the next two decades, Cimolino has had his hand in every aspect of the festival - directing plays and acting as a senior administrator.

And though he’s not a household name, Cimolino’s many supporters hold him in high regard for both his artistic and business acumen – citing him as the right man to lead the Stratford Festival into its seventh decade.

“Everybody wants him to succeed. Every single member of the company, everyone that’s invested in Stratford wants to see the festival advance and so I think he’s going to walk into a situation where there’s a lot of goodwill,” says Des McAnuff, Stratford’s previous artistic director.

But goodwill alone will only take Cimolino so far. The Stratford Festival faces many challenges.

Attendance last season dropped to its lowest point in a decade. The festival narrowly averted a labour strike this past May. And in August, the festival was forced to lay off some staff.

“It’s a tough period in the economic cycle and theatres around the world are feeling this,” says Cimolino.

“What I notice though, is that in tough times like these, when people are losing their jobs, when they’re worried about the future, we need the festival more than ever before,” he says.

Cimolino believes in the theatre’s ability to empower and transform people’s lives.

“When you put on these great plays, you are doing work that resonates in ways you can’t even predict. This is a place that reenergizes, heals and restores our energy,” Cimolino tells W5.

This past season, Cimolino directed Cymbeline - one of Shakespeare’s last, but least-known plays.

Cymbeline is rarely staged due its complex plot and is widely considered difficult for directors, performers and audiences alike.

After months of rehearsals, Cymbeline opened to glowing reviews and became a runaway hit at Stratford.

“There is a lot of work that goes into a play like this. And this is nice – to get the reaction. But it’s not the reason I do it or anybody does it here – it’s the process itself. It’s all those late hours. It’s all the worry. It’s all the times when you think “Oh no, this is just not coming together” – and then you do the run the next day and say “Oh my god that was so much better than the day before,” Cimolino says.

Stratford’s supporters believe that Cimolino will bring that same passion and determination to his leadership of the festival. For Cimolino, there’s simply no other option.

“I deeply love the festival. It is at the centre of my being. Every ounce of energy I have, every aspiration I have, is for this festival to take deep roots, to grow and to be here for my grandchildren.”