Music stars Tegan and Sara open up about being twins, their relationship and their sexuality

When one feels pain, the other does. They can read each other’s minds. They do everything together. These are just some of the misconceptions about identical twins that Tegan and Sara Quin want to change.

“It was the opposite of that,” Tegan told W5’s Avery Haines.

“I remember the violence. I remember beating each other up,” Sara added.

Despite the animosity they had towards each other growing up in Calgary, Alta., they embarked on a music career together in 1998 at the age of 18. To date, they have sold over a million albums, have four gold records, won three Juno awards, been nominated for a Grammy and sung at the Oscars.

But the Canadian pop stars didn’t only sing on their latest North American tour; they also read stories from their new book, “High School.” Stories about how keeping the fact that they were gay from each other caused them to lash out in their teens.

“I think there is something so bizarre and painful about having what is happening internally happen externally in front of you on another person,” Sara said. 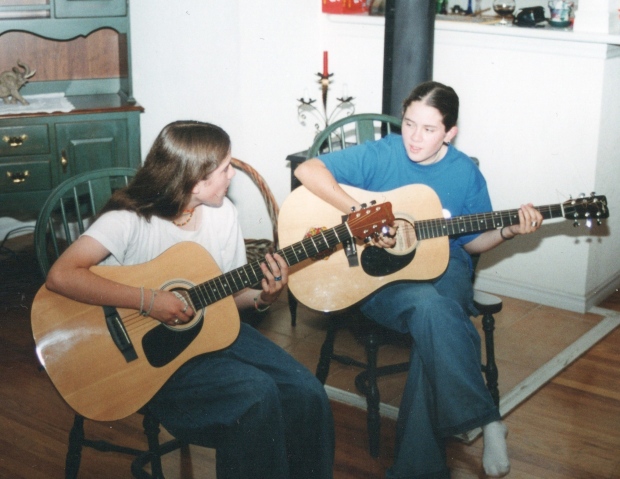 Tegan and Sara performing in the summer of their Grade 11 year of high school (Courtesy: Simon & Schuster Canada)

In high school, music became a breakthrough in Tegan and Sara’s relationship, giving them a way to communicate instead of fighting.

“I never sat down and talked about being gay, or feeling shame, or homophobia,” Tegan explained. “But we wrote these aggressively honest, vulnerable, raw songs, and then I would play it for Sara first.”

Those raw, vulnerable songs along with being open and honest about their sexuality early in their music career resonated with fans, especially LGBTQ ones.

“We started to receive so many letters and emails and I mean, just spontaneous, really authentic conversations,” Sara said. “I don’t live with my parents anymore. I’ve been kicked out of the church or I’m having difficulty at school because people know I’m gay or I’m in the military and I can’t tell anyone.”

The sisters’ music found a fan in another singer-songwriter from Calgary, Jann Arden. She was amazed; not only by their sound, but that they had the courage to be open about their sexual orientation so young. 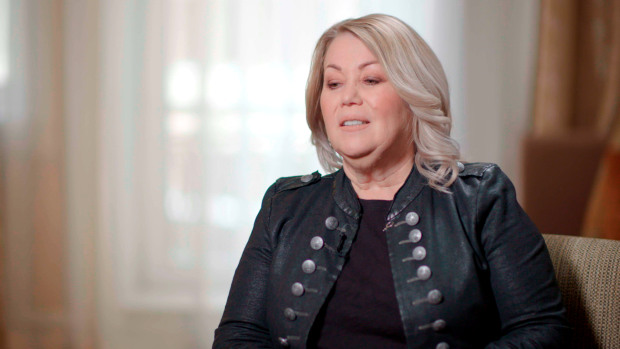 “I think that’s been so, so important for young people that are filled with a whole lot of questions at very young, impressionable ages,” Arden said. “They’re looking, you know, at a community, spearheaded by Tegan and Sara.”

When Tegan and Sara were researching their book they found another way to connect with fans. Their latest album, “Hey, I’m Just Like You,” came from songs they wrote in high school. They decided to re-recorded them using an all-female crew.

In addition to reaching LGBTQ fans with their music, Tegan and Sara wanted to give back to the queer community. In 2016, they founded the Tegan and Sara Foundation that funds projects for queer women and girls like LGTBQ summer camps and counselling services for Indigenous youth.

“We really wanted to be proactive specifically in the areas of healthcare, and healthcare meaning physical and mental care for the queer community,” Sara said.

While they’ve never been closer, Tegan and Sara Quin say they still can’t read each other’s minds or feel what the other feels. But that closeness has meant one thing. At 39, they say they’re in a place now where music is no longer the most important thing in their relationship.

“If Sara doesn’t want to do this I wouldn’t be resentful. I’d be like, ‘totally understand,’” Tegan told W5.

In fact, for the first time since the 90s, Tegan, Sara and their mother Sonia live in the same city, Vancouver. Sara says it’s a chance for them to get to know one another off stage.

“How to exist in a world that has nothing to do with Tegan and Sara, the band, has been, it’s been really rewarding and amazing.”