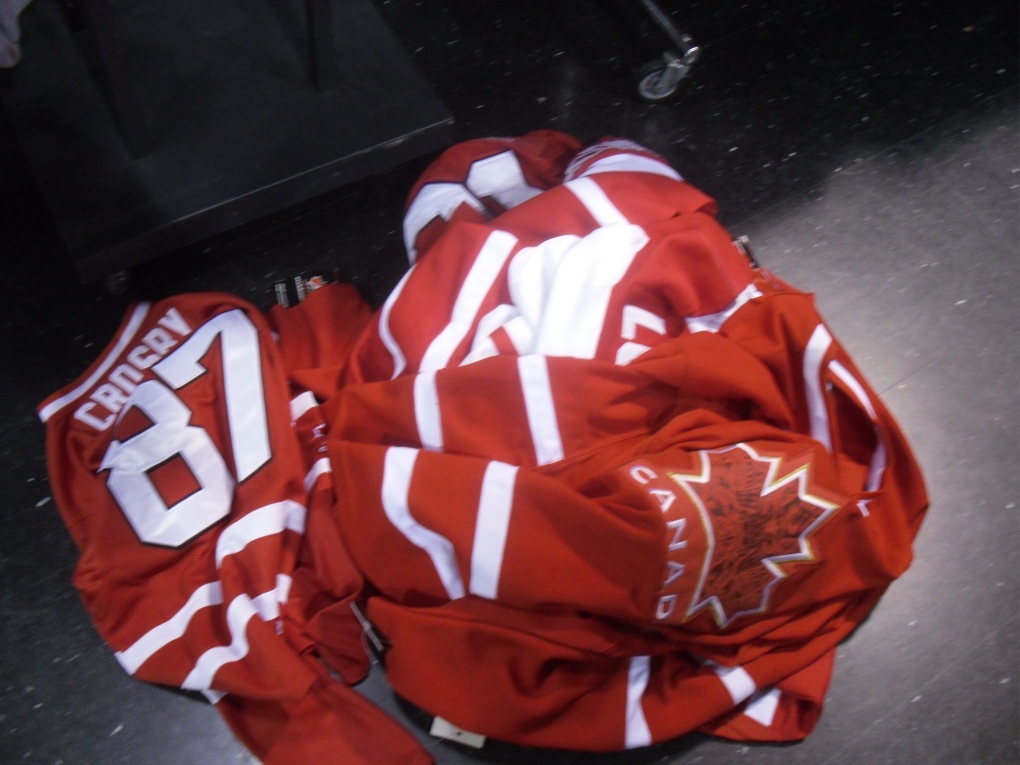 Counterfeit jerseys seized by police are shown in this handout photo. Avoid jerseys with bubbling and colour differentiation, experts warn.

The RCMP is helping to recoup as much as $5 million per year for customers who believe they have bought counterfeit merchandise, including fake sports jerseys and other sports memorabilia.

Barry Elliott, head of the RCMP’s criminal intelligence analytical unit, said Canada’s national police force is recovering cash for about 300 victims every week. The average victim is recovering about $300, he said.

Over the past six months, the RCMP has established a close relationship with the NHL, and is currently planning to train French law enforcement about how to model their own program after Canada’s anti-fraud centre.

W5 and TSN’s series Faking It exposed how widespread the problem of counterfeiting has become throughout the sports industry and Elliott’s advice will be welcome news to many victims.

Elliott said securing refunds for fake items is a simple procedure that doesn’t even require a police report, so long as credit cards have been used for the purchases.

Customers have 540 days from the time of purchase to pursue such refunds, he said.

First, customers contact their credit card company and report the fraud. The credit card issuer will then direct customers to the RCMP’s antifraud unit. Its website is antifraudcentre.ca

The RCMP then confirms that the merchant and website are known to have sold fake items, and send an email back to the victim, who can print out that email and take it in to their bank.

“It takes maybe 2 to 4 weeks all told,” Elliott told TSN.

He said the RCMP is working with the NHL and 400 to 500 other companies.

After helping France establish its own program, the RCMP hopes other G-20 countries will follow suit.

“It’s like the Roman battles of old where the arrows block the sun,” Elliott said. “We want to block them completely from online sales so they hae to come up with a new way to sell to the public.”

Elliott said customers are not required to send back their fake merchandise to the company.

“You have the fake shirt but you don’t have to return it to China,” he said. “We don’t want the bad guys to get the shirt back and sell it to someone else. We ask the victim to destroy it and whatever they do with it they do with it.”

In W5 and TSN's series Faking It, legal experts estimated that the vast majority of fake items are being produced in China.

Elliott said credit card issuers have the ability to levy fines on Chinese banks that maintain relationships with merchants who sell fake items.

While fake jerseys are a problem, they do not represent the majority of complaints.

“We get a lot of complaints about fake Michael Kors, and Ugg boots, and Canada Goose jackets, which can have fleas or chicken poop in them if they are fake,” Elliott said. “Most of the fake jersey complaints are the kind where a mom has ordered her son a jersey and didn’t know it was fake.”