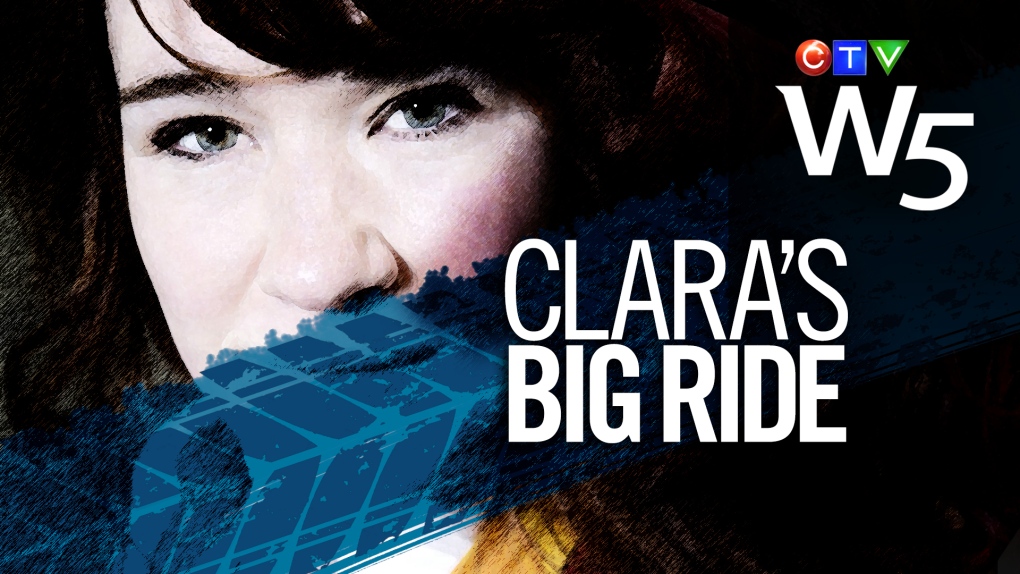 When Clara Hughes says that she has suffered from depression, the first reaction of many would linger somewhere between astonishment and disbelief.

After all, this is a woman who seems to have it all, whose best known physical feature is a billboard big smile.

She is among the greatest athletes the country has ever produced, and the only athlete anywhere to win multiple Olympic medals in both winter and summer games.

At first glance, hers is a life of fantasy and accomplishment. But as Hughes knows well, depression can be debilitating and insidious.

There may be little an ex-athlete can do to cure the depression of millions of Canadians. But there may be much she can do to drag it into the open.

That now has become the focus of the same intensity and commitment that drove her to the top of the athletic world.

Later this month, Clara Hughes will begin what she describes as the most important project of her life. It may be the most grueling as well.

She will ride her bike across Canada, encouraging people to talk about mental health.

Over the duration of 110 days, she will visit 95 communities covering 12,000 kilometres. Work it out, and try it out. That’s more than a hundred kilometres a day. Every day.

“I’m terrified,” she told W5 in Arizona where she’s been training. “In some ways, it’s bigger than anything I’ve ever done. I think every day is going to be exhausting.”

It’s called Clara’s Big Ride, and it is part of Bell’s Let’s Talk, a four-year-old campaign to try to end the stigma and silence that surrounds mental health. And it’s difficult to think of a better face for the campaign, than that of Clara Hughes.

She was born in Winnipeg in 1972. She was a loved child but her early years were difficult.

“I grew up in a dysfunctional family,” she said. “My father was an alcoholic, he was undiagnosed bipolar. He was an artist, a writer, who had a brilliant mind. But it was hard growing up in that household.”

When she was nine, her parents split up. At about the same time, she began a downward spiral. “I did what a lot of my friends did,” she told W5. “I did a lot of drugs, a lot of drinking. I started smoking in Grade 3, picked it up full on in Grade 6 and was smoking a pack a day by the time I was in Grade 7.”

Hardly the kind of start you would expect from a world-class athlete, but everything changed in 1988. Clara happened to be watching television coverage of the 1,500-metre speed skating event at the Winter Games in Calgary.

Gaetan Boucher from Quebec, already a four-time Olympic medalist, was approaching the end of his competitive career. He would have little impact at the Calgary games, but he would have a profound impact on the troubled teenager watching in Winnipeg.

“I saw him just detonate in his race,” Clara said. “What made me pay attention was his fire, his enormity when he was on that starting line. But even more was the emotion of speed skating, that beautiful movement.”

Clara immediately told her mother that she wanted to take up speed skating. “My mom got me involved in sport and it changed my life. It saved my life.”

Before long, Clara began approaching world standard times, both as a speed skater and a cyclist. In 1996, Canadians really took notice when she won two Olympic cycling medals. In future years, she would go on to win four more Olympic medals, including gold in speed skating.

She had become a multi-discipline, multi-season champion and one of the greatest Canadian Olympians ever.

But beneath the triumph and the smiles, was a hidden battle.

“I went through severe depression,” she told W5. “I don’t know if anyone knows why they end up depressed. But it runs in my family.”

At first, she had the same approach as so many others suffering from depression. She hid the illness and the shame.

But eventually, she sought help. And thanks to her stature, she received it.

Not everyone else, she says, is so lucky.

“As an athlete, I had access to care, to support. I didn’t lose my funding. The national cycling team said, take as long as you need, we’ll put you on an injury card. Nobody said I was damaged goods. But that’s not the reality for most people. Because for a lot of people, you get put on a waiting list, and that’s the reality. People need to not be put on waiting lists for months and sometimes years. Lives are lost because of that.”

Eventually, she began to advocate, attacking stigma, trying to nudge sufferers from their isolation while lobbying for more mental health resources. She became an important asset to Bell’s mental health initiative, the Let’s Talk Campaign.

And when she suggested bringing the campaign on a cross-Canada bicycle trip, immediate acceptance.

“They said to me, this will be the biggest thing I do in my life, connecting Canadians, linking our country and bringing this conversation from coast to coast.”

There is much that could go wrong, not least among them, the weather, or as Clara calls it, “the elephant in the room.”

When the ride begins later this month, there will still be snow on the ground in many parts of the country, and in the first few weeks, it is likely there will be storms too.

The supporting team will also have to deal with muscle strains and perhaps injuries. And there will be logistical snafus that are almost inevitable during a 12,000 kilometre bicycle ride.

But there is a payoff. Over the next three-and-a-half months, Hughes and her mental health message will be front-and-centre at more than 200 public events at big city venues as well as in the smallest isolated communities across the north.

She will be accompanied by her husband who will ride alongside her, by a bus of guides, planners, a massage therapist and a bicycle mechanic.

But arguably, the most important asset of the entire big ride is her name, and her willingness to use it.

“I want to help people understand what mental illness is, what the stigma attached to it is. How ridiculous it is, how unnecessary it is. I want people to believe that they can erase stigma, that they can be the generation that grows up and whose kids won’t know of the time when people were ashamed if they were depressed. That’s what I want.” 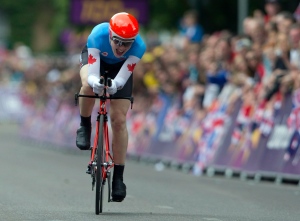 Follow Clara's Big Ride as she embarks on her journey