Gambling on Extinction: Exposing the global trade that threatens elephants and rhinos

This week, we turn the lens on the war between poachers and wildlife in Africa. A war which the most-endangered species are losing, as demand for illegal wildlife products like ivory and rhino horn drive a thriving, multi-billion dollar underground industry.

Below is a first-person account from the team behind this report:

Nearly three years ago I was leafing through the pages of a magazine when an article struck me. It was about elephants being killed by poachers in Chad, a country in Central Africa.

Not one or two elephants hunted by locals for meat – but about dozens at a time, brutally slaughtered by well-organized gangs with automatic rifles. They first shoot the babies so that their mothers, delirious with grief, give up their protection.

Then they shoot them as well. Often the elephants are still alive when the poachers hack off their tusks, leaving the bleeding and dying animals behind.

I was shocked and appalled. I wanted to know more, so I made some enquiries and spoke to animal conservationists. I discovered that these weren’t isolated cases but that poaching was escalating throughout Africa.

And I learned that these highly organized criminal gangs not only attack elephants but other endangered species like rhinos and tigers as well. I couldn’t believe that this was happening right here, right now.

I feel that this is just not acceptable. We as human beings can’t let a bunch of unscrupulous criminals destroy the beauty of our earth because of their unbridled greed.

Governments need to take action instead of treating wildlife crime as a minor offense. But most importantly people need to know what’s going on, especially those living in Asia. 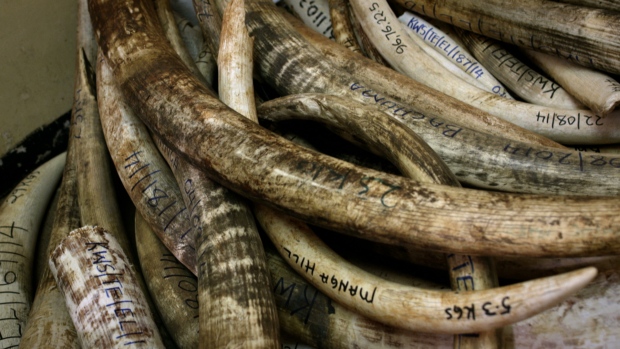 Ivory, rhino horn, and tiger skin are popular status symbols among affluent Asians. Rhino horn has now surpassed the value of gold; it’s crushed into a powder and snorted like cocaine.

There is a dangerous myth among consumers that tusks and horns simply fall out, like human teeth. They are not aware of the brutality involved in the harvesting of elephant tusks and rhino horn. Consumers are also being duped into believing that rhino horn and tiger wine are potent and hold medicinal qualities.

As a documentary filmmaker I always try to make films that I feel are relevant and important. But this subject is especially close to my heart. If this slaughter continues there won’t be any more tigers, rhinos or elephants left in the wild.

All these beautiful creatures will be gone in a few years from now.

Can you imagine a world without these majestic animals? What an incredibly sad and empty place this would be.

I knew we could make a difference if we manage to show the terrible slaughter that is going on right now, once we uncover who is pulling the strings in this brutal war on nature. 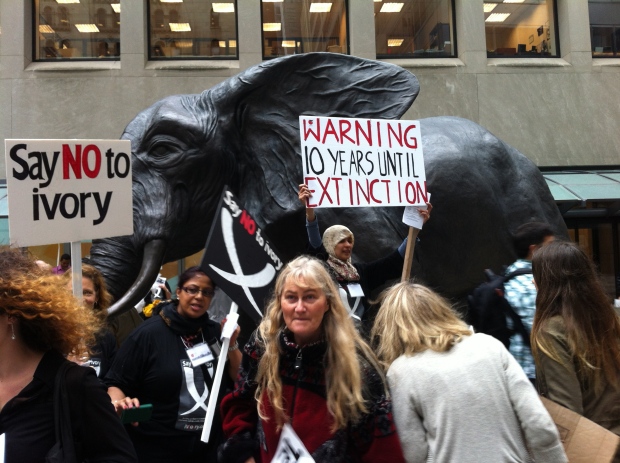 Help us make visible to everyone what is going on before it’s too late. Let’s not just stand at the sidelines and do nothing while ruthless criminals and thoughtless greedy people who just want a new trinket, a rug or some faux aphrodisiacs are ruining our planet.

When Jakob came to me and said that rhinos are being brought to the brink of extinction because their horns are ground up and used as party drugs, I couldn’t believe it. Then I saw the horrific pictures of slaughtered rhinos. Not just a few, but dozens. Hundreds. That’s when I decided that we must do a film about this.

The killing must stop right now because if it doesn’t, then the threat that rhinos, elephants and tigers become extinct in our own lifetimes is real. And then we have lost some of the most beautiful creatures that have ever lived.

So when my friend Tristan Chytroschek suggested we partner on his anti-poaching film I jumped at the chance. I am still completely shocked by the poaching statistics that show that elephants, rhinos and tigers could be gone in the wild in my lifetime.

We cannot let this happen and I firmly believe that if we can rally everyone from the grassroots up to the rich and powerful we can put an end to this ruthless illegal wildlife trafficking. They are not trinkets, remedies or rugs! I truly believe if we can stop the demand we can stop the trafficking. We can all make a difference by making aware and considered consumer choices, so add your voice and spread the message.