It begins like an Alcoholics Anonymous meeting, but instead of standing up to state their names and the demons they are battling, this group shares, sometimes through tears, who they are missing: a mother; a son; a sister; a husband.

They are all strangers to each other, these men and women who have gathered around a large table in a quaint restaurant near Owen Sound, Ont., northwest of Toronto. But they are united in a common, never-ending grief. Each has been left with the gnawing of the unknown: their loved ones have been missing for years. 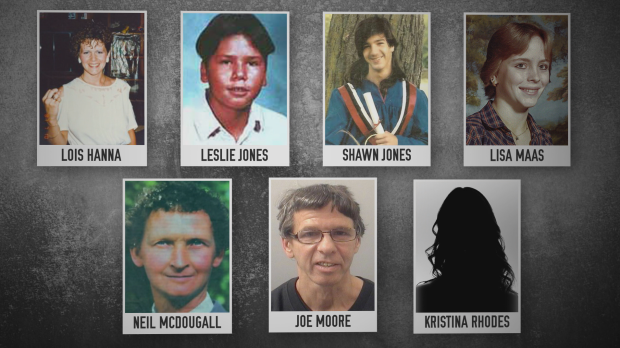 The cases date back more than 30 years. Despite the fact these missing person files are “still active” in the eyes of police, the families have given up hope that the mysteries of what happened to their loved ones will ever be solved, until now.

A renewed sense of optimism rests on the shoulders of two local men who have set up a non-profit organization called "Please Bring Me Home."

Nick Oldrieve, a one-time youth worker, and Mathew Nopper, a former reporter, have taken on the seven historic missing person files. They follow up on anonymous tips to their website, interview witnesses and have even carried out more than a dozen excavations and searches, aided by volunteer experts in forensics and search and rescue.

Since the Please Bring Me Home website went up three years ago, Nick and Matt have been bombarded with hundreds of tips. Some have been pivotal in “bringing someone home”.

In 2018, an anonymous tip was posted to their website about the mysterious disappearance of 20-year-old Nolan Panchyshyn from Owen Sound. That tip was passed on to police and Nolan’s remains were discovered. Two suspects have since been charged with his murder.

Three months later, a 55-year-old man with a mental illness was reported missing. Weeks went by and police could find no sign of Terry Schope. So Oldrieve and Nopper launched a wide-scale search on land and in the waters of Georgian Bay, where his body was found floating, a death by suspected suicide.

"In [these] case, it wasn’t what we wanted,” says Nopper. “But we were thanked tremendously by the families. Because of our organization, we were able to bring them home.”

The relationship between Oldrieve, Nopper and the OPP is tenuous. They pass on hundreds of tips a year, but the police fear they are close to crossing the line.

"They don’t have the training experience to do what they’re doing. They don’t follow the rules of law,” said OPP Det. Insp. Scott Moore.

"There is a potential that actions undertaken by private citizens can have a negative impact on investigations and the potential court process that follows from that.”

The Please Bring Me Home team is undeterred.

"We will not stop,” says Oldrieve. “If we’re not going to do it, then who is? I think at this point we are it. And at the end of the day, it’s for the families, right?"

Watch this Saturday as W5 follows a tip that has launched a massive excavation at a farm outside of Owen Sound, Ont., in the mystery of Lisa Maas, who vanished without a trace three decades ago.