MONTREAL -- I don’t usually get a byline or write articles, yet for the past five years I have had a hand in shaping and visualizing the stories that come to life on W5.

I’ve been behind the lens as a cinematographer for 30 years and have had the great fortune to capture stories all over the world. From scientists in the Brazilian jungle to Canadian astronauts preparing for launch in Russia.

Receiving the assignment to film with former Canadian football player Balarama Holness at first came as a surprise and when the producer sent me a few articles and links about this driven and determined 37 year old, I was blown away.

W5 put Holness on our story list because he is an incredible agent for change in the battle against systemic racism.

As I learned more about his backstory, I loved that football was part of his turning point; his decision to go from high school dropout to this motivated young man. As a football player myself, I know what it takes to make a varsity team.

To know that Holness was drafted into the CFL and made the Montreal Alouettes the same year they went all the way to the Grey Cup – that’s impressive.

Over four days in November, our producer, Shelley Ayres, and I had a chance to really get a sense of Holness. What struck us most was how genuine and passionate he is about his quest to fight systemic racism in Montreal. Also evident were Holness' ties to family and the value he places on his friends.

We filmed Holness playing basketball with some of these friends. Immediately, you could tell he had athletic talent. I had no problem finding great moments on and off the court and there were all kinds of three-pointers going in the basket.

I loved seeing true camaraderie on their faces. People are always amazed when we tell them we shoot for an hour and might use 30 seconds. Making those 30 seconds great takes time. 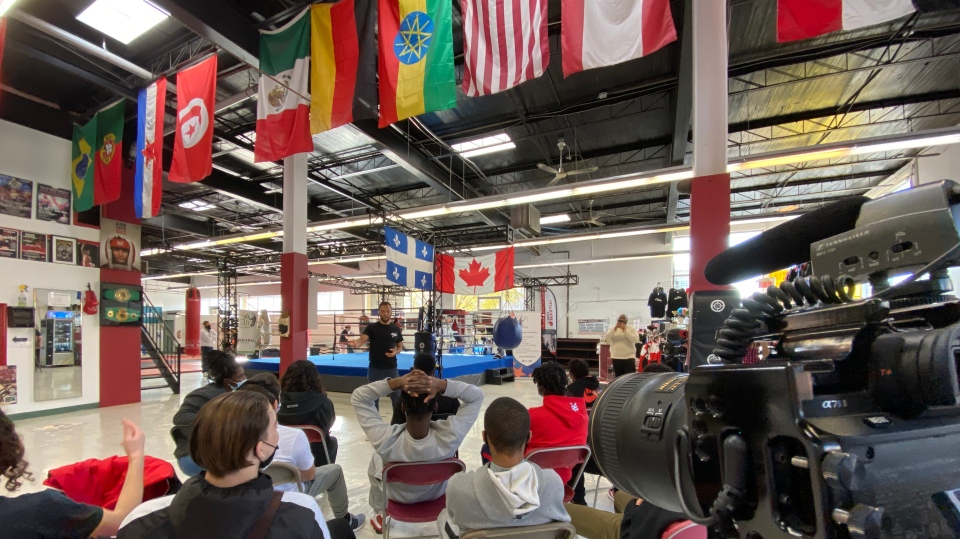 The next day, we followed Holness' talk with teenagers at an alternative martial arts high school. I really felt the story when I listened to him speak and watched the kids absorb his message: "Education is power. The more education you get, the more power you get."

We set up two cameras, so we knew we had a constant shot on Holness, and I could then also use another camera to find the faces of the kids and see their responses.

Visiting Holness' dad speaks to the uniqueness of our jobs and the 24-7 nature of field work. Holness' dad lives at a Hindu temple in Montreal's east end. We didn’t know if he’d let us film, but we went with Holness to see him in the evening after a long shoot day.

When we pulled up, he came right over and kindly offered us food. Then, a few minutes later, he disappeared. We presumed the opportunity was over. We were about to leave when Holness' dad came back, he said, "If it’s for Balarama, yes, you can film, but no microphones." That was good enough for us. We quietly retreated and let moments like this unfold. 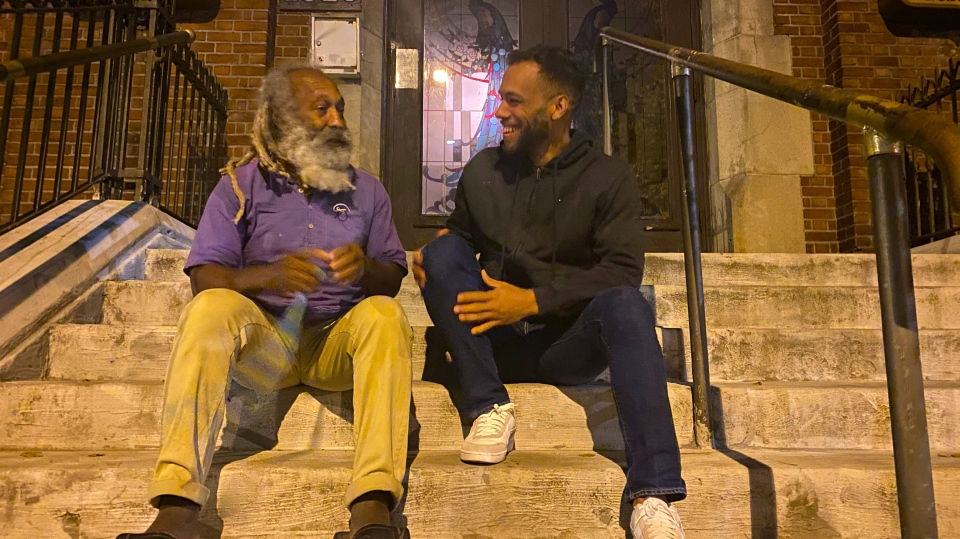 On interview day, we found a great location and transformed a lounge restaurant that was closed by the coronavirus lockdown into a set. We were captivated with Holness' composure and frankness. I was emotional listening to him speak and related to him throughout. Avery Haines and Holness had a great connection and the interview lasted more than 90 minutes.

On our final day of filming, we knew we wanted to take Holness to a football field. The producer had some introspective and slow motion scenes in mind, and I wanted to capture some aerial imagery. Our start time was at sunrise to take advantage of morning light and to beat the rain.

What was extra special was when we were wrapping up, Holness threw me a few passes. What a great experience to play catch with a CFL defensive back; with a guy who might be the next mayor of Montreal and who knows what else.

And, as I was wrapping up my gear in the truck to go home later that day, I realized he had forgotten his football in the backseat. I messaged him so I could drop it off and he said, "Keep it - Kirk, it's a gift."