In the end, all Brandon Armstrong could salvage was his mother’s wedding dress … and her Bible.

Choking back tears, the Sebright, Ont. man describes the fire that gutted his four-bedroom home and ended the lives of two people inside, including his disabled mother.

“The hallway … was engulfed in flames. I ran past my mother. Even in my nightmares, I see her feet as I run by them,” he told W5. Brandon shared details of the tragedy as part of our investigation into delayed response times caused by a critical shortage of volunteer firefighters.

Unless you live in a major city, chances are your fire department relies on volunteers. In fact, an astounding 83 per cent of firefighters in Canada are not career firefighters but part-time volunteers who are often also juggling full-time jobs and families.

They are on-call 24 hours a day and have committed to hundreds of hours of unpaid training. From coast to coast, the situation is the same: older volunteers are leaving and not enough new recruits are joining, putting some communities -- and the firefighters themselves -- at risk.

Sebright is in the Kawartha Lakes region of Ontario, an area where the volunteer firefighter shortage has been deemed a “significant risk to public and firefighter safety” by an independent consultant who analyzes emergency services.

However, W5’s investigation discovered that one out of every four fires in Kawartha Lakes has a response time greater than 20 minutes, including some times of 28, 29, and, in one case, 41 minutes.

Brandon Armstong’s home is about 10 minutes from a fire hall. Yet it took 25 minutes for four firefighters -- the minimum number needed to safely enter a burning building -- to get to the scene. Brandon’s 65-year-old mother and a 22-year-old family friend could not be saved.

“If they had gotten water on the house in a decent time, I think they could have been saved. And I know it's not the volunteers' fault. I know it's not,” Brandon told W5. 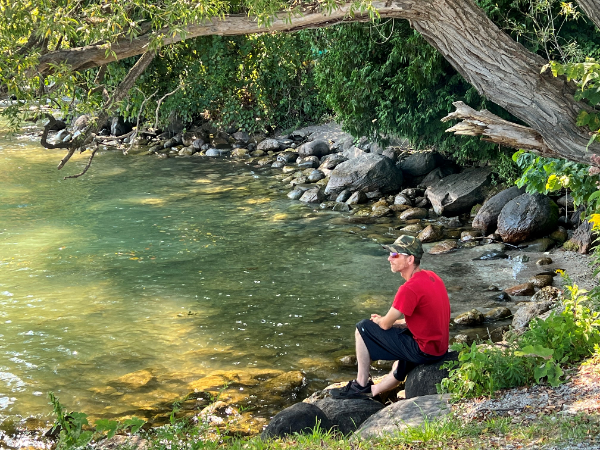 Unlike police and ambulance services, fire departments across the country are fully funded by property taxes. It is up to individual municipalities to decide how much to invest in fire services. The independent report on Kawartha Lakes suggests an additional 71 volunteers are needed just to meet minimum guidelines.

“Kawartha Lakes is the canary in the coal mine. The story is not identical, but similar in many communities across the country. We are playing a game of Russian roulette with our service levels,” MacDonald told W5.

In light of his independent report, Kawartha Lakes has now committed to recruiting an additional 60 volunteer firefighters by the end of 2022.

Brandon Armstrong has only returned once to the burned-out skeleton of his home. It was then that he discovered his mother’s Bible and wedding dress, buried in the ashes and rubble of what had been their home for the past three decades.

“I would have rather lost my own life. But my mom did get her wish. She always said she wanted to die in that house. I just wish it was in a different way.”