When Dan Walker bought property along Enbridge’s Line 9 pipeline he never thought the pipelines under the ground would interfere with using the property, raising cattle and growing cash crops.

Plans for his property, however, were interrupted when his cows mysteriously started miscarrying.

“Some cows just didn’t take. Some, some were aborting early. And even some were born dead,” says Walker.

About a year later, Enbridge found contamination on his land.

While Walker can’t prove the contamination lead to the problems with his cows, some studies have shown a correlation between serious health problems in cows and exposure to oil contamination. He has since given up trying to raise calves and isn’t letting the remaining herd graze over that area any longer.

Landowners like Walker living along Enbridge’s Line 9 pipeline say that when problems arise on the pipelines running through their land they struggle with getting answers and help from the company.

Enbridge cleaned up one site of contamination on his property but because there are multiple pipelines on his land Enbridge contests that the remaining contamination is theirs and have not granted Walker the full environmental testing he wants.

Walker says he went several months without hearing from Enbridge about the issue until W5 requested an interview with the company.

Dave Core is the CEO and Director of Federally Regulated Projects for the Canadian Association of Energy and Pipeline Landowner Associations (CAEPLA). He says that across the country, landowners like Dan bear the brunt of disruptions when issues arise on a pipeline, be it from a pipeline rupture or maintenance activities.

He claims they also see their land contaminated and disrupted from integrity digs, repairs and replacement work, but see no financial benefit from the pipeline company’s successes.

“The problem with this whole thing is that landowners bear all the risks and responsibility, but everybody else gets the advantage,” says Core.

The concerns of landowners have come to the forefront in light of changes that Enbridge would like to make to the pipeline.

In November of 2012, Enbridge applied to reverse the flow of Line 9, increase its capacity and transport different types of oil including heavy crude from Alberta’s oilsands and Bakken crude, the substance involved in the Lac-Megantic explosion.

The company wants to reverse the line in order to ship Western Canadian crude to Quebec refineries. The company has been shipping foreign oil west but says “now there’s more Canadian crude at a much more attractive price that it makes the most economic sense for it to flow to Quebec and into the Ontario market,” says Leon Zupan Chief Operating Officer of Liquids Pipelines for Enbridge. 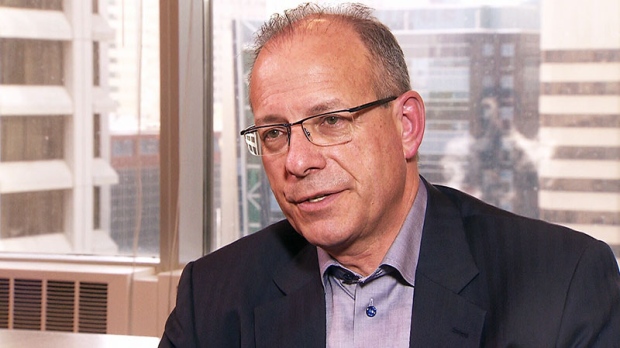 Discussions, which have arisen in light of the company’s application for reversal and the subsequent hearing process, are of great concern to Enbridge.

On the eve of W5’s reporting about the issue, the company sent an e-mail to mayors and councillors in dozens of Ontario communities located along the line, advising of the broadcast, offering links to the company’s website to provide its own view and warning that those opposed to reversing the flow had been interviewed.

“We anticipate this story will not be presented in a balanced manner despite our efforts and full cooperation with CTV,” wrote Ken Hall, Enbridge’s Senior Advisor, Public Affairs, even though he had no advance knowledge of the W5 report’s contents.

Most troubling for the company, perhaps, are questions about the integrity of the 38-year-old pipeline.

Many are particularly concerned about the line carrying diluted bitumen, a mix of heavy crude and dilutent, which some say puts additional stress on a pipeline and if a rupture did occur, can make for a more difficult and dangerous cleanup.

Richard Kuprewicz is one of those experts. He was hired by a coalition of environmental groups lead by Équiterre, a Montreal based non-profit, to evaluate the pipeline proposal.

His final report concluded that proposed changes would very likely lead to a rupture in the next few years. “When I use the word high risk of rupture that’s a very high probability. It isn’t 50-50 it’s well above 90,” says Kuprewicz, a pipeline safety expert who has advised the federal government in the United States.

Enbridge disagrees with his analysis however, “his experience in integrity is not what ours is,” said Zupan. “He’s not aware of the reliability of the tools that we’re using.”

The pipeline before the reversal

Even before any changes have been made to the pipeline, information obtained by W5 suggests that there have been more product releases along Line 9 than have previously been reported, a total of at least 35 spills over the pipeline’s lifetime.

The National Energy Board, responsible for regulating the pipeline, says it only knows of seven, and pipeline operator Enbridge claims that there have only been 13.

This new information raises questions about how much the federal regulator, municipalities and the public know about the pipeline’s history leading up to upcoming reversal decision.

W5 called the municipalities where these spills occurred and the majority of them were not notified. The Mayor of Sarnia, Mike Bradley, where thousands of litres of product released at an Enbridge terminal, said he wasn’t informed of the nine incidents there since 2006 and believed that regardless of the fact that they were on Enbridge property, he thought the city should be informed.

“If you want to have a good relationship with your community, and you want to get rid of the distrust that is out there for the pipeline industry you disclose everything,” said Bradley.

The company insists that it is not required to disclose this information to municipalities but says that they are “certainly in favour of making sure that they (the municipalities) are informed,” said Zupan.

The National Energy Board told W5 that they only record an incident when the volume of the spill is over 1,500 litres, the amount of roughly 25 tanks of gas on a small car or 7.5 bathtubs full.

Landowners and critics are also concerned about the amount of digs being conducted to inspect the integrity of the pipeline.

The company sends an in-line inspection tool through the pipeline which reports anomalies, often cracks, corrosion and dents. Depending on the severity of these anomalies, the company will unearth the pipeline to inspect. Enbridge said last year in information submitted to the regulator that it will be conducting around 600 integrity digs on the pipeline.

While Enbridge says that these digs are preventative maintenance, critics have questioned whether the amount of digs is signalling increasing integrity issues with the pipeline.

One Ontario blogger has been keeping track of information the company has provided to the NEB on the location of these digs and why they are occurring. W5 has not verified the accuracy of the information, nor has Enbridge.

Enbridge says the digs are nothing to worry about. “Line 9 is actually doing fairly well. Even though we have some inspections going on and we have some digs going on associated with those, the line itself is in generally very, very good condition,” says Zupan.

Landowners and critics of the reversal are most of all concerned about Enbridge’s track record of spills and how landowners were treated when the worst happened.

The company’s most serious incident was a rupture which occurred in 2010 and spilled three million litres of dilbit onto land and waterways in rural Michigan.

The spill ended up being the most costly onshore cleanup in U.S. history, costing the company more than a billion dollars.

The incident also triggered the largest fine ever levied by the Pipeline and Hazardous Materials Safety Administration of $3.7 million. The company is still cleaning oil from the Kalamazoo River.

Since that 2010 spill, there have been 67 safety incidents in Canada including, spills, ruptures, over-pressure incidents, fires and worker injuries and 30 similar types of incidents in the United States.

Since the Michigan spill, Enbridge has also been subject to multiple enforcement actions by regulators in Canada and the U.S. including proposed civil penalties, warning letters and corrective action orders for reasons like violating federal pipeline safety regulations, problems with inspection of the pipeline, and insufficient emergency shutdown systems.

The company says it’s aiming to do better. “We have indicated that we have not been without issue or incident or – and so we are on a journey to get to zero. We aren’t there yet but we’re doing everything possible to make sure the things that could cause things to go bump in the night are being dealt with by our company,” says Zupan.

The National Energy Board is responsible for regulating Line 9 and is currently reviewing Enbridge’s proposal for reversal. But landowners like Walker feel they are fighting an unequal battle with the multibillion company and would like to see the regulator do more to help them in dealing with Enbridge.

“I’d like to see the National Energy Board kind of stand up and do their part. They’re supposed to be the regulators of these companies and they should make them responsible for what they, what they cause,” said Walker.

The National Energy Board says it can’t reveal a date for the decision on the reversal of the pipeline until days beforehand, however Enbridge told W5 that they were expecting a decision by the end of March.

After this story was first published, Enbridge spokesperson Graham White sent an e-mail to W5 saying that the pipeline company has reported all incidents along Line 9 and insisting that incidents inside facilities could not be considered spills along the pipeline.

"There are differences between spills at facilities and spills along the mainline, which is why they are reported to different regulators, or some regulators in common," wrote White.

It is a distinction neither the National Energy Board nor Ontario's Ministry of Environment made. When asked about all releases for Enbridge's Line 9, the NEB and MOE provided W5 with information about spills along both mainline (pipeline) and at Enbridge facilities. 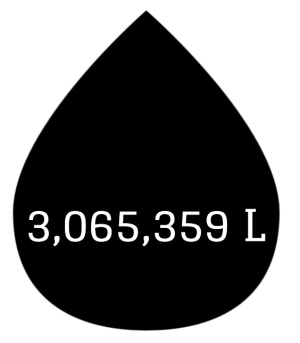 Putting the numbers into context 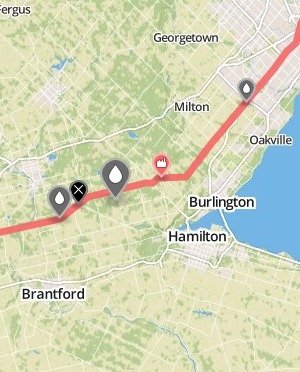 Map of spills and other incidents on Line 9