CABARATE, DOMINICAN REPUBLIC -- The world has essentially been imprisoned by a virus. Borders are closed, flights are cancelled and cities are in lockdown. Thousands of Canadians are now separated from the ones they love. These are extraordinary and uncertain times.

In my recent reporting for CTV National News, I have spoken to many families who are desperately trying to be reunited with those now trapped thousands of kilometres from home. Their fear, their sense of powerlessness, their desperation has an aching similarity to a story I have been working on for the last six months for W5.

It’s called Prisoner in Paradise and instead of a nasty virus keeping people apart, it’s the story of one Canadian family who has been separated off and on again for 10 excruciating years because of a natural disaster, changing laws and the politics of three countries.

Back in 2010 Christal and Vaden Earle launched a project in the Dominican Republic to build homes for the impoverished Haitian community. Much of their time was spent at a sprawling dump far from the all-inclusive resorts, where Haitians would try to scrap together a living by picking through the waste. It was there that the Earles met a parentless toddler named Widlene. Their attempts to adopt her have been herculean, and stymied by a series of very unfortunate events.

Her adoption paperwork was destroyed by a 7.0-magnitude earthquake that wiped out entire neighbourhoods in Port au Prince, Haiti. The Dominican Republic changed laws that made Widlene stateless, a citizen of nowhere. And the Canadian government has rejected repeated legal attempts to bring her to Canada. 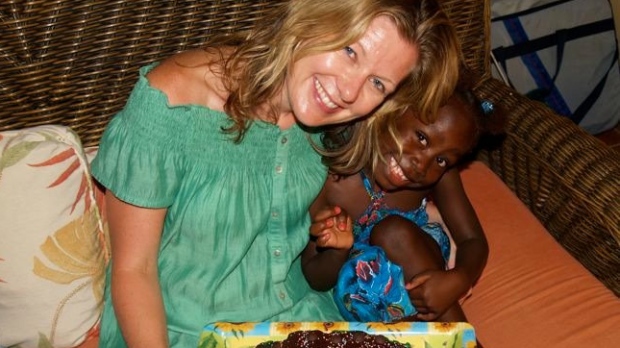 Christal and Vaden are no longer married, but both have spent the last decade commuting between Canada and the Dominican Republic so one of them is always there to be with now 14-year-old Widlene.

Our W5 team was with Vaden in Haiti recently when he received extraordinary news that has injected renewed hope. A federal court judge issued a damning condemnation of a previous decision which denied Widlene a temporary resident permit, calling it an “incoherent … profoundly inconsistent” decision that “almost entirely ignored Widlene’s personal circumstances.”

But even with that decision, for the time being at least, Widlene remains stuck in the Dominican Republic. Her fate now rests in the hands of a Canadian immigration case worker who may take months or even years to determine if she will finally be allowed to come to Canada. When the COVID-19-related travel bans were imposed, Vaden was in Dominican Republic with Widlene. Christal remains here in Canada with no way of knowing when she will see Widlene again.

Just like the thousands of Canadians trapped around the world waiting for answers, the Earles remain in limbo, wondering when the day will come that they’ll finally be able to bring Widlene home.

The one hour W5 documentary Prisoner in Paradise airs Saturday night on CTV. Vaden Earle has written a book about the ordeal and has documented the Bring Widlene Home campaign online.