Behind the secret world of Canada's covert commandos

Overhead, the sun beats down mercilessly. Daytime temperatures average above 40 Celsius. There is no shade. Just heat, glare and the sand.

This is Niger, a land-locked and drought-stricken part of Africa that is one of the poorest nations on earth. And yet, here we are: watching the Canadian military get ready to prevent a new war on terror and, for the first time on television, to reveal something about our secret commandos.

The term itself, commandos, instils a sense of special forces. They are the brethren of soldiers like the British SAS and the U.S. Navy SEALs; among the toughest of the tough who can take the fight to the enemy on their home turf and win.

Canada has such a team. In typical Canadian fashion, their name is a bureaucratic acronym, CSOR. It stands for Canadian Special Operations Regiment. It’s perfectly bland to hide a top-secret regiment that deploys all over the world.

It’s nearly impossible to get anyone to talk openly about CSOR. Formed in 2006, this new breed of elite fighters has been deployed to hot spots like Mali, Libya and Afghanistan. These are the troops Canada sends to the toughest missions, such as taking out high-value targets and rescuing Canadians trapped in warzones. They are our nation’s covert commandos and their full names and missions are classified.

CTV News reporter Mercedes Stephenson has spent years negotiating rare access into this secretive world, and that’s why our W5 crew travelled with her deep into the Sahara desert. For the first time, CSOR allowed television cameras behind the scenes on one of its missions – watching their counter-terrorism training in al Qaeda’s newest breeding ground and to hear from its operators.

While CSOR won’t reveal the exact size of their current regiment, W5 has learned there are approximately 800 of these elite soldiers, deployed to wherever Canada needs them.

W5’s journey into this world began in early March 2014, under the glare of a scorching African sun, in Agadez, Niger, where the country’s army is locked in a battle against violent extremists.

This region is used as a transit route for terrorist groups like al Qaeda’s African offshoot al Qaeda in the Islamic Maghreb (AQIM) and Boko Haram, based in neighbouring Nigeria.

Agadez was once a bustling tourist town famous for its mosques and historic mud brick buildings, but now this town is declared dangerous for any foreigners to visit due to the constant threat of kidnappings by extremists like AQIM.

It is in Agadez, on a desert shooting range, that W5 first meets some of the secret soldiers from CSOR. Thirty-year-old Jordan is CSOR’s team leader in Agadez and in charge of organizing their machine gun drills. 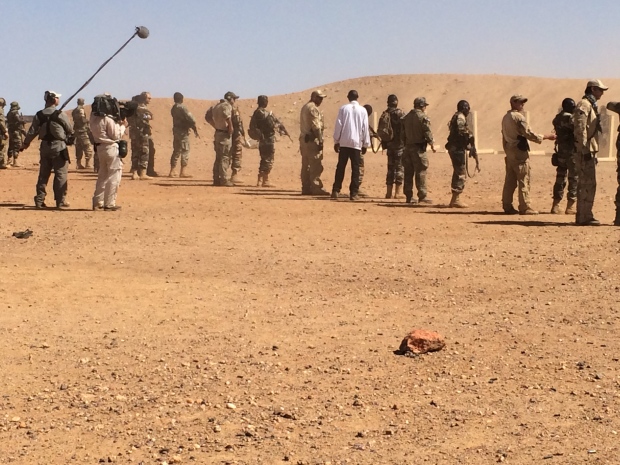 As part of W5’s agreement with the Canadian military, the full faces of Jordan and other CSOR officers cannot be shown nor their last names revealed.

“We always operate as a team, even if that is a small team,” he told Stephenson in an interview. “And the most important thing is to be able to understand and anticipate what the guy beside you is going to do, so that's why we run these drills.”

During training exercises in Niger, W5 observed CSOR members teaching the Nigerien army how to perfect their shooting skills, how to scan the desert for signs of terrorist activities and how to plan surprise attacks. CSOR instructed the Nigeriens and other African armies how to work together to plan a mock raid on a terrorist cache in the desert.

The training W5 was able to film, which involved CSOR, was part of Exercise Flintlock. The Canadians were among other western countries participating in the American-led attempt to bolster the anti-terrorist response in Africa. Flintlock was organized by United States Africa Command (U.S. AFRICOM).

According to U.S. Brig.-Gen. James Linder, the Canadians taking part are elite soldiers.

“I’ve had a tremendous chance to work side-by-side with some heroic and creative young men,” said Linder. “What we find in special operations – it’s not about what you bring, it’s about who you bring. So it’s about how you think and about how you fight from your heart. And I don’t think you’ll find any military on the planet with more heart, more commitment and more cognitive flexibility than what I’ve seen from Canadian special forces.” 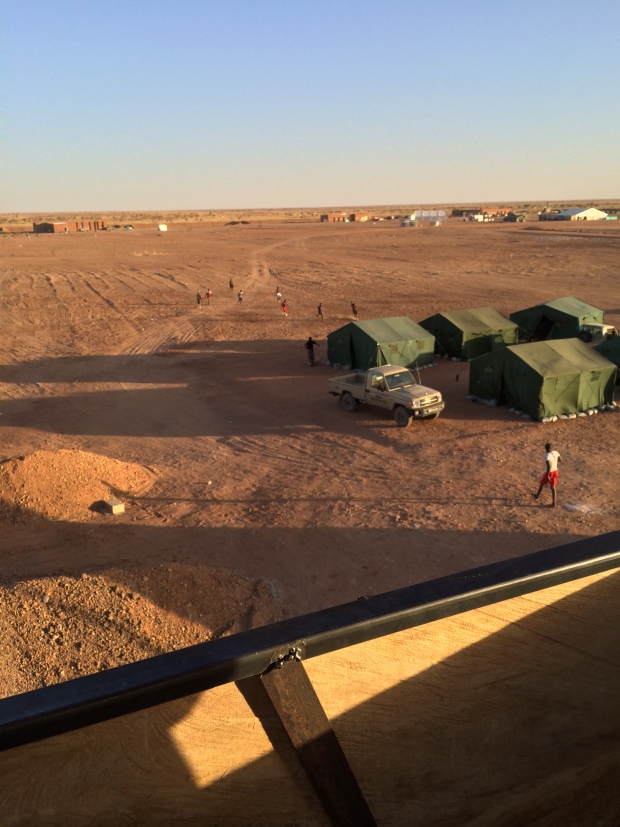 The view from the guard post of the military training base in Agadez, Niger.

Linder revealed Canada has had a long-term relationship with the army in Niger. “I’ve seen them out there with the forces they’ve been working with and they are very, very competent, and very, very skilled in camouflage, taking a long shot, dealing with this particular environment, and reconnaissance.”

While most of the members of CSOR come from the infantry, these operators are expected to be proficient on land, air and sea. The members of the regiment have diverse backgrounds.

Steve, 34, is one of the oldest on the team. Before joining the army and then CSOR, he had a degree in fashion marketing but always wanted to join the military.

“I’ve always dreamt of it when I was a little guy about being in the army and then finally got the courage and so I joined up,” he said.

After a tour in Afghanistan, Steve enrolled in CSOR’s rigorous selection process. 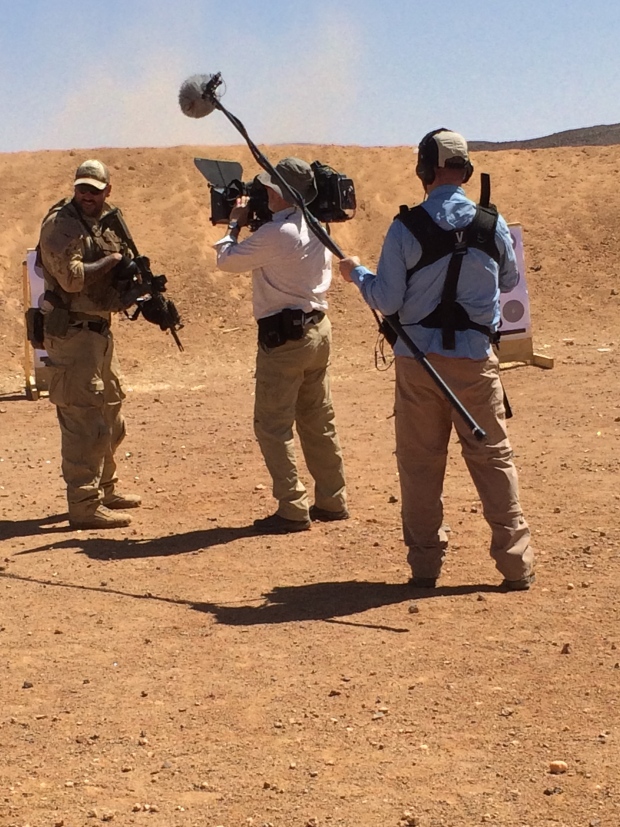 While details about their recruitment can’t be revealed, the operators confirm it’s a gruelling physical and psychological test that lasts for weeks.

“I spent basically a long time getting ready,” said Steve. “Basically a year of physical training. So, you have to go in with the right mindset and I personally wanted to succeed at this, so there was no way of me quitting.

“It’s that kind of attitude you have to go in with it and you also have to be fairly intelligent. They test you thoroughly, mentally and physically.”

“Within the military we’re very much a performance-oriented culture. And it’s always that fear of failure that prevents a lot of guys from just, you know, taking that chance and stepping forth. So, I always tell the guys, that is the biggest criteria for success: just taking that step forward and applying.”

Over the years, Szelecz has noticed that there is a certain kind of character that is most likely to succeed. “You’ve got Type A personalities who are hugely invested in their jobs and they just want to knock it out of the park, right.”

For more on what it takes to join (pre-requisites), click here [PDF]. Also, read an expanded interview with Szelecz where he goes into greater detail about who they pick.

CSOR’s involvement in missions like the one in Niger is helping Canada become a world leader in counter-terrorism training. 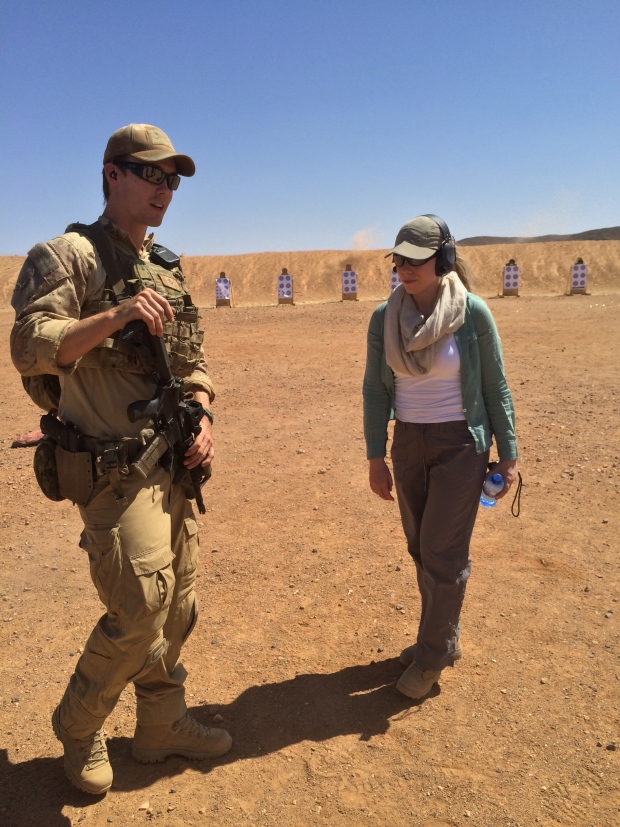 W5 watched special forces operators Jordan and Steve teach Nigerien soldiers to perfect their C7 machine gun and rifle shooting skills. Adjusting stances, forcing them to check their surroundings after firing several rounds, all in an effort to ramp up their individual fighting abilities.

Jordan calls this kind of training “situational awareness” and it’s critical on the shooting range or in any combat scenario. 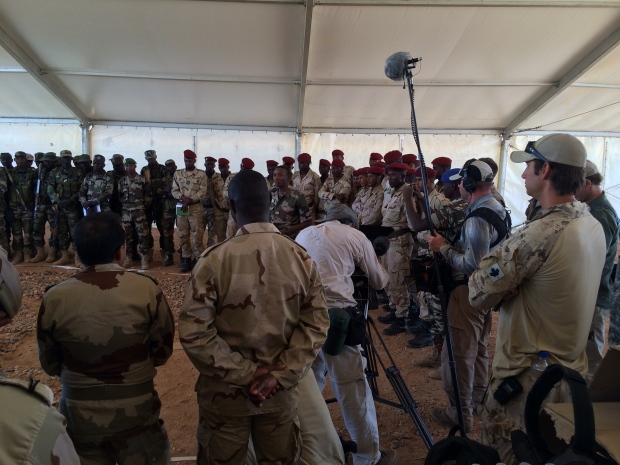 W5 behind the scenes with CSOR operator Jordan (far right) and African soldiers at a discussion about the final battleplans for a mock raid.

Their most significant contribution to Exercise Flintlock has been strategy and tactics. As Maj. Geoff, CSOR’s task force commander in Agadez, describes it, “We force them to work together to conduct things like raids or ambushes, surprise attacks which are a very important skill for them”

W5 watched Geoff teach the African armies how to plan a massive staged attack involving weeks of planning and coordination among the different African nations. Their ultimate objective was to find and destroy the enemy’s cache and eliminate high-value targets. CSOR called it the “culminating event.”

In preparation, African soldiers gathered in rooms with overhead projections of maps to analyze the vast desert terrain for any signs of terrorist caches: secret hiding spots where extremists hide supplies of fuel, food or water. 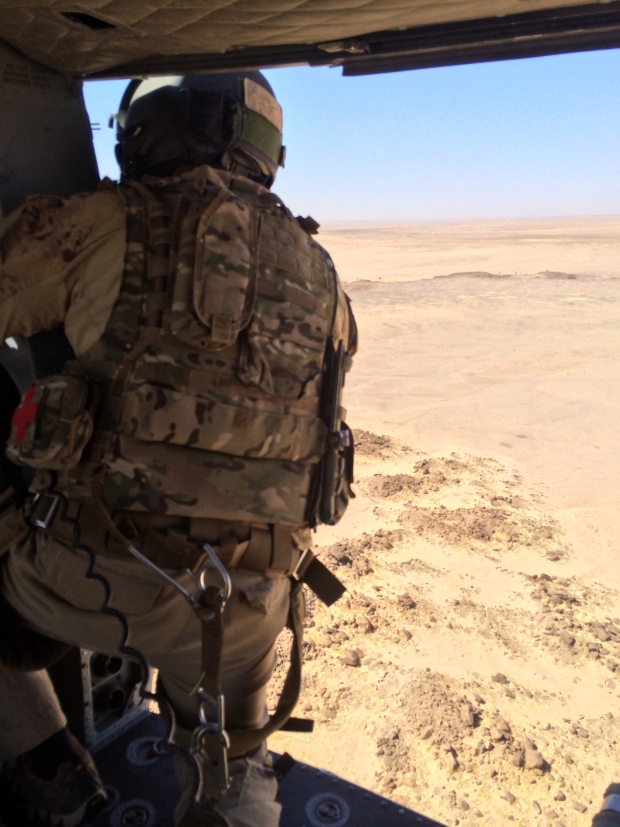 Looking out at the Sahara desert from inside Helicopter Squadron 427's Griffon chopper. “Really the purpose of the exercise, it’s designed to really build relationships among the participating nations and get them to work collaboratively together to respond to the threat posed by violent extremism.” said Geoff.

And this kind of collaboration is critical in a country threatened by transnational terrorist groups whose members are recruited from across Africa.

In 2008, former Canadian diplomat Robert Fowler was kidnapped in Niger by al Qaeda.

“If the jihadis are uniting, working together, sharing best practice, sharing intelligence then we better do that too,” he told W5. “And that is what exercises like Flintlock are building and it’s very important.”

While W5’s media access was a first for CSOR – opening up to Stephenson and our television cameras - the American special forces have already embedded television journalists on their missions and they think it’s a valuable endeavour to raise awareness.

Besides counter-terrorism training, what’s next for these secret soldiers?

CSOR is known as a high-readiness unit which means they can deploy anywhere, anytime, and they are always on call.

“I hope that we continue to deliver what the government of Canada has asked us to do. When I say delivered, I always say that in our community, not only do we under-promise but over-deliver. And I just hope that we keep doing that,” said Szelecz.

Not surprisingly, it’s a vague answer. While many their missions are top-secret, W5 can tell you that CSOR’s counter-terrorism training is in high demand around the world. 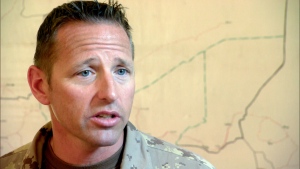 What does it take to join CSOR?