In a town where verbal sparring and back-room decision-making seem to epitomize politics, the March 2012 boxing match between Justin Trudeau and Patrick Brazeau framed it cleanly: Liberal versus Conservative. Member of Parliament versus Senator. Privileged son of a former prime minister versus an “I did it my way” aboriginal leader.

Sure the match was for a good cause, to raise money for the Fight for the Cure – in aid of the Ottawa Regional Cancer Foundation. But very quickly political pundits seized upon it as yet another front in Ottawa’s political wars, except this time boxing gloves would represent that battle for supremacy.

In the weeks before the match award-winning Quebec filmmakers Guylaine Maroist and Éric Ruelle followed Trudeau and Brazeau as they prepared for the epic fight, capturing the training, the hype, unguarded moments, and the eventual head-to-head combat.

Their film – God Save Justin Trudeau – is the result. An 81-minute feature length documentary that opened in theatres in Quebec City and Montreal in November and was broadcast on Quebec’s French-language channel Canal D before Christmas. W5 presents an abridged, made-for-TV cut of the film.

"God Save Justin Trudeau is not a boxing movie. Nor an authorized biography," say the producers. "It’s a documentary about the art of politics in the twenty-first century."

Right from the beginning Trudeau seems certain of victory. He had been taught to box by his father, Pierre Elliot Trudeau, and trained hard for the fight. Cameras catch Trudeau sparring at a Montreal gym, with a crowd of onlookers mock jeering him to get ready for a hostile crowd on fight night.

Brazeau is seen working out, pressing weights and noting that he has a black belt in karate. Trudeau sees a fitting opponent in this youngest Senator. Photos show Brazeau with Conservative leaders in the Senate and with Prime Minister Stephen Harper, who appointed him.

On fight night Brazeau takes a phone call from the PM himself, offering support to the Conservative standard-bearer. Self-assured Brazeau is prepared to carry on Tory domination over Liberals that had begun with the 2006 election of the Harper government.

Trudeau is equally assured. Speaking with his wife, Sophie, Trudeau assures her. "I was put on this planet to do this. I fight and I win. It’s what I’m good at."

"Be humble," she responds.

Only a few hours later, in the ring, Trudeau is the winner. After two evenly matched rounds Trudeau comes on in the third, pounding Brazeau. The referee stops the fight in the third round, handing the Liberal MP a TKO victory.

A year later Trudeau continued his winning ways – being chosen leader of the Liberal party. But a victory that must be tempered with some reality for the Liberals are not the mighty party they once were. The Conservatives hold power and the NDP are the Official Opposition.

For Patrick Brazeau the loss was just the beginning. In the years since he has been disgraced, thrown out of the Conservative caucus, suspended from the Senate, accused of inappropriately claiming a housing allowance, and charged with domestic assault and sexual assault.

The full-length documentary God Save Justin Trudeau is available on DVD from Productions de la Ruelle, where you can read more about the film and the producers, Guylaine Maroist and Éric Ruelle. 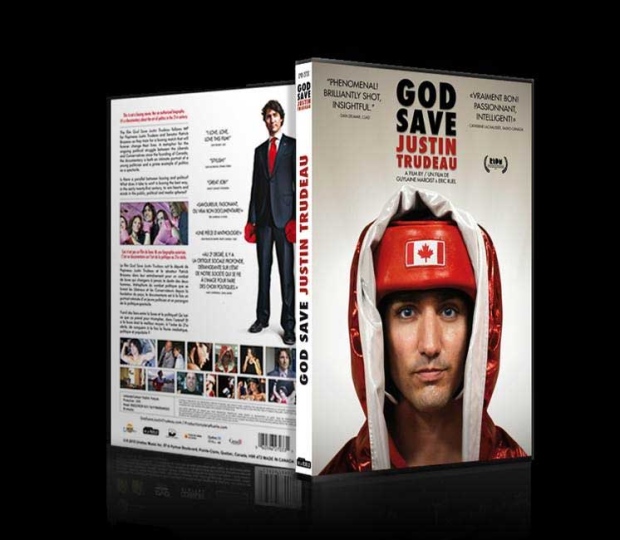