Aggressive coaching under the microscope at prestigious Victoria private school

When does tough coaching cross a line from encouragement to verbal and emotional abuse? That was the issue faced by parents, students and staff at a prominent private school in Victoria, B.C., well-known for its most famous alumnus, two-time NBA MVP basketball player, Steve Nash.

A joint investigation by W5 and the Toronto Star reveals some basketball coaches at St. Michaels University School used obscenities. Two players who were interviewed alleged they were humiliated and bullied.

In 2012, a group of parents formally complained that their children on the senior basketball team were subjected to swearing and emotional abuse by coaches.

In reply, the school administration commissioned several investigations which, they insist, fully exonerated the staff who were accused.

However, the students who came forward with the allegations told W5 and the Toronto Star that two years later, the experience still haunts them.

“I get this voice in my head of the coaches calling me all these names,” said Colton Stockus. “Saying ‘I’m the worst shooter on the team,’ saying ‘I’m not good enough.’”

Stockus still plays basketball for pleasure, but his friend, Monty Fraser-Brown, can’t even step onto a court.

“If you asked anyone, ‘Tell me about Monty?’ Probably the first thing they’d say is, ‘He loves to play basketball,’” Fraser-Brown said. “And from Grade 4 onwards that was my passion. And they kind of took that from me.”

Stockus and Fraser-Brown say the abuse from coaches started in Grade 10 as the students moved from the junior to senior level. 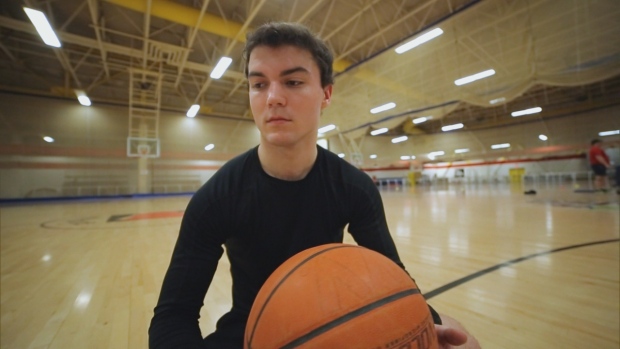 “A teacher would immediately be fired for something like that,” said Dr. Alan Goldberg, one of North America’s leading experts in sports psychology who is based in Amherst, Mass.

“There’s a discrepancy between how teachers relate to students, and somehow, how coaches relate to athletes. And I think part of that is based on this myth that in order for kids to perform at a high level, you have to be hard on them.” 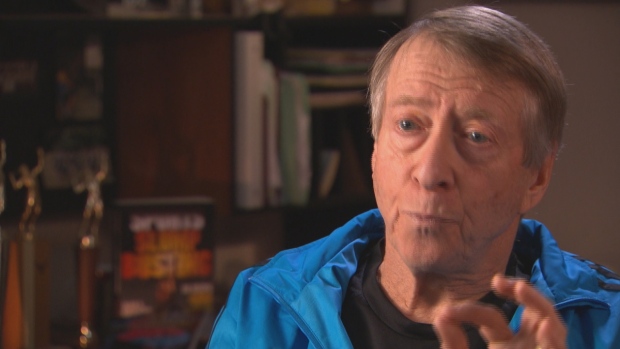 St. Michaels University School (SMUS) commissioned two reports to investigate the allegations. They refused to share the first one with W5 or the Toronto Star.

But they did send the results of the second investigation, prepared by John Sanderson, a lawyer.

His investigation concluded, “I find no behaviours that were deliberately abusive or demeaning.”

However, in his report Sanderson acknowledged that, “On occasion, certain of the coaches became exasperated with mistakes of a player” and “openly cursed.” Sanderson also noted that “the use of swear words and other expletives during games or practices should be discouraged by coaches and players alike”…and that “coaches must set a positive and better example for the players and they should curb the use of foul language.”

But he also said, “The majority of the students said they were not offended.”

“I thought it was a whitewash,” said Goldberg in reaction to Sanderson’s report. “And his implication was that really the reason why the athletes who are complaining were complaining was because they couldn’t handle the transition to higher level basketball.”

Sanderson declined a request for an interview. However, in an email he wrote: “My Report was based solely on the facts given to me by the athletes themselves in lengthy and private interviews with each of them…. I am confident in the accuracy of my report.”

Some parents and players were upset about the quotes in the report from anonymous students which referred to “nasty lies” and “a few players and parents are trying to manufacture evidence of abuse.”

“I cannot actually believe that …a school would accept it and worst of all the school Headmaster who had interviewed these kids face to face with the Chaplain present, that he would publish that document was to my mind an act of cyberbullying,” said Monty’s mother, Jennifer Fraser. At that time, she was a teacher at SMUS. 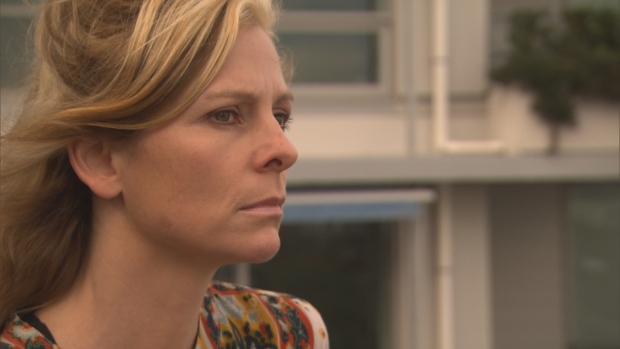 “It was humiliating, it was harmful. You can’t imagine what it was like for those kids to go to school in Grade 12.”

Labeled as liars, the complaining students said they were shunned by some staff and other students at St. Michaels. Stockus recalled that one day he was confronted by one of the coaches in a school corridor.

“I was walking by and he just completely glared me down, got right in my face, I could smell the coffee on his breath.”

Fraser-Brown said he started having panic attacks and didn’t feel safe at school.

“We were getting threats to be beaten up and called pussies by kids in class. It was really tough.”

In August 2012, frustrated by what she viewed as the school’s dismissal of her son’s complaints, Jennifer Fraser filed a complaint on behalf of herself and other parents with the Teacher Regulation Branch.

The TRB is the agency set up by B.C.’s Ministry of Education to regulate teachers. She also quit her job at the school.

“The whistle blower has to go at all times,” she said. “I would have lost my health and my sanity if I’d remained there.”

The results of the investigation didn’t turn out the way she or the other parents hoped.

In April 2014, almost two years after the complaint was filed, the TRB Commissioner, retired BC Supreme Court judge Bruce Preston, issued his findings. But Jennifer Fraser isn’t allowed to talk about them because it’s a confidential report.

As one of the parents involved, George Stockus, Colton’s father, was outraged.

“Because Jen’s name was on the file, they wouldn’t even talk to us,” he said. “[They told us] you’re not the complainant, so we couldn’t get any feedback.” 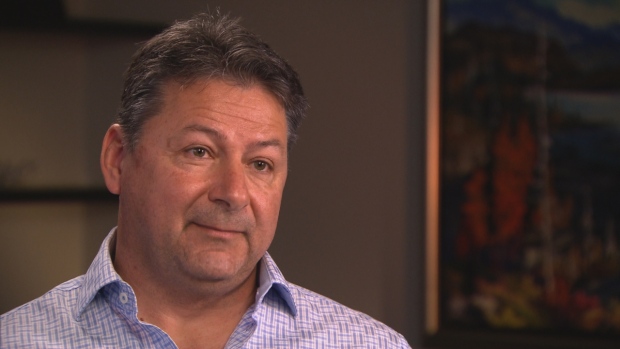 Other than Jennifer Fraser and the school administration, the parents and students were kept in the dark.

A request for an interview with Preston was refused by the TRB. “The commissioner does not speak to the specifics of individual cases due to restrictions placed on the disclosure of private information.”

The school, however, provided heavily redacted copies of the findings.

Clean copies obtained independently by W5 and the Toronto Star reveal the blacked-out sections detail specific allegations like, “The coaches yell comments such as, What the f*** are doing, and, You are all f****** terrible.” 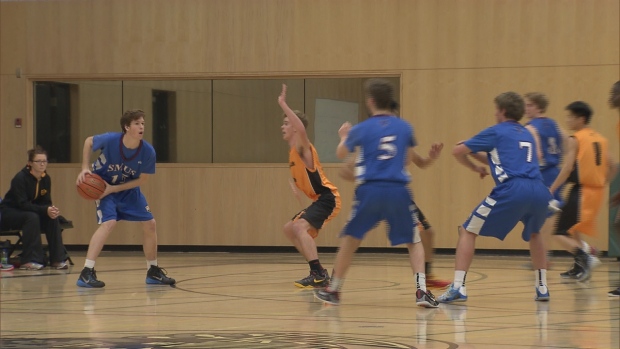 Preston had the option of sending the complaints to a disciplinary panel, but after looking at the evidence in each case he ruled, “I have determined to take no further action with this complaint.”

In the case of Ian Hyde-Lay, a well-known teacher who had coached Steve Nash in the ‘90s, the judge noted that, “Mr. Hyde-Lay has used obscenities,” and “The use of profanities in a school setting is inappropriate conduct.”

However, Preston concluded, “A [disciplinary] panel may not find the conduct constitutes professional misconduct because the preponderance of evidence is that the swearing was not intended to be heard by students.”

He also found that the behavior was “not inherently abusive, bullying or unwelcome”, on the basis that “most students and parents did not observe anything wrongful or inappropriate about Mr. Hyde-Lay’s conduct.”

The Commissioner’s report also mentioned that before the complaint was filed, “Hyde-Lay acknowledged [to a parent] that he needs to do a far better job controlling [his] frustration when mistakes or lack of effort take place.”

W5 and the Toronto Star repeatedly asked St. Michaels University School for an interview with Headmaster Bob Snowden and the coaches involved to discuss the allegations and findings of the investigations. The requests were turned down.

SMUS did send a statement that said, in part, the investigations “have all found there was no basis for the allegations of emotional abuse.” and that the “repeated allegations” were “unmeritorious.” 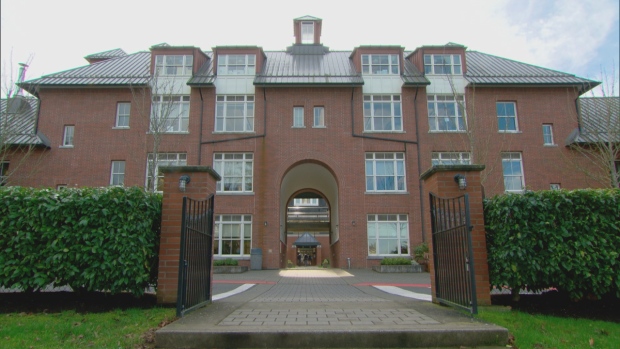 The school also noted that they have established a coaching “Code of Conduct” and have initiated a reconciliation process, both recommendations contained in the Sanderson report.

They concluded their statement by saying that “the continued advancement of these repeated allegations represents nothing more than a failure on the part of the complaining parties to accept the reality of the situation; that SMUS and its faculty members have conducted themselves appropriately and in a manner consistent with the values that it practices and seeks to instill into its students; fairness, respect and integrity. The welfare of SMUS’ students was and remains paramount.”

Two years have passed since the formal allegations were first made, but the students said the hurt they felt is still there. When asked if he and the other students who had complained had lied, Fraser-Brown said, “Why would we lie? Why would we want to come forward and expose these coaches unless this is happening?”

Fraser-Brown and Stockus are now at university, getting on with their lives, but the taste of bitterness is still there. When they graduated from SMUS, they both skipped the ceremony.

“I wasn’t sure if any kid was going to yell anything on stage,” said Stockus. “And I also refused to shake the head master’s hand after everything I went through.”