A rare look inside the private life of Jody Wilson-Raybould

TORONTO -- There is something calming that comes with riding the B.C. ferry, across the Discovery Passage, midway up the east coast of Vancouver Island, on a cool fall day.

The water is choppy and the wind is howling, but Wilson-Raybould is all smiles, chatting happily with her sister Kory, as she returns to what she calls her “little house” on the reserve, where generations of her family have lived.

Her roots are deep and Wilson-Raybould is proud of her heritage; her direct lineage from grandmother Ethel Pearson, the highest ranking person in her tribe, and a survivor of the residential school system; and dad Bill Wilson, a hereditary chief, one of the first indigenous students to graduate from UBC’s law school, and a prominent figure on the national stage.

Wilson-Raybould has found a measure of peace at Cape Mudge, after a bitter confrontation with Prime Minister Justin Trudeau over the SNC Lavalin affair and a tumultuous exit from the Liberal party.

“I’ve thought a lot about it,” she tells me, “ I don’t have any regrets about how I behaved and the decision that I made.”

W5 was given a very rare look inside the private life, of a very private public figure; speaking also to husband Tim, sister Kory, mom Sandy, and dad Bill. 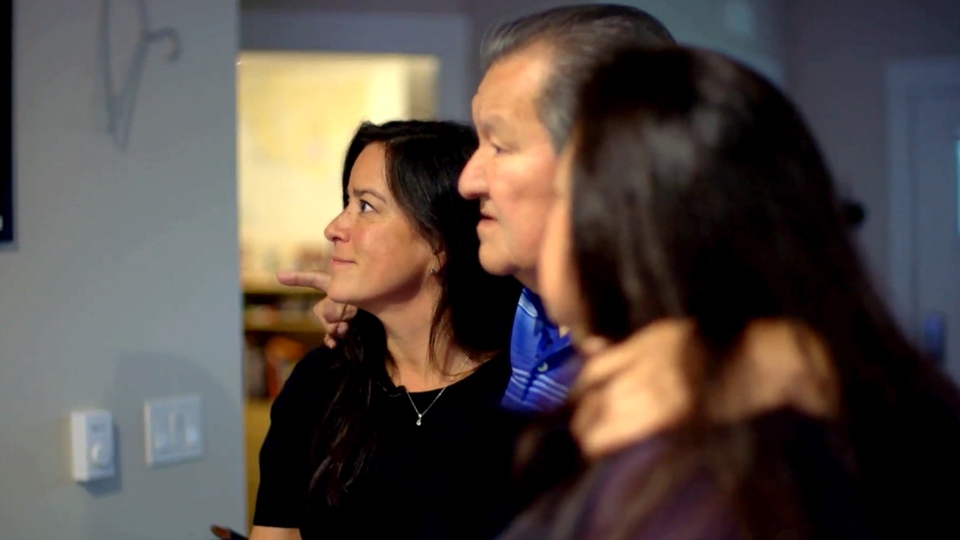 Bill Wilson is quite the character; candid, charismatic and a bit of a curmudgeon. He teases, taunts and doesn’t hesitate to speak his mind.

Tim Raybould, who has dedicated his career to rebuilding indigenous self-governance, is also forthcoming, as he speaks about his marriage to Canada’s first indigenous Justice Minister.

“As a non-indigenous person, I don’t try and pretend that I’m somehow indigenous because I’m married to an indigenous woman or living in an indigenous community here at Cape Mudge, but I respect it so much and it gives you an outlook and perspective on life,” he says.

That outlook and perspective have shaped Wilson-Raybould. She points to an eagle sitting high on a treetop over-looking the small community for its symbolism; power, resilience and renewed life.

The walls of her cozy home are decorated with indigenous art. Her neighbours are protective of the woman who catapulted onto the federal scene and put Cape Mudge on the map; more protective now that she’s taking time to reflect on what’s next.

And there’s so much speculation over what that will be.