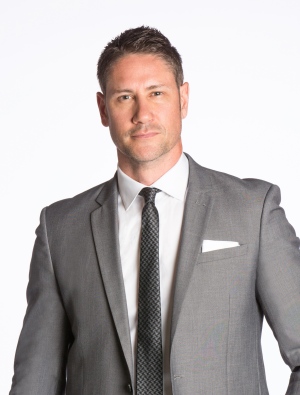 Peter Akman uncovers stories across Canada and around the world as an investigative correspondent for CTV’s W5, Canada’s most-watched documentary series.

Akman began his career as a video journalist for CTV in Timmins, Ont., then spent nearly eight years with CBC News, first as a reporter and back-up anchor stationed in Calgary, and later as reporter, video journalist, and anchor for CBC News based in Montréal and Toronto.

Akman has been dispatched to cover some of the biggest breaking news stories around the world, including terror attacks in Manchester (2017) and Paris (2015); mass shootings in Las Vegas (2017) and Orlando (2016); the Rohingya refugee crisis in Bangladesh (2017); and the 2018 earthquake in Mexico City.

His stories have brought him to the heart of conflict unfolding in Northern Africa and the Middle East. He reported from Libya during the fall of Muammar Gaddafi, and from Egypt during the Tahrir Square revolution and the eventual fall of Egyptian President Hosni Mubarak. He also spent more than two months reporting from Afghanistan while embedded with Canadian Armed Forces in the aftermath of 9/11.

Akman was recognized by the Radio Television Digital News Association (RTDNA) with the Ron Laidlaw Award for continuing coverage of the Richelieu River flooding in 2011, the overland flooding disaster in Québec that affected thousands of residents for months. He has also earned multiple RTDNA nominations throughout his career.

Outside of reporting, Akman is regularly asked to be a guest lecturer at journalism schools across the Greater Toronto Area. He is a board member of the Canadian Journalists for Free Expression, and is regularly involved in events for Wounded Warriors Canada.

Born in St. John’s and raised in Ottawa, Akman received his Honours Degrees in English and Communications from Simon Fraser University. A national level swimmer, Akman is a nine-time All American Athlete (1995–1999) in swimming. He was also the first place champion at the American National Championships (NAIA) for swimming in 1998. He represented Canada at several international swimming competitions, and participated in the Canadian Olympic Trials in 1996 and 2000. In 2018, Akman was honoured to receive Simon Fraser University’s Outstanding Alumni Award. He speaks English and French.

Got a question? Need more information? Have a hot tip? Read our FAQ or send an email to w5@ctv.ca.


How can I get a copy of a W5 story for my personal use?

How can I get a transcript of a W5 program?

A written transcript of a segment of W5 can be purchased for $20.00 each. Please e-mail ctvnewsstox@bellmedia.ca.