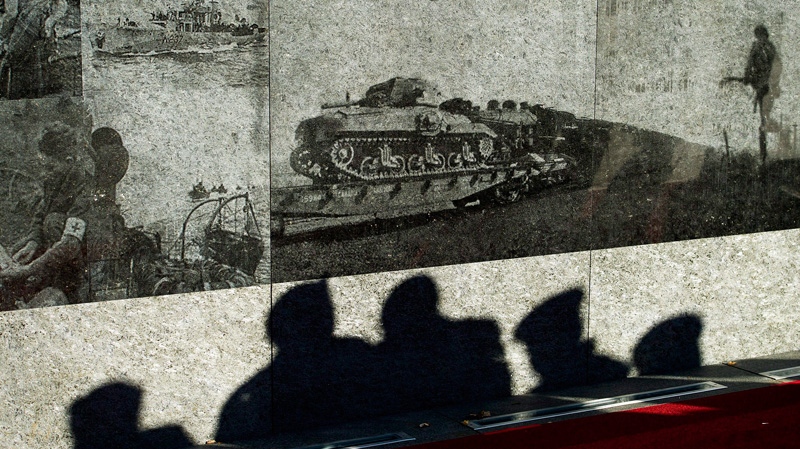 OTTAWA - A prominent, long-standing member of the country's Veterans Review and Appeal Board had his privacy violated twice in an alleged smear campaign meant to discredit him using his private medical information as ammunition, The Canadian Press has learned.

The behind-the-scenes fight involving Harold Leduc has been so bad and so vicious that the Canadian Human Rights Commission quietly ordered the veterans board to pay the decorated, former warrant officer $4,000, including legal costs, for harassment he'd suffered from other agency members.

Leduc, who spent 22 years in the military, claims he was a target for gossip, innuendo and intimidation because he often sided with veterans in his review decisions.

It is the latest, and potentially the most wide-ranging, in a series of privacy breaches, which the Conservative government claimed was cleaned up at the department that oversees the care of ex-soldiers and RCMP.

In late 2010 following the privacy scandal involving advocate Sean Bruyea, the government said it instituted tighter controls over the personal information of veterans and who had access to files.

Yet, in the spring of 2011, an investigation report, which included Leduc's personal information and examined the toxic in-fighting at the independent agency, was released un-censored following an access to information request.

"I am writing to notify you of a privacy breach that resulted in the improper disclosure of personal information," said a July 6, 2011 letter to Leduc from the access co-ordinator of the veterans board, who apologized and described the incident as a clerical error.

Two years previously, the deputy chair of the board acknowledged in another letter, that Leduc had been the victim of a more serious breach, where over 40 officials accessed his file that included medical information. Some of the officials were from veterans affairs, others included those who oversaw the review and appeal board.

"I was devastated because it was a huge breach of trust that they can't go back on," Leduc said in an interview with The Canadian Press. "I'm very embarrassed about my service-related disabilities and I don't think that's anybody's business, but mine. I was just shocked and devastated."

Board chairman John Larlee declined a request for an interview, but spokeswomen for both the agency and the veterans affairs minister released statements in response to a series of questions posed by The Canadian Press.

Both Danielle Gauthier and Codi Taylor said safeguarding privacy has been of the utmost concern.

"When a privacy breach occurs, we take immediate steps to address it, including corrective actions and disciplinary measures where appropriate," Gauthier wrote in an email Friday.

Neither of them would address Leduc's circumstance, citing privacy concerns. They declined to explain how his privacy could have been violated twice -- or what measures were taken in response.

"Minister Steven Blaney believes that any violation of our Veterans privacy is totally unacceptable," Taylor wrote in an email.

"Our government took action over a year ago to ensure disciplinary measures for those who violate the law. Our government wants to ensure that the privacy of all veterans remains protected which is why Minister Blaney instructed departmental officials to look at how the Privacy Action Plan could be updated."

Taylor would not explain what new measures might be introduced - or when.

The Canadian Press has obtained a series of documents, emails and findings, which stretch back almost four years and paint a picture of a 24-member board that has become a viper's nest of intrigue, division, and petty vendettas.

The board is the place veterans can turn to if they're unhappy with the decisions of department bureaucrats. Two member review panels and three member appeal panels adjudicate their grievances.

If one member says "yes," the decision must go in favour of the veteran, regardless of how other members feel.

"I was told -- I think as far back as January 2007 -- directly by one of my colleagues, who said: 'A bunch of us are keeping an eye on you because we've been told you have certain conditions and so, we think you are biased'," Leduc said.

He was diagnosed with post traumatic stress disorder following over two decades of service in the military. And it was the conversations with other board members that prompted him to begin asking questions of officials about his privacy.

The gossip escalated to outright harassment after the Conservative government re-appointed him to a five-year term in 2007, said Leduc, who has also been awarded a veterans ombudsman commendation.

His fear that his medical reports had been spread around was realized in early 2009, but unlike Bruyea, the privacy commissioner was unable to investigate.

He said Jennifer Stoddard told him that Veterans Affairs Canada, or the Privy Council Office, the bureaucratic arm of Prime Minister Stephen Harper's office, would have to carry out the probe.

Leduc asked for a judicial investigation under the veterans review board legislation, but the chair, John Larlee, chose instead to hire an outside investigator to conduct "a workplace assessment," according to a Dec. 7, 2009 letter.

"This is a genuine attempt for an objective, independent 3rd party to assess VRAB as a workplace and make the Board a better more productive place to work for everyone," Larlee wrote.

But the situation dissolved into tit-for-tat harassment claims. At least two other board members filed against Leduc, who among other things was also being pressured to submit to a Health Canada psychological assessment.

He said the harassment was aimed at getting him to quit.

Philip Chodos, who was hired to do the assessment, took it upon himself to attempt to mediate among the warring parties, according to a series of emails.

What remains unclear was whether that was within his mandate. He eventually gave up on the mediation attempt and filed his investigation report with the board.

Leduc was told the document focused on him, but he could not see it. It was suggested he apply for a copy under access to information laws.

Before he got the chance last spring, the unedited copy was released to someone else, in violation of the Privacy Act. Federal officials won't say who obtained the document.

A veterans affairs official, speaking on background, claimed that staff had been disciplined in relation to the un-authorized release. But neither Gauthier, nor Taylor would confirm that.

The Canadian Human Rights Commission became involved in the summer of 2010 with a mediation of its own. It sided with Leduc and ordered the board to compensate him and cease harassment.

The document trail shows senior bureaucrats in PCO and in the veterans minister's office promised to try and bridge the divide, but to no avail.

"I'm sorry to learn about this situation and how it has affected you," former veteran affairs minister Jean-Pierre Blackburn wrote on July 19, 2010, referring to Leduc's first privacy breach.

"I note that the management of the Veterans Review and Appeal Board has taken this matter seriously and has conducted an investigation, apologized to you and put in place measures to prevent similar situations in the future."

"We are very troubled to review the concerns you outlined," wrote Salphie Stephanian, an assistant to the prime minister, in an Aug. 12, 2011 email. "Our government regards the protection of personal information as a priority. We have been in contact with the Minister of Veterans Affairs, the Hon. Steven Blaney. His office is aware of the situation, and you can be assured that an appropriate response is forthcoming."

Yet, when asked what action was taken, Taylor pointed out that the board was meant to be an "arms-length, quasi-judicial body."

In a letter to Harper, Leduc pleaded for a judicial investigation of the board, saying he didn't want to take legal action or go to the media.

He said later in an interview last week that he kept his silence for years because he believed going public would only harm veterans.

But with continued in-fighting and no action by government, he said he had no choice but to speak out.

"The matter needs to be investigated ASAP if the government and people of Canada truly care about veterans as they've stated in the law," he said.