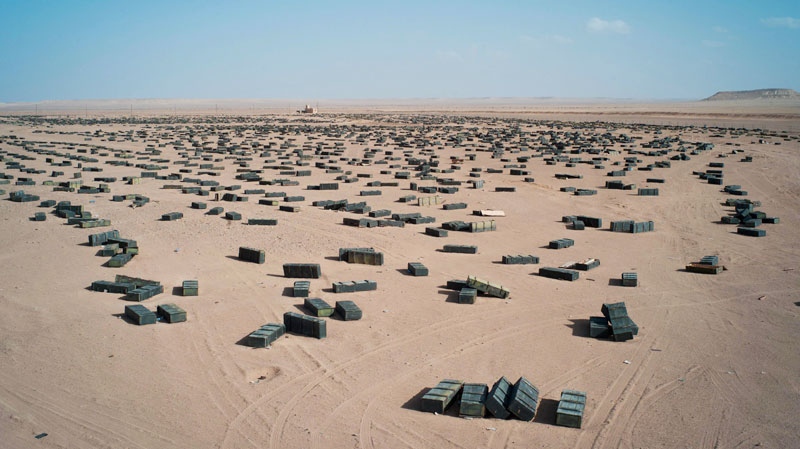 Munition crates are seen at an unguarded storage facility in the desert, around 100 kilometers south of Sirte, Libya on Oct. 26, 2011. (AP / David Sperry)

TRIPOLI, Libya - A team of U.S. weapons experts has disposed of hundreds of pounds of explosives in Libya as part of an ongoing effort to disable unsecured weapons.

The American specialists buried some 1,300 pounds of ordnance deep in the sand and blew it up Sunday.

A team of experts from the U.S. military is on the ground in Libya to help dispose of weapons and other munitions following eight-months of civil war that ended with the ouster and death of longtime leader Moammar Gadhafi.

The large amount of weapons that went missing during Libya's civil war has fueled fears that the material could fall into the wrong hands.