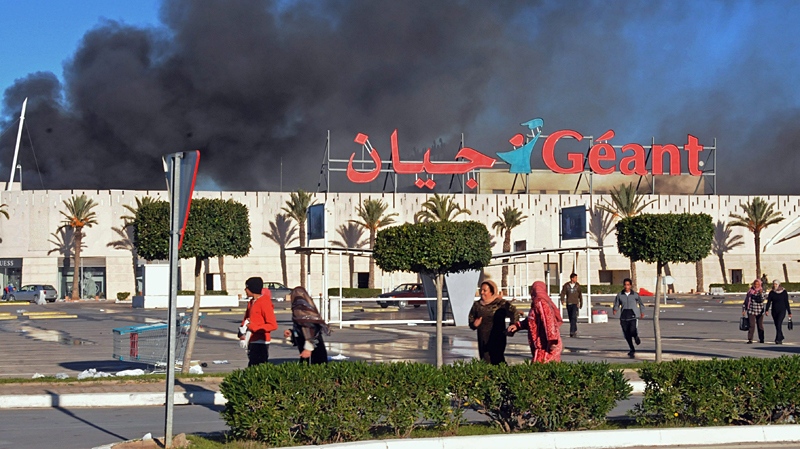 A supermarket is on fire after it was sacked and looted in Bizerte, Tunisia, Saturday, Jan. 15, 2011. (AP / Hassene Dridi)

CAIRO - U.S. Secretary of State Hillary Rodham Clinton says Egypt's government is stable despite the largest anti-government demonstration in the country in years.

An authoritarian president has led Egypt for decades.

Clinton says Egyptians have the right to protest, but urged all parties to avoid violence.

Still, Clinton is expressing confidence in the government of Hosni Mubarak, an important U.S. partner is the Middle East. She says Mubarak's government appears stable and is looking for ways to respond to the needs of Egyptians.

Thousands of anti-government protesters clashed with riot police in Cairo on Tuesday. The demonstration was inspired by the ouster of the longtime leader in nearby Tunisia.