U.K. says it will shred reports of UFO sightings 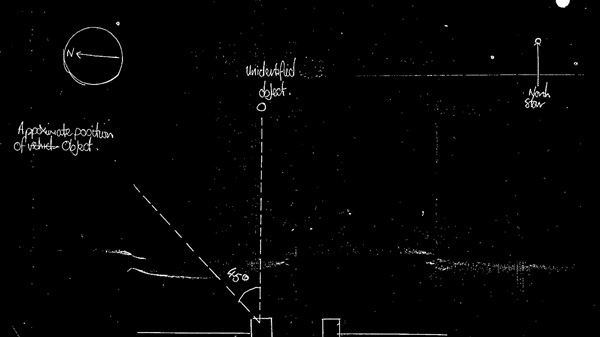 In this image made available by Britain's National Archives Wednesday May 14, 2008, a sketch made by a police officer after a sighting of an unidentified Flying Object in England in 1984 is seen. (AP / National Archives)

LONDON - Britain's defence ministry says it will shred records of UFO sightings after a huge rise in the number of reports submitted by the public.

The Ministry of Defence said Sunday that new reports will be thrown out after 30 days, rather than kept on file.

It means details of the sightings will be exempt from freedom of information laws that have allowed campaigners to force Britain's government to disclose details of apparent UFO encounters.

In December, Britain scrapped a phone line and email account for the public to report details of UFO activity.

Britain's government said the service was a waste of defence resources.