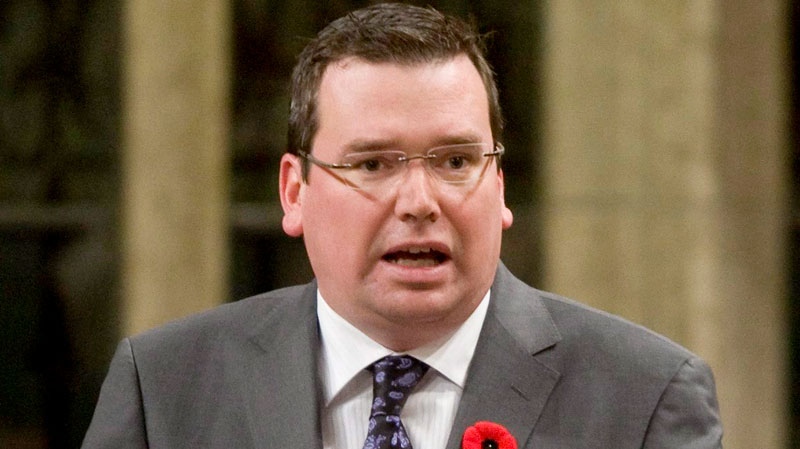 OTTAWA - Two more Conservative staffers in the office of cabinet minister Christian Paradis tried to block the release of access-to-information documents, The Canadian Press has learned.

In October, Paradis adviser Sebastien Togneri resigned after it was revealed he had meddled in at least three different access-to-information requests while with the Public Works Department.

Those incidents are the subject of an investigation by the information commissioner.

But two more policy advisers within Paradis' office were also involved in dealing with records destined for public release under access-to-information legislation.

Documents obtained by The Canadian Press show that Marc Toupin and Jillian Andrews both argued against the release of material on sensitive subjects.

In one case dealing with the members of a federal panel who wrote a damning report on asbestos, Paradis' political office had highlighted material it did not want released.

When bureaucrats asked for an explanation, Togneri directed them to his colleague Toupin.

"Those comments are inappropriate and improper, not relevant to the request and should not be disclosed," Toupin said of the material in a July 2009 email.

"Please note that the Access to Information Act was created to provide access to records under the control of federal institutions and limit the application of severances," Julie Lafrance wrote to Toupin.

"Therefore, the legislators did not include a section in the Act for 'inappropriate and improper' comments."

Andrews intervened in a separate access-to-information request, about preparations for U.S. President Barack Obama's visit to Canada in February 2009. Togneri had argued with bureaucrats that only a single document should be released, and then directed them to Andrews for further "in-depth" analysis.

"Our department specifically states that the only documentation they have pertaining to this is a work stop order," Andrews wrote in July 2009. "The document is found at the very last page of the ATIP. Therefore, this should be the only part of the ATIP to be released."

But another bureaucrat noted in response that officials specifically mandated with collecting documents within the department had put together a much heftier package than a single work-stop order.

It is not clear in either the asbestos or the Obama case whether the documents were ultimately released to the requester. The Canadian Press only asked for correspondence on the processing of four access-to-information files in 2009.

Paradis, now natural resources minister, was asked in October about other staff in his office who might have intervened in access requests, but did not directly answer the question.

A spokesman emphasized Wednesday that Paradis had already accepted the resignation of the person in charge of access to information at the time -- Sebastien Togneri.

"The minister then forwarded the file to the information commissioner and is looking forward to her recommendations," said Richard Walker, Paradis' director of communications.

Prime Minister Stephen Harper's chief of staff, Guy Giorno, issued a memo to all political staff in February, reminding them of the content of the Access to Information Act.

The office of the information commissioner is currently investigating the cases involving Togneri. The former staffer had ordered bureaucrats to retrieve a package of documents from the Public Works mailroom in the summer of 2009 that were destined for The Canadian Press.

He told a Commons committee the following spring that it was a "mistake" and it was the only time he had taken such action, but other incidents were later revealed in more documents.

Togneri and Andrews were asked to appear at the committee at a later date, but the Conservatives announced in May that ministers would take full responsibility for the actions of their staffs and appear on their behalf.