A vibrant music community isn’t just about catching an amazing band - supporting the music industry brings an extensive amount of social, cultural and economic benefits to its community; from job creation to increasing its economic interests in its domestic market and thus strengthens its nationalism.

For years and years, this country has made good with a handful of major festivals like RBC Bluesfest in Ottawa, and Pemberton in British Columbia, but in 2015, there are 318 music festivals in Canada running from mid-June to mid-September, and that’s every jazz, blues, folk, rock, classical, world fest, along with community festivals like Waterfront Festival in Burlington, Ont. that feature music.

Where else could you play to an entire country, at 40-75,000 each festival, and hit all of Canada in just a week or two's worth of shows? And artists love this country, it's that stereotypical Canadian attitude we think we have in the world.

We’re incredibly nice, treat people well, respectful of both their musical talent and each other in the crowd. And although it seems we’ve gone from being an afterthought for music festivals to an obscene amount of choices in every major city, the fan gets to win. And that’s a great thing.

Cavendish Beach Music Festival is P.E.I.’s hottest weekend of the summer. Over 30 country music acts will rock more than 70,000 visitors in the coastal community of Cavendish, Prince Edward Island this July 10-12, 2014. The festival also features the Cavendish Farms Kitchen side stage, and the Front Porch entrance stage with dozens of east coast and up and coming country artists. Eric Church, Keith Urban, Brantley Gilbert and Dallas Smith creates the perfect setting to get you in the mood for some day drinking. Not sure of the lyrics of the artists? Get ready for the festival by listening to their Festival Radio on their CBMF app. http://cavendishbeachmusic.com

You don't even have to be a sports fan to get involved with the PanAm Games as it chugs along across Toronto. PANAMANIA is the 35-day arts and culture festival for the TORONTO 2015 Pan Am/Parapan Am Games, and they've just added JUNO Award winner Kiesza, Whitehorse and a second performance by Charles Bradley & his Extraordinaires to the lineup of free outdoor concerts. Good on the organizers fusion of free and ticketed events, as it'll be bad enough with the traffic in certain area of the city (and remember, you're in IN traffic, you ARE traffic.) Additional music headliners scheduled to perform free outdoor concerts during PANAMANIA includes the Flaming Lips, Calle 13, The Roots, A Tribe Called Red, Janelle Monae, Lights, Dragonette, Colin James, USS, Barra MacNeils, Marianas Trench and Stars. Unprecedented in scale, PANAMANIA will feature more than 1,300 artists in 250 performances and exhibitions across Toronto from July 10 to Aug. 15. The festival will showcase the diverse cultures and artistic excellence of Ontario, Canada and the Americas through music, theatre, dance and more, with free and ticketed events. http://www.toronto2015.org 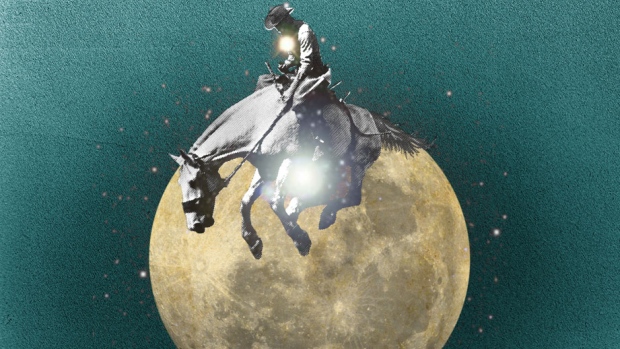 In their amazing 4 years in Edmonton, the Interstellar Rodeo is held in awe by everyone - bands, the fans, and the music industry. Curated and produced by the very cool rootsy Six Shooter Records, they've decided to expand to Winnipeg for the first time this summer. Both lineups have been thoughtfully planned: headliners in Edmonton include St. Vincent, Father John Misty, Justin Townes Earle (Yes, Steve's son) and Buffy Sainte-Marie, who is on a comeback of sorts. Winnipeg will feature Sinead O'Connor, Dwight Yoakam, Vance Joy, Sharon Jones & the Dap-Kings, Steve Earle (yes, Justin's dad), Justin Townes Earle (ummm…OK, then!), July Talk and Tanya Tagaq. http://interstellarrodeo.com 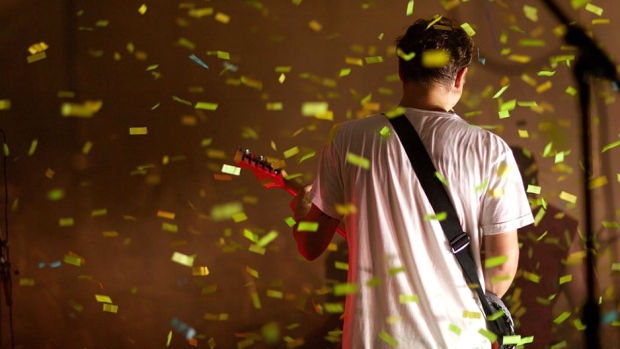 It’s a late July day, hopefully around 80 degrees, and there might not be a better place in Ontario to be than Guelph. Hillside offers year round events with a broad artistic vision that emphasizes diversity of culture, of musical heritage and style, of age, geography and influence. Hillside is turning 32 this year so they'll be singing their hearts out at this year's summer festival as they've booked an eclectic array of fantastic performers from well-seasoned professionals to passionate newcomers. So live high on the food of love where Hillside embraces art, environmentalism, peacemaking and pure joy to fill you with sunlight for the rest of the summer. Performers include BADBADNOTGOOD, Alex Cuba, Great Lake Swimmers, Daniel Lanois, Fred Penner. http://hillsidefestival.ca 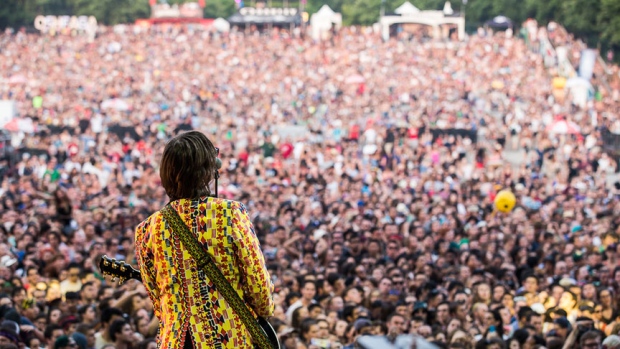 Celebrating their 10th year this year, Osheaga has crafted a genuinely organic and enthusiastic weekend that is as Pitchfork-y as we have here in Canada. Come for the big artists like Ben Harper and The Black Keys, stay because you’ll see the next batch of headliners earlier in the day. Headliners include Florence + the Machine, Kendrick Lamar, The Black Keys, Weezer, Alt-J, Patrick Watson, Caribou, Alvvays, A Tribe Called Red and the Rural Alberta Advantage. http://www.osheaga.com 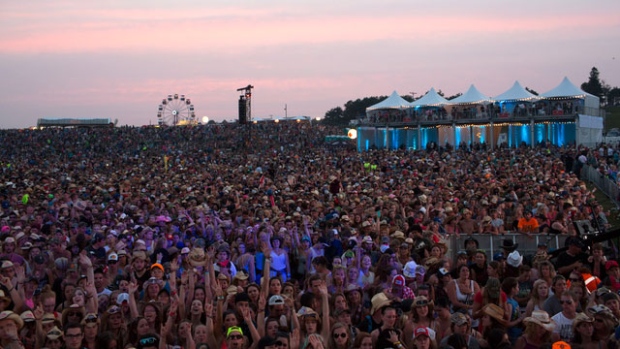 Boots and Hearts is the largest country music festival of its kind ever to be hosted on Canadian soil. It is a three-day celebration of country music where music lovers of all genres can escape from the rigors of daily life, band together with thousands of other country music fans and experience a once-in-a-lifetime event that they will never forget. Located in Oro-Medonte, Ontario. Just 15 minutes north of Barrie, check out this lineup: Brad Paisley, Eric Church, Florida Georgia Line, Little Big Town, Justin Moore and more. One of the special things about the Boots and Hearts experience is RV camping. Any one of our RV camping options allows you to set up your RV the day before the festival begins. Not a fan of camping? They have a nice comfy bed with your name on it with their Hotel and Shuttle package. http://bootsandhearts.com 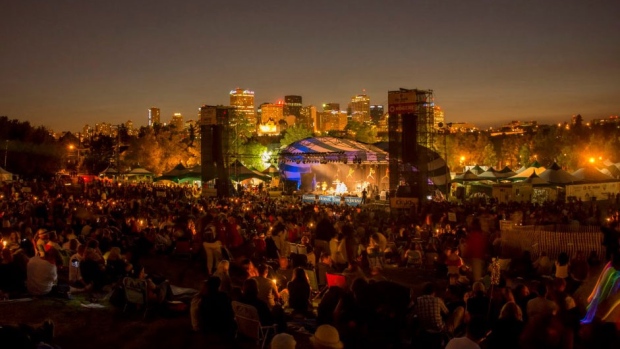 Beginning in 1980 with one staff (!!!) and 300 volunteers, the Edmonton Folk Music Festival has grown and matured to become one of the leading folk festivals in the world. Now boasting a volunteer force of over 2000, the festival in a not-for-profit society dedicated to bringing in the best of folk music from around the world. It's not easy to walk softly and leave no footprints when you host 20,000 people per day for four days in a city park with no paved pathways and roads! But since the early 1990s, The Edmonton Folk Music Festival is easily the best Green fest, connecting with Clean It Green It to aid with the composting of organic waste generated during the Festival. They also have a No Styrofoam” policy on site, use Poly Lactic Acid (PLA) beer cups, and solar panels to power our merchandising tent, running lights and cash registers. And that's only a handful of reasons why this year's artists like Sinead O'Connor, Brandi Carlisle, Edward Sharpe & The Magnetic Zeros, Jenny Lewis, Richard Thompson, Matt Andersen love this fest. http://www.edmontonfolkfest.org 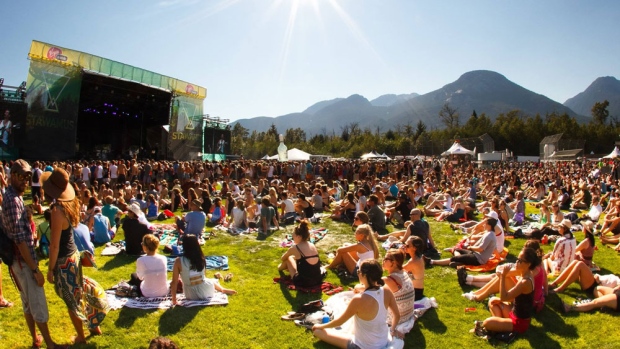 This festival has become huge in a relatively short period of time, and it's not hard to figure out why: they are doing an incredible job booking the year's biggest and best touring music acts. This year's edition will feature, Drake, A$AP Rocky, Chance the Rapper, Schoolboy Q and even Sam Smith, who have all worked together with each other in the past, so there just might be a few collaborations for the ages onstage. Mumford & Sons, Alabama Shakes, Death From Above 1979, Mother Mother, get your duet partners ready. http://squamishfestival.com 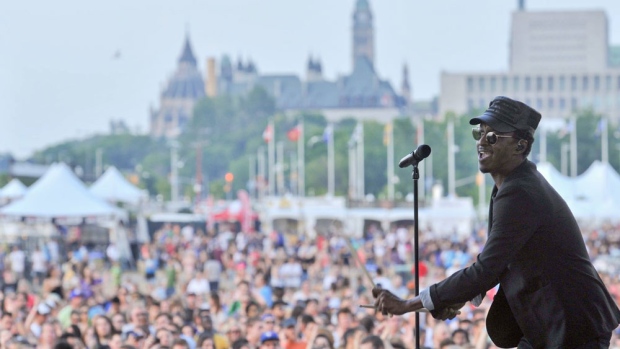 Over the years, Bluesfest has grown to become the landmark event of the Ottawa summer, creating a gloruious rukus, on and off the stage. The ongoing love affair between the ‘fest and its fans continues to this day. When Clarence Clemons took the stage in 1994 and helped kick off what would become Canada’s fastest growing outdoor music festival. Five thousand people descended on Majors Hill Park that first year, probably not realizing the tradition they were helping to create. There's much to recommend here - Kanye West, De La Soul, Deep Purple, Jack U (Skrillex + Diplo), Johnny Reid, Nas, Paul Oakenfold, and Canada's next superstar is Scott Helman. http://www.ottawabluesfest.ca

300 shows, 10 venues, and 11 days of music make the Festival D'Ete Du Quebec one of Canada's biggest music festivals. Warly July sees international stars and emerging artists playing every stlye of music coming together for a special time in a special place - historic old Quebec. 3 words, ok? The Rolling Stones. 4 words: Their only Canadian date. One number: 284. That's the combined ages of the group. Go see them. Now. Other shows include the much younger up and comers Nickelback. Keith Urban, Foo Fighters, Boston and The Tragically Hip. http://www.infofestival.com