The cellphone as wallet: Will the trend catch on? 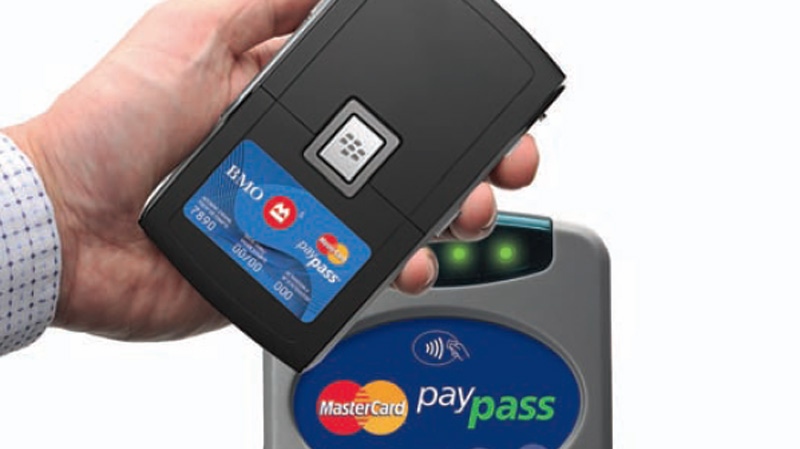 With the simple swipe of a phone -- even when the battery's dead -- consumers can now pay for their coffee, their gas or their groceries. But as this technology becomes increasingly available, experts are debating how quickly the trend will catch on.

Google launched Google Wallet for American consumers this week, a smartphone app that allows your mobile device to act like a digital wallet, storing your credit card, rewards card and coupon information.

"People have used credit cards for decades, so when you're now asking them to do it electronically, there are going to be some reservations," technology expert Marc Saltzman told CTV's Canada AM.

Mobile payment technology means you don't have to fumble with change, or juggle your hot coffee while you dig around for your cards. Using what they call Near Field Communication, you just swipe your phone at a PayPass-enabled terminal (already popular in gas stations, coffee shops and grocery stores), and you've paid.

But these phones aren't available in Canada, and aren't expected to become available for at least another few months -- maybe years.

Enstream, the creators of Zoompass, a mobile application that allows users to make payments with a plastic Zoompass MasterCard, announced Tuesday that they hope to produce a Mobile Wallet similar to the Google app by early next year.

They're currently working with Telus, Rogers and Bell to make it happen in Canada.

In the meantime, Bank of Montreal has released its own tool -- the Mobile PayPass Tag -- which it sees as a bridge technology until the full hardware becomes available.

It uses the same technology as the Google app, but it's not installed inside the phone. Instead, it's essentially a small sticker version of your credit card that sticks to the back of your cell phone.

"Theoretically you could put it on whatever you thought was most convenient, but 25 million Canadians have a mobile phone with them, so it made sense to design it for that," BMO media relations rep Carol Greene told CTVNews.ca.

"You'll just walk up to a Coke machine, wave your phone and away you go. You'll be able to pay for parking, for coffee, for all kinds of things in the very near future," he said in a phone interview with CTVNews.ca.

The tag is intended for small transactions under $50, so it does not require the user to enter a personalized PIN or password. With larger transactions, the customer may be prompted to type in their PIN.

But Greene assures that customers are protected from fraud or theft. Users can choose to get email updates for every purchase made, and are always covered by the zero liability protection if the phone is lost or stolen.

Which is less likely to happen with a cellphone than a wallet, Heatherly said.

"Frankly, I carry mine around in my hand. But with my wallet, it could be several hours before I pull it out and say, ‘Whoops, where is it?'"

Both Google and BMO's technologies require PayPass-enabled terminals, which are currently available at 19,000 merchants across Canada, and 135,000 in the U.S.

MasterCard is the only credit card compatible with BMO's tag for now. The Google Wallet app is currently only available to Nexus S phone users, and Citi MasterCard holders.

BMO would not disclose how many people currently use the tag, but said "it's had a great pick-up so far."