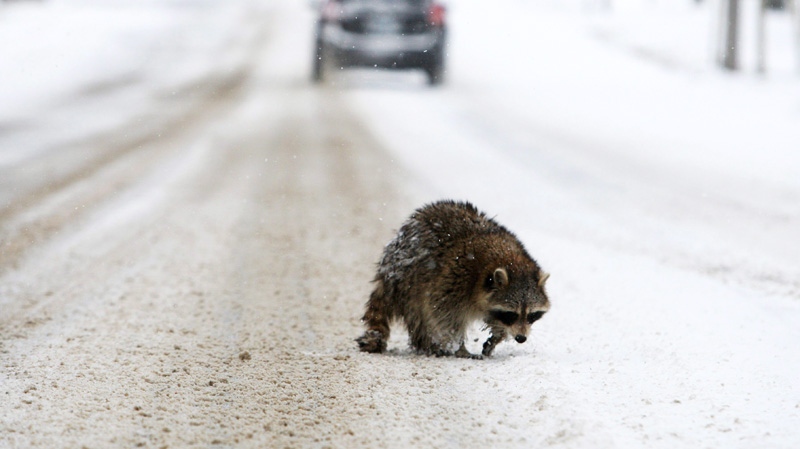 A wet raccoon wanders in the middle of a rural road during a snow fall, near Tillsonburg, Ont., Friday, Jan. 13, 2012. (Dave Chidley / THE CANADIAN PRESS)

TORONTO - Canadian doctors are reporting two human infections with raccoon roundworm, a parasite many of the pesky critters carry in their guts and excrete in their poo.

Though rare, human infections with Baylisascaris procyonis are devastating, leaving the young children who are the most common victims with profound brain damage.

People who study the pathogen are worried that the surging population of raccoons in many North American cities could lead to a rise in these cases.

The two cases being reported in the journal Emerging Infectious Diseases are not recent; they both occurred around 2008.

But they represent only the second and third reports of Baylisascaris infections in Canada and are a warning to doctors to be on the lookout for similar cases.

The infection can be treated effectively if caught immediately, but often the infection is only diagnosed when brain damage has already taken place.