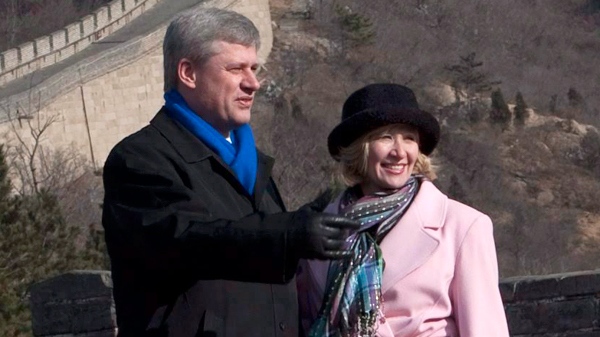 Prime Minister Stephen Harper and his wife Laureen will be among the many royals, guests and dignitaries present when Prince William and Kate Middleton exchange their marital vows at Westminster Abbey next month.

The prime minister announced Wednesday that he and his wife had formally accepted an invitation to the royal wedding and confirmed their attendance in London for the April 29 event.

"Canada is one of sixteen realm countries in the Commonwealth and I am delighted that Laureen and I will be able to attend this very historic and happy moment," Harper said in a statement.

"We are honoured to represent Canada in order to personally convey the best wishes of all Canadians to the happy couple exactly three months before they undertake a Royal Tour of Canada -- their first outside the United Kingdom as newlyweds. Both events will be the source of great celebration for Canadians from coast to coast to coast."

Officials have invited 1,900 people to attend the wedding at Westminster Abbey. Fifty members of the British royal family will be present at the ceremony, while another 40 members of various European families are also expected to attend.

Despite the big guest list, some world leaders, including U.S. President Barack Obama have not been invited to the wedding.

William and Kate will tour Canada from June 30 to July 8, with stops in Alberta, the Northwest Territories, Prince Edward Island, Quebec and the National Capital Region.

Harper invited the couple to visit Canada when news of their engagement broke last fall.

The Prime Minister's Office says that further details will be forthcoming about the Harpers' attendance at the royal wedding.

Wednesday's announcement put to rest any speculation that Harper would skip the wedding because of a possible election contest in Canada during the same time period.