Yuki Tsunoda keeps his F1 seat at AlphaTauri next year

Yuki Tsunoda keeps his F1 seat at AlphaTauri next year 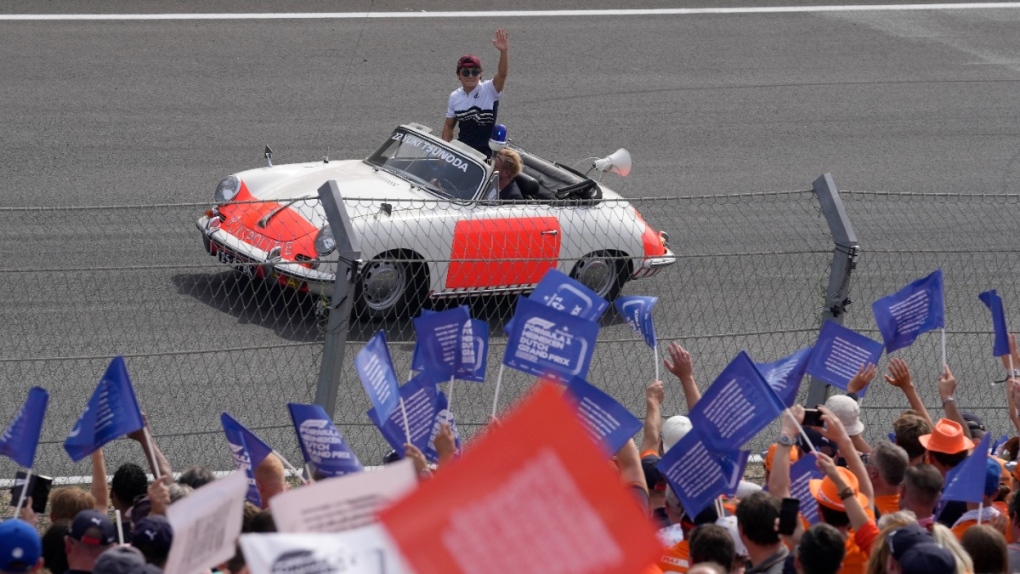 Alpha Tauri driver Yuki Tsunoda of Japan waves to the fans during the drivers' parade before the Formula One Dutch Grand Prix at the Zandvoort racetrack, on Sept. 4, 2022. (Peter Dejong / AP)
FAENZA, Italy -

Formula One team AlphaTauri has given Japanese driver Yuki Tsunoda a contract for next year.

Tsunoda is in his second year in F1 with AlphaTauri and has a best finish of seventh this season at the Emilia Romagna Grand Prix in April.

He is 16th in the 20-driver championship with 11 points. His best result for the team overall was fourth at the season-ending Abu Dhabi GP last December.

"Having moved to Italy last year, to be closer to the factory, I really feel part of the team and am glad that I get to carry on racing with them in 2023," Tsunoda said on Thursday. "Our season isn't over yet and we're still pushing hard ... so I'm fully focused on finishing it on a high."

The 22-year-old Tsunoda's teammate, Pierre Gasly, has been repeatedly linked with a move to Alpine as a replacement for Fernando Alonso, who is joining Aston Martin next season after Sebastian Vettel's retirement from F1.