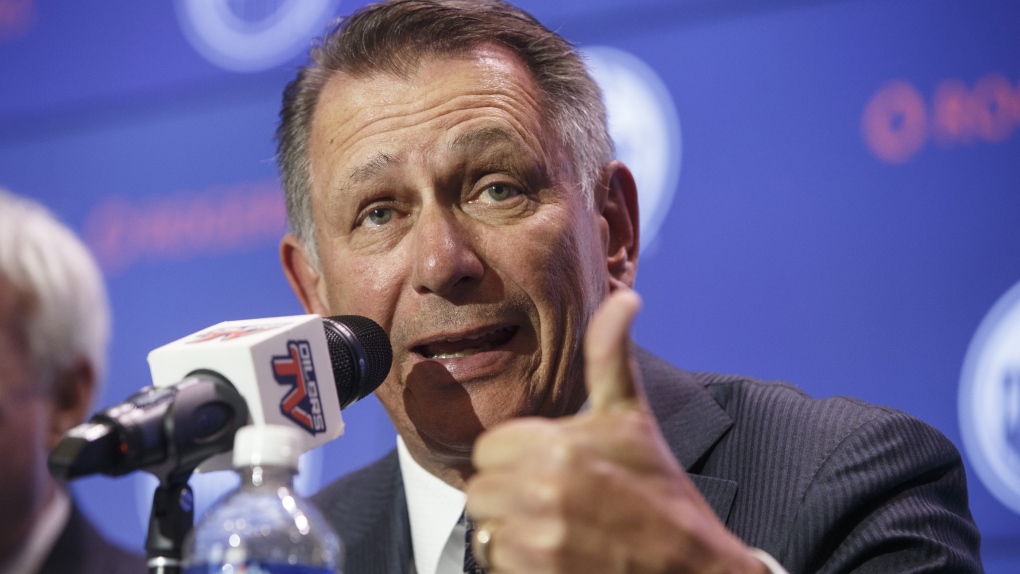 Ken Holland has experienced both sides of the NHL trade deadline.

A buyer for much of his time as general manager of the Detroit Red Wings, the shoe was firmly on the other foot his last three seasons in the Motor City with the team trending downwards.

"When I'm the seller, I'm answering the phones and I've got somebody that people want -- I control it a little bit more," said Holland, now GM of the Edmonton Oilers. "When you're a buyer, I'm making a call and telling somebody I'm interested in his player.

"It's poker. You're playing poker. That's the art of being a general manager at trade deadline time."

Some executives have already made moves -- including a few who have pushed their chips all-in -- with Monday's 3 p.m. ET cutoff just over the horizon.

New York Islanders GM Lou Lamoriello acquired veteran forwards Kyle Palmieri and Travis Zajac from the New Jersey Devils for picks and prospects last week, while the Florida Panthers cleared salary cap space to give themselves wiggle room by moving winger Brett Connolly as part of a package to the Chicago Blackhawks.

The Toronto Maple Leafs added depth centre Riley Nash from the Blue Jackets on Friday before Columbus made the biggest splash to date by sending bruising shutdown defenceman David Savard to the Stanley Cup champion Tampa Bay Lightning in a three-team deal Saturday that involved some deft salary cap gymnastics.

Then on Sunday, Leafs GM Kyle Dubas went further by acquiring veteran forward and pending unrestricted free agent Nick Foligno in a three-team trade that saw Columbus get Toronto's first-round pick in 2021 and a fourth rounder in 2022.

Columbus and the San Jose Sharks, who were included in the deal for salary cap purposes and got a fourth rounder in 2021 from Toronto for their trouble, will each retain 50 per cent of Foligno's US$5.5-million cap hit.

Despite the swaps already made, some notable names remain out there, including Buffalo winger Taylor Hall and St. Louis Blues forward Mike Hoffman, along with a number of depth options.

In a 56-game season shortened by the COVID-19 pandemic and greatly impacted by the realities of the crisis -- quarantines, arenas without fans or at reduced capacities hitting the bottom line, and a flat salary cap remaining at US$81.5 million for the foreseeable future -- GMs are navigating a unique deadline in 2021.

"I don't know if it's going to be as busy as in past years," Holland, whose Oilers currently sit third in the North Division, said this week. "But I think there's going to be some movement.

"The league is tight. Lots of teams think they can go on a playoff run. If you can get in, anything can happen."

Canadian franchises were given a boost last month when the federal government agreed to reduce the mandatory quarantine period for players entering the country from two weeks to one, coupled with daily testing.

That change -- having a new acquisition sitting around for 14 days is far from ideal -- could impact potential trades made by clubs north of the border.

"It makes it easier to justify making a deal," Holland said. "If you made a deal on Monday and then you couldn't have the player for two weeks, and then it's three, four days to get him in shape, it's not really two weeks."

"If you're on the (post-season) bubble and you might want to make a move and you're hoping that player is going to impact your team to play your way in, I think it's going to be more difficult," Holland said. "If you feel that you've got enough of a cushion between you and the fifth-place team (in the division) that you can wait for that player to go through that quarantine to get ready, it makes it a lot easier."

What's not easy is trade deadline day from a player's perspective.

"It's always an anxious time," Pittsburgh Penguins head coach Mike Sullivan said. "That's just the reality of the world we all live in."

But Leafs bench boss Sheldon Keefe, whose team sits atop the Canadian-based North Division and is 9-0-1 over its last 10 games, said he hasn't sensed anything like that from his group.

"Each year and each team is a little bit different," Keefe said. "The vibe I get and the conversations I've had with the team is it really hasn't been a factor with this season and this team. It doesn't seem to be weighing on the team in any way.

"Even the curiosity of it, I don't think, is much of a factor. The guys are just going about their business."

Toronto forward Alexander Kerfoot's name has been mentioned on and off in trade rumours, but he indicated there's no point in worrying about what comes before Monday at 3 p.m. ET.

"As players, you can't control what happens around the deadline," he said. "You've just got to go about your business."

The league's GMs will be doing the same.