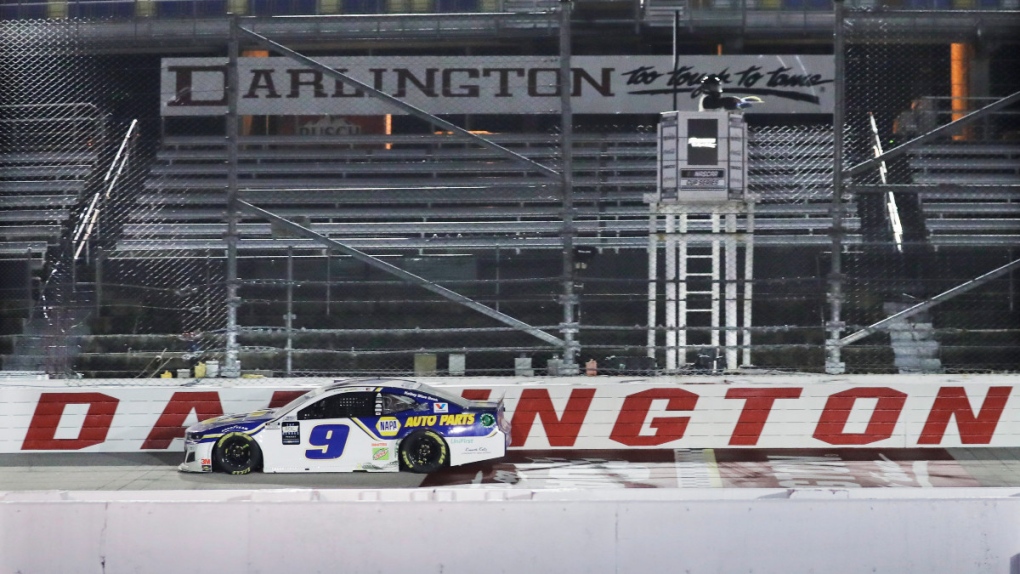 DARLINGTON, S.C. -- The return of Xfinity Series racing has been delayed once again by rain at Darlington Raceway on Thursday.

The race -- the first for the series since March 7 due to the coronvirus pandemic -- was originally set for Tuesday night, but heavy storms washed out that plan. Organizers were set to try again Thursday at noon and that, too, had to be put on hold because of rain at the old, country track.

The NASCAR Cup Series had a successful return at Darlington with two races this week.

Kevin Harvick earned his 50th Cup win when he took Sunday's race, the first for the series in 10 weeks. Denny Hamlin won a rain-shortened race Wednesday night, the first time the series ran on that day since 1984.

Xfinity hopes to bring NASCAR's reopening week to a successful conclusion -- whenever the rain lets up.