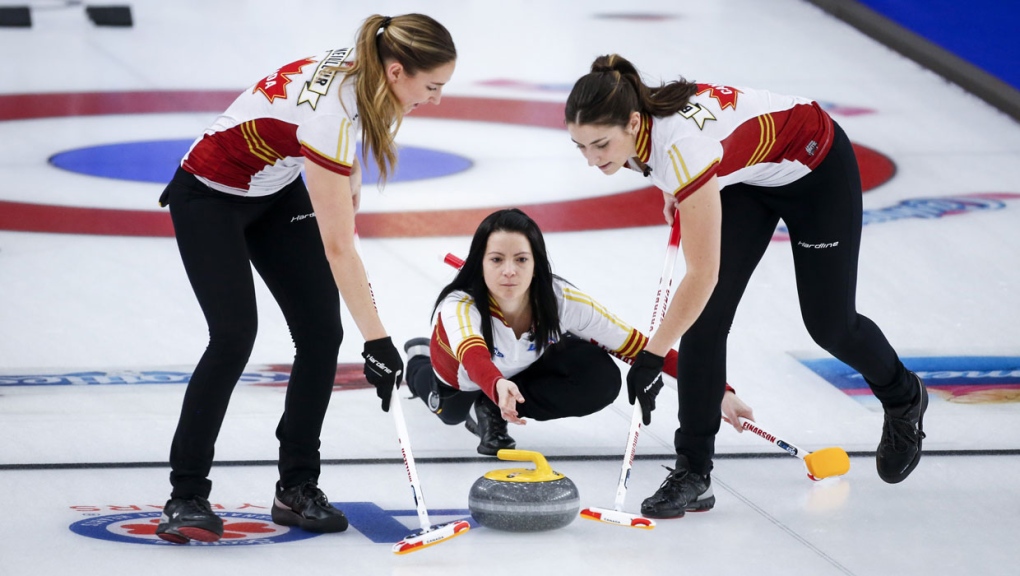 The 2021 world women's curling championship is back on the calendar.

The event has been added to the list of bonspiels that will be held in the Calgary bubble at the Markin MacPhail Centre. Competition is set for April 30-May 9, the World Curling Federation said Friday in a release.

The world championship was originally scheduled to be held March 19-28 in Schaffhausen, Switzerland. That plan was scrubbed last month after Swiss health authorities declined to provide permission due to COVID-19 concerns.

The Canadian women's curling championship kicked off play last month in a spectator-free, controlled environment at WinSport Arena on the grounds of Canada Olympic Park.

Kerri Einarson's Manitoba-based team repeated as Scotties Tournament of Hearts champions and will represent Canada at the world championship.

The addition of the WCF event brings the list of curling bubble events to seven. The Canadian men's championship was set to begin Friday night and run through March 14.

Many top international women's teams will already be in Calgary ahead of the worlds to play in the Slams. The Champions Cup is set for April 14-18 and the Players' Championship will be played April 20-25.

The world women's championship serves as the main qualifier for the 2022 Beijing Olympics. The top six finishers will earn berths for their countries at the Games.

"We are delighted to have reached an agreement to hold the LGT world women's curling championship in the Calgary bubble," WCF president Kate Caithness said in a statement. "This is a vitally important championship for Olympic qualification.

"We are extremely grateful to Curling Canada and all our stakeholders for their willingness to work together, and at such short notice, to ensure that qualification for Beijing 2022 happens on the ice and in competition."

Einarson's team defeated Ontario's Rachel Homan to win the Hearts title last Sunday. It was a rematch of the 2020 final.

Einarson was denied the opportunity to play at last year's world championship in Prince George, B.C., after that event was cancelled last March.

"The protocols that have been in place for the early events in Calgary have proved successful in keeping athletes, officials and the host city safe, so we feel good about this plan carrying on successfully through to the end of the LGT world women's curling championship," said Curling Canada CEO Katherine Henderson.

"Our board of governors has been truly supportive of our plans from Day 1 as we started down this road, and then as this late situation presented itself, they again stood behind us. It is a result of the positive relationships between our board and the World Curling Federation that we have been entrusted with this opportunity."

Einarson was guaranteed the Canadian spot if the 2021 world championship was rescheduled for this season.

If the event was pushed to the 2021-22 campaign, Curling Canada said the Hearts winner would be "factored in" to the representation decision.

The Canadian Olympic Trials will be held Nov. 20-28 in Saskatoon. A last-chance WCF qualifier is planned for December to fill out the 10-country field for Beijing next February.

The WCF also changed the dates for the world mixed doubles championship -- also an Olympic qualifier -- on Friday.

Originally set for April 24-May 1, it will now be played from May 16-23. An announcement on a host city will be made at a later date, the WCF said.