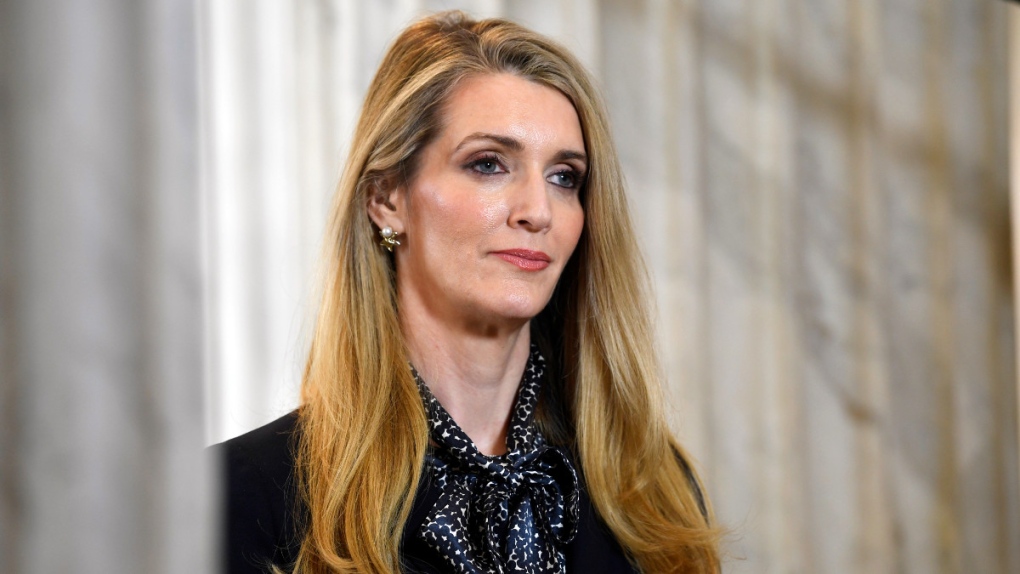 Loeffler, who spoke out publicly against the league's social justice plans and sent a letter to WNBA Commissioner Cathy Engelbert objecting to the initiatives to honour the Black Lives Matter movement once the season began last month, is facing opposition from Raphael Warnock. He is a Black pastor in Atlanta.

Players from the Atlanta team, as well as players from the Seattle Storm, Chicago Sky and Phoenix Mercury, wore “Vote Warnock” on T-shirts before their games on Tuesday.

Storm point guard Sue Bird, a four-time Olympic gold medallist , came up with the idea, and players had conference calls with Warnock before the show of support.

Dream forward Elizabeth Williams used social media to explain the decision on Tuesday. She expanded on it during a zoom call Wednesday.

“It was something we talked through and wanted to be strategic, intentional about our words and language,” the Dream's captain said. ”We wanted to make sure whatever action was taken that we felt like in doing so all the ideas we had been focused on weren't lost.”

Williams, who is registered to vote in Georgia, said that wearing the shirts was optional and that she thought the teams playing Wednesday night would also wear them.

One of the initiatives that the players came into the season was to get people to vote. The shirts were taking it a step further by supporting a specific candidate.

Loeffler blasted the league in a statement Tuesday night, decrying what she calls “cancel culture.”

“This is just more proof that the out of control cancel culture wants to shut out anyone who disagrees with them. It's clear that the league is more concerned with playing politics than basketball,” she said.

Warnock has been endorsed by a slate of state and national Democratic leaders. He also issued a statement in response to the support.

“Senator Loeffler and those like her who seek to silence and dismiss others when they speak up for justice have planted themselves on the wrong side of history,” Warnock said. “We are in a moment of generational, transformative change, and there is no place in that movement for bigotry. We celebrate the courage and resolve of these players standing for justice, and I am proud to stand with them.”

Loeffler is a wealthy businesswoman who took office earlier this year after being appointed to the Senate by Republican Gov. Brian Kemp. Warnock is pastor of the Atlanta church where the Rev. Martin Luther King Jr. once preached.

They are two of the top candidates in a crowded field running in a Nov. 3 special election for Loeffler's seat. All candidates will face off against each other in one big jumble in November. If no candidate tops 50% of the vote, the top two finishers will advance to a runoff in January.

Other top candidates in the race include Republican U.S. Rep. Doug Collins and Democrat Matt Lieberman, the son of former senator and vice-presidential candidate Joe Lieberman.

Loeffler was chosen by Kemp in part to appeal toward suburban women, who have drifted away from the Republican party since President Donald Trump's election. But after Collins, a Trump loyalist popular with the conservative base in Georgia, joined the race in January, Loeffler has increasingly staked out staunchly conservative positions to guard against attacks from the right.