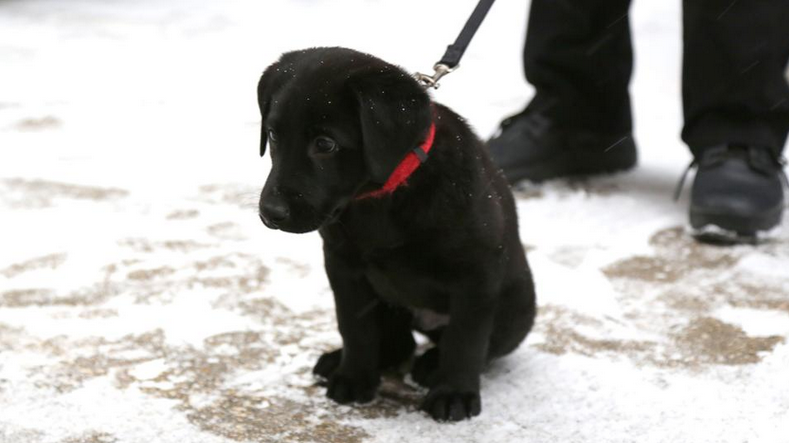 The Winnipeg Jets have hired a new puppy to join the security team around Bell MTS Place and need help with naming the adorable pup.

The final name options are Benny, Ducky, Lenny/Kroppy and Scout. Voting ends at midnight on Wednesday.

“Lenny/Kroppy” is a reference to late Winnipeg Jets superfan and Second World War veteran Leonard Kropioski, who passed away before the start of the 2016 season at age 98.

Once training is complete, the puppy will join the Jets’ Explosive Ordnance Disposal team.

The winning name will be unveiled Friday during a Winnipeg Jets viewing party as they play against the Vegas Golden Knights.

We want your help to name our new security puppy!

Will it be Benny, Ducky, Lenny/Kroppy or Scout?