Why do soccer players miss penalty kicks? It’s all in the brain, study shows 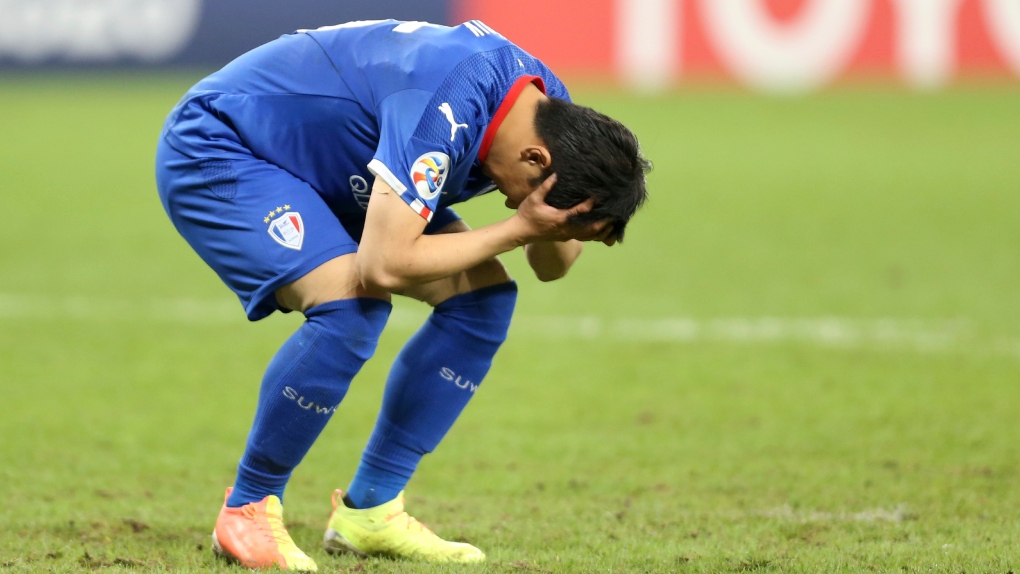 TORONTO -- Why do some athletes choke while others succeed in high pressure moments? A brain study on soccer players who miss during those hushed, tension-filled penalty kicks may provide a clue on why they’re unsuccessful.

The study released Friday in the Frontiers in Computer Science journal analyzed the brain activity of both experienced and inexperienced soccer players in low pressure and high pressure moments during penalty kicks.

Through the data, they found that the motor cortex section of the brain, which is the part of the brain that controls the body’s voluntary movements, was not activated as much when players were experiencing anxiety around the penalty kicks.

Instead, the prefrontal cortex – the section of the brain that directs your focus and attention to something and processes your decisions – is activated more when players were feeling anxious, causing them to miss their penalty kicks.

A mental performance consultant, who wasn’t part of the study, said anxiety and pressure could freeze an athlete’s brain.

“The pathways that are normally activated and communicating really well with each other aren’t anymore,” Laura Mallette, a mental performance consultant based in Ontario, told CTVNews.ca.

“It sort of freezes your movements and makes you think that much harder about what you’re doing, and it makes everything become this more thoughtful. You’re thinking about every piece and parcel that goes into doing and making that motion.”

For more experienced soccer players, the study found that their left temporal cortex – which has a hand in controlling their memory and comprehension of concepts – is often stimulated more when they’re in these high pressure situations.

Researchers say this can be attributed to a self-focusing theory, where the athlete is feeling so much pressure that they’re actually overthinking how to score a goal.

“When you’re well practised at it and you’re good at it, then you want it to be automatic. You don’t want to have to think about it because that’s when those mistakes start happening,” said Mallette.

“Those skills that are now brought into your awareness and you’re more conscious of it and you’re trying to control it, whereas normally in any other context or training environment, you would just run up and kick the ball and you wouldn’t think too hard about it.”

Another look at why soccer players may be missing a penalty kick is what the study describes as a distraction theory. Through player assessments, the more experienced players only looked at the goalie briefly before scoring, whereas inexperienced soccer players looked at the goalie for a longer period of time and were not as successful in scoring a goal through a penalty kick.

The study says that when looking at the goalie for an extended period of time, it allows the anxiety to take over the brain and makes you focus more on the pressure of the situation, rather than executing the skill.

Brenley Shapiro, sports psychology and performance coach and cognitive behavioural psychotherapist, said focusing on the goalie and on external factors gives them power, which ends up taking away from the athlete.

SO HOW CAN ATHLETES TAKE CONTROL DURING HIGH-PRESSURE SITUATIONS?

“Put down the pressure gun”

Shapiro says in her practice, she tells her athletes to “put down the pressure gun” and think of the concept of pressure as an illusion.

“The body doesn’t know the difference of real danger or perceived danger…when we go into that pressure mode and have that pressure gun to your head, your body’s doing exactly what it’s supposed to do because it just believes that you’re in a threat situation,” she said.

“If the pressure is off and you can do it, that means you have the skill and the ability to do it. The only thing that changes is your perception of it, so we generate that illusion and we create the pressure that’s sort of self-manufactured.”

Shift your perspective on pressure

Shapiro said that she likes to teach her athletes to shift their perspective on the situation and to look at pressure as a privilege. By doing this, she says you’re able to keep the adrenaline at a manageable level.

“If it’s a big moment, what a privilege it is to actually be here in a championship game and have an opportunity,” she said. “If we can perceive it as privilege, I can embrace the nerves…I can breathe, I can try and slow it down to calm things down a bit, I can take a minute to think about what I want to do.”

Identifying it as a challenge instead of a threat

Asking yourself whether you’re in challenge or threat mode is another strategy Shapiro uses with her athletes. Often times when a player has that perception that they need to score, it almost becomes a threat because the focus is on the outcome. Instead, she suggests to shift the thinking into a challenge and to put the focus on the process.

“Remind yourself that I’ve done this thousands of times before, I know how to do that, I am going to let go out of the outcome, and I’m going to focus on the process,” she said. “Let me think about what my strategy is, let me look at them, let me figure out where my shots are going to go, and let me aim for that target spot.”

Shapiro said that with these performance cues, athletes will be better able to trust in their abilities and focus on their strategy.