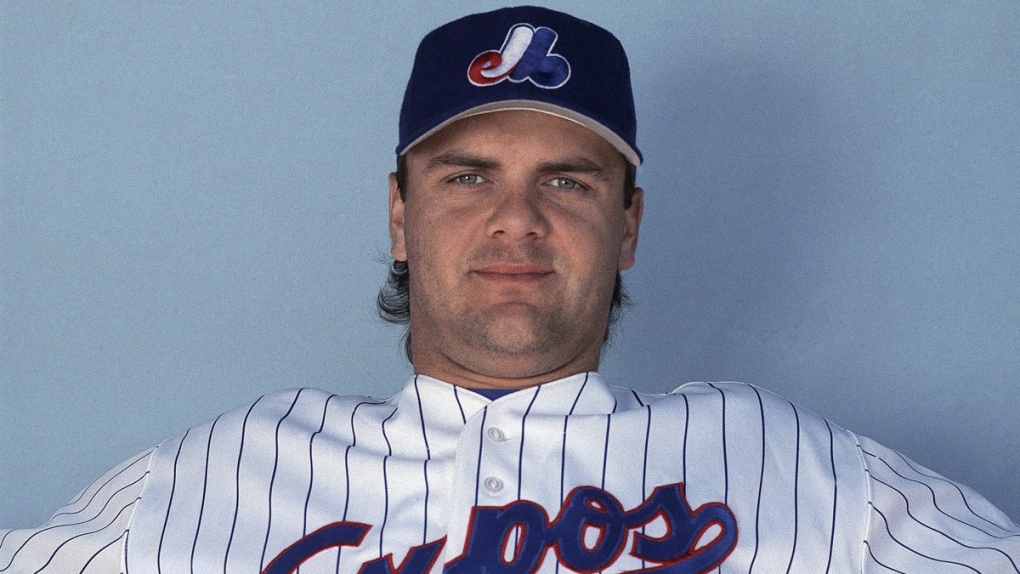 It wasn't until after the 1997 National League MVP retired that Votto, an MVP winner himself, started to fully appreciate Walker's accomplishments.

"Sometimes you don't know how good someone is until you give it a little time and can step back and see how special they are," said Votto, a six-time all-star with the Cincinnati Reds.

"Larry is one of those examples.

"I got to watch old film of him, I got to talk to his peers, I got to know him, and I looked at his career statistically and it completely changed my perspective of him."

Votto isn't the only one who's experienced a shift in perspective when it comes to Walker.

The former Colorado Rockies and Montreal Expos slugger is on the National Baseball Hall of Fame ballot for a 10th and final time, and he could finally break through after years of missing the 75 per cent threshold needed for induction.

"How you can jump to 80 per cent over a 10-year time frame, the numbers are always what they are," said Justin Morneau, another Canadian MVP winner. "Is it just now that voters have a different perspective, or are they realizing 'hey, this guy deserves to be in the Hall of Fame and this is his last chance'?

"It's surprising to me that he didn't get as much attention before. I think playing in Colorado worked against him, the perception of that."

Walker, a career .313 hitter, spent 10 seasons at hitter-friendly Coors Field. But he still had solid numbers on the road, including an .865 on-base plus slugging percentage that's higher than the total OPS of some current Hall of Famers -- George Brett, Tony Gwynn, Reggie Jackson and Roberto Clemente included.

"Obviously (Colorado) is a good place to hit and there have been some batting champions to come out of there, but not everyone who's played there has put up those numbers," Morneau said.

As extraordinary as the numbers are, Votto said he's been most impressed with the way Walker's contemporaries have described him.

"I trust the players before me when they say this guy was an unbelievable player, he was an all-around player, a guy who was among the best players of his generation and a clear Hall of Famer," Votto said. "Because I didn't get to see him at his best, I trust the guys who did see him and can say 'this guy was fantastic.' That's really all I can go off of.

"There are some players when you know, you know. And everyone says Larry was a special player."

While Votto grew up in Toronto -- with limited access to televised Rockies games -- Morneau, of New Westminster, B.C., was always much closer to Walker's influence.

The two formed a bond early when Walker sent Morneau some of his bats while the younger Canadian was in double-A. The package came as a surprise to Morneau, who wasn't aware he was even on Walker's radar.

A few years later Morneau made his MLB debut in an interleague game in Minnesota against Walker's Rockies. Walker sent Morneau an autographed bat before that game with the inscription: 'to Justin, make Canada proud.'

Morneau, the 2006 American League MVP, ended up playing in Colorado later in his career, wearing Walker's No. 33 as an homage to his idol. While the number isn't officially retired by the Rockies, he still had to get Walker's permission to wear it.

"I guess he had to call them on my behalf and say 'hey, yeah, let him where it,"' Morneau said with a laugh. "They said I should have come up to 'Crazy Train' like he used to but I wasn't going to go that far."

Walker has continued to stay involved in the Canadian baseball community, serving as a hitting coach with the men's national team on multiple occasions.

St. Louis Cardinals outfielder Tyler O'Neill, who's also from Maple Ridge, is among those who have benefited from Walker's expertise. The two first met when Walker helped coach Canada's team at the Pan American Games in Toronto in 2015.

"He was the biggest baseball influence in our area. I mean, I used to practise at Larry Walker Field," the 24-year-old O'Neill said. "Any time you can have a guy like that as your hitting coach is a plus.

If elected, Walker would be just the second Canadian into the Hall of Fame in Cooperstown, N.Y., joining pitcher Fergie Jenkins of Chatham, Ont., who was inducted in 1991.

Morneau said Walker's addition could have a lasting impact on Canadian baseball.

"I don't know if validation is the right word, but if he gets in it almost feels like we all get in," Morneau said. "He's the guy we all looked up to.

"When he was coming along there were just so few baseball players from Canada and he opened the door for all of us and made it OK for teams to draft Canadian players, to take a chance on us Canadian guys."

This report by The Canadian Press was first published Jan. 17, 2020