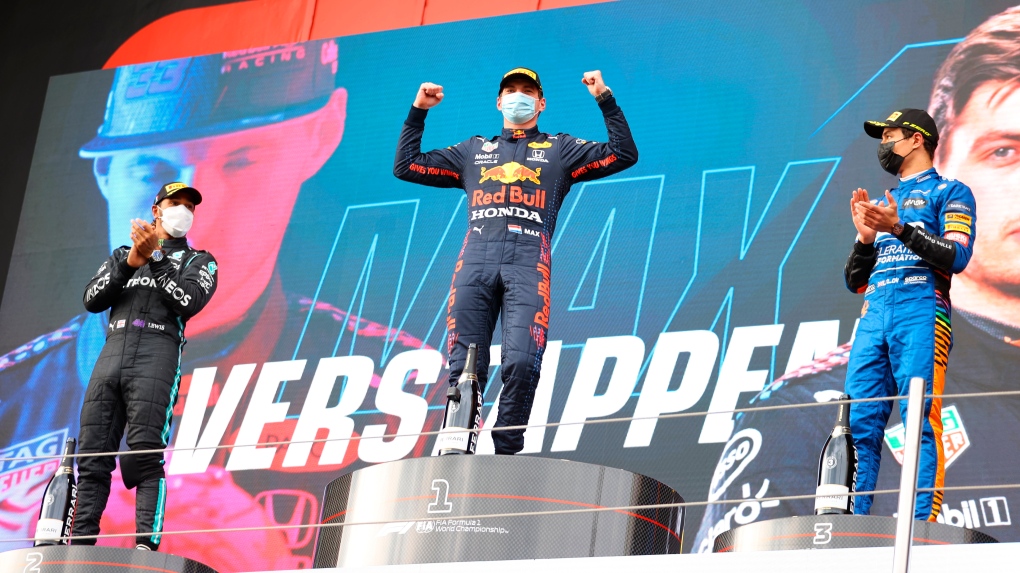 Verstappen led for the majority of the race on the wet Imola track with the Red Bull driver beating Hamilton by 22 seconds for the 11th win of his career.

Hamilton, who won the season-opening Bahrain GP last month, showed all his skills to make his way back up the field after falling as far back as ninth following an incident just before the halfway point of the race.

Lando Norris was third, 23.702 behind Verstappen.

Hamilton started on pole but was overtaken by Verstappen at the start. The British driver was running a comfortable second until he slid off the track, through the gravel and into the wall on lap 31. He managed to return to the track eventually but had fallen all the way down to ninth.

A short time later, Bottas and Williams driver George Russell were involved in a crash -- which will be investigated after the finish -- and the race was red-flagged on lap 34 with debris from their cars scattered across the track.