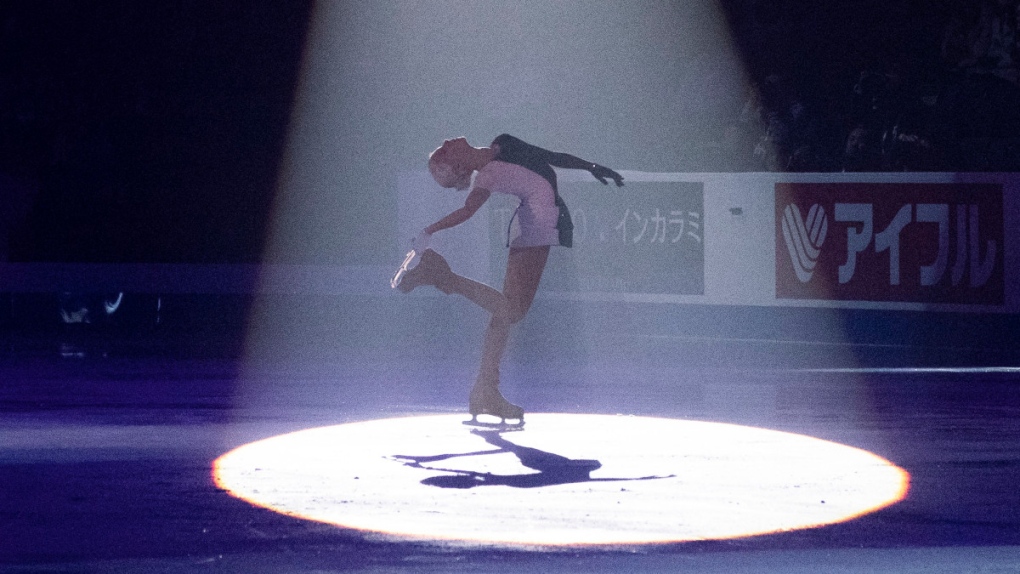 At the closing gala at Skate Canada International in Kelowna, B.C. on Oct. 27, 2019. (Paul Chiasson / THE CANADIAN PRESS)

Nearly 80 years after Veronica Clarke's virtual retirement from competitive figure skating, her children are pleased to see she will be in Skate Canada's Hall of Fame.

Clarke was posthumously named a member of the class of 2019, set to be inducted in the 2020 season, 20 years after she died. The Toronto native is considered a pioneer in singles, doubles, and fours figure skating but retired from competition in her prime when she got married and moved with her husband to New Brunswick.

"When I heard about this induction I was gobsmacked. I said 'this is so wonderful,"' said her daughter Hilary Bruun. "We couldn't believe it."

Clarke started skating at the age of 10 but was in elite competitions within six years, putting together an impressive decade from 1928 to 1938. In that span she won 20 Canadian medals -- 10 of which were gold -- as well as three international medals.

But in 1938 she married Dr. C.H. Bonnycastle, who shortly afterwards was named the new headmaster of the prestigious Rothesay Collegiate School in Rothesay, N.B. Moving away from Ontario's competitive figure skating scene effectively brought Clarke's career to an end.

"I would think for someone with her experience and reputation to suddenly be cast into a different light where she couldn't really pursue her skating, ... it was probably disappointing," said Angus Bonnycastle, Clarke's son. "She finally gets some recognition for what she did and what she did is pretty remarkable."

Joining Clarke in the Hall of Fame's class in the professional category are coach Lee Barkell of Kirkland Lake, Ont., choreographer David Wilson of Toronto, and builder Audrey Williams from Vancouver.

On two other occasions, wider recognition escaped Clarke: she was poised to compete for Canada in the 1936 Berlin Olympics but her mother refused to let her go abroad.

Later, Clarke -- known for her toned legs from years of competitive skating -- was approached to be a model for a pantyhose company. Again, her mother refused to let her.

"My grandmother was furious. Can you imagine? So that was it," said Bruun. "I never forget that story. Oh there was still a rage many years later."

Neither Bruun nor Bonnycastle realized what an impressive career their mother had had until they were well into their teenage years. But they do remember that on Sunday afternoons at the school's arena, she could silence the crowd with her skill.

"Whenever she got on the ice people would just stop and watch her," said Bonnycastle, who still lives in Rothesay. "She was something that nobody around here had ever really seen before.

"Before the days of television and newspapers, photographs, nobody had actually seen figure skaters in action, really."

This report by The Canadian Press was first published May 21, 2020