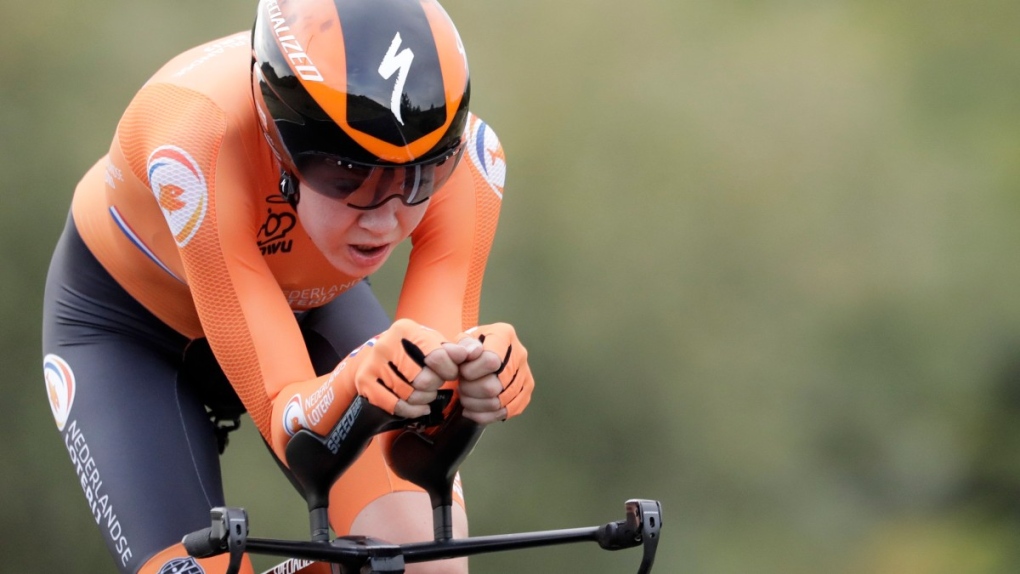 Van der Breggen was runner-up in the time trial at four of the previous five championships, and the Dutchwoman was in tears after finishing in Imola.

Marlen Reusser of Switzerland was second, 15.58 seconds behind, and Ellen van Dijk third over the 32-kilometre (20-mile) route which started and ended on the city's auto racing circuit.

"Getting second for many years, I would say that I really can't believe it yet," Van der Breggen said. "I had no idea, I just said to Danny Stam, my director in the car, `don't give me any time splits. It doesn't matter, I just want to go as fast as possible to the finish line.'

"I only heard on the finish line that I won."

Dygert was one of the favourites and had a lead of nearly half a minute at the intermediate checkpoint but the American appeared to lose control on a small descent and crashed into a roadside barrier, hurtling over it.

The 23-year-old was treated by medical staff at the side of the road before being transferred into an ambulance. USA Cycling tweeted Dygert was conscious and talking, but did not give details on the extent of her injuries.

It added that it would give a further update once "we have absolute clear confirmation as to her condition."

The 30-year-old Van der Breggen has already announced that she plans to retire at the end of next season.

The worlds were moved to Imola after Swiss host Aigle-Martigny backed out because of a government ruling limiting mass gatherings amid the coronavirus pandemic.

The revised event features only elite men's and women's categories, eliminating junior and under-23 races.