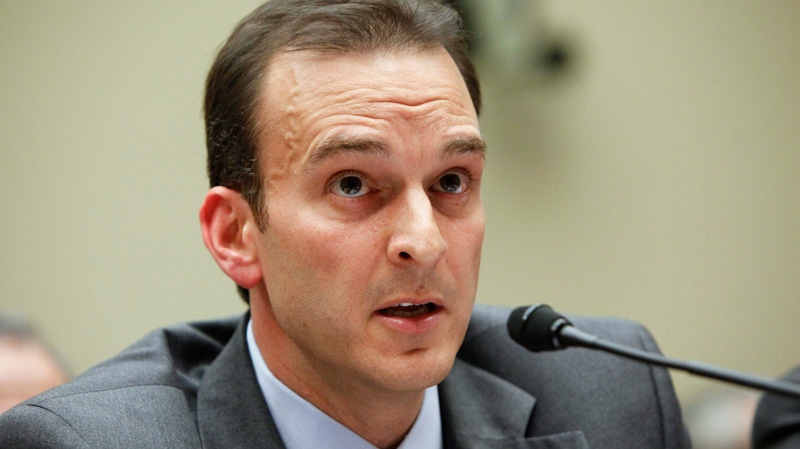 PARIS -- The head of the U.S. Anti-Doping Agency tightened security within his organization after receiving several death threats during his investigation of Lance Armstrong.

"The Armstrong affair has prompted death threats against me. I received three of them, individual initiatives, in my opinion. Once again, the FBI dealt with that," Tygart was quoted as saying in L'Equipe's interview from USADA offices in Colorado Springs, Colorado, adding that he had previously received a similar threat.

"We've only been really careful for the last two years. Before, it was an open door policy. But the BALCO case changed everything, we received death threats for the first time," Tygart said. "Two for Terry Madden, my predecessor, one for me and my family later when the (Floyd) Landis confessions first came out. The FBI dealt directly with all of that."

In August, Armstrong dropped any further challenges to USADA's allegations that he took performance-enhancing drugs to win the Tour de France from 1999-2005. A day later, USADA stripped Armstrong of his Tour titles and banned him for life. Armstrong has claimed Tygart has a vendetta against him.

"I accept being accused, mistreated. That's me, the public face of USADA. Am I a target? I won't shirk my responsibility," Tygart said. "The most important thing is to protect my team. And to maintain the respect of the athletes who don't cheat."

The International Cycling Union has yet to ratify USADA's decision to strip Armstrong, saying it needs to see evidence first.

Tygart assured that USADA will provide the files soon to the UCI.

"It is imminent, by the end of the month," Tygart said, adding that he has valid documents from French Anti-Doping authorities that confirm Armstrong's six positive doping tests for the banned blood booster EPO on the 1999 Tour, revealed by L'Equipe shortly after the 2005 Tour.

"Yes, absolutely. It's major proof, confirmation of his guilt," Tygart said. "But it's the ensemble of the proof and the testimonies that we have gathered which constitutes the proof of his cheating."

Armstrong effectively dropped his fight by declining to enter USADA's arbitration process -- his last option -- because he said he was weary of fighting accusations that have dogged him for years.

USADA said Armstrong's decision not to go to arbitration triggers the lifetime ineligibility and forfeiture of all results from Aug. 1, 1998, through to the present. It also maintains that Armstrong used banned substances as far back as 1996, steroids as well as blood transfusions.

Tygart said USADA is fully entitled to act beyond the eight-year statute of limitations normally applicable within the framework of the World Anti-Doping Code.

"This right no longer exists once the prosecution manages to prove that the athlete who cheated influenced the witnesses who could have proved his guilt during these years," Tygart said. "We are certain that this happened (with Armstrong) and we will explain this to the UCI when we give them the file."

Tygart also said that Armstrong could be called to testify against Johan Bruyneel, his former team manager at Postal during the years he dominated the Tour. Bruyneel has chosen to turn to USADA's Anti-Doping Review Board and be heard before their panel.

"I don't know what Bruyneel is hoping for. He has everything to lose," Tygart said. "Playing for time? Profiting from the inertia of the system? He will be heard before the end of the year. Lance Armstrong could be heard as a witness, under oath, like the others.

"There's no safety net in this game. If there's perjury, that's serious."

Under WADA rules, Armstrong could also lose other awards, event titles and cash earnings while the International Olympic Committee might look at the bronze medal he won in the 2000 Games.

Armstrong, who has always denied doping and points to hundreds of tests that he has passed, walked away from the sport in 2011 without being charged following a two-year federal criminal investigation into many of the same accusations he faces from USADA.

That investigation was suddenly dropped in February.

"I was surprised, like many people were," Tygart said. "I don't know what happened. It's a mystery."

"I won't understand if the UCI doesn't strip Lance Armstrong of his seven titles. The UCI will have to face up to its responsibilities in respect of USADA's conclusions," Fourneyron said in an interview with Le Monde newspaper. "I don't have all the elements of the file to hand but this process, when it reaches its conclusion, will no doubt shine a light on the times when there were flaws. And there were flaws, there's no doubt."

Like Tygart, she also praised the work of the French Anti-Doping Agency.

"The AFLD and its former president, Pierre Bordry, played a crucial part in the Armstrong affair. They had to resist different pressures," Fourneyron said. "Personally, I will be very vigilant in ensuring that there is no political interference in the fight against doping ... The (AFLD'S) independence must be respected."