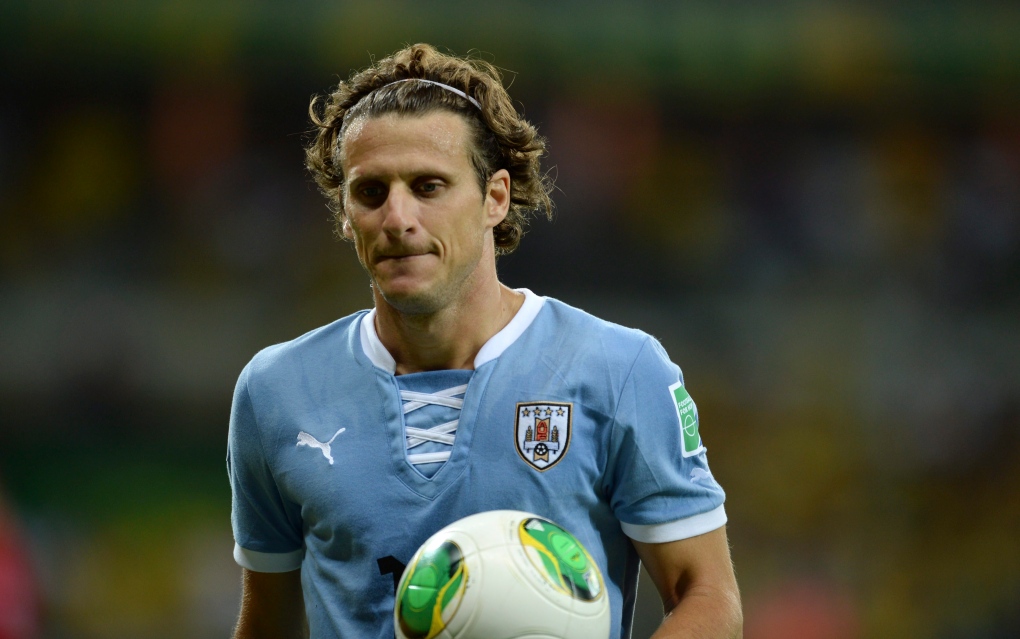 Toronto FC fans hoping to see another dismal season turn around with the addition of Uruguayan soccer star Diego Forlan may be out of luck for now, after the striker denied reports he was signing with the Canadian club.

Rumours swirled over the past week that Toronto’s team – struggling with the second-worst record in Major League Soccer – would nab Forlan from his Brazilian club Sport Club Internacional early this week when the league’s international transfer window opens.

Unfortunately the whistle was blown a bit prematurely.

“I said I would like to play in the United States, also in the Middle East,” he told reporters on Monday, dispelling the rumors.

“But I have a contract here for another two years. I’m very happy here and I have a contract. Today you know, there are so many websites on the Internet to see if the source is right or not,” he continued.

The Washington Post originally published a story last week claiming the team was set to sign Forlan to their roster. Reports continued as late as Sunday by The Globe and Mail, also stating Forlan would join the Reds.

However, it doesn’t seem like Forlan has plans on going anywhere.

“But I would like to stay at Inter, until not only the (2014) World Cup, but until the end of the contract,” he added.

Forlan was awarded the 2010 World Cup Golden Ball after scoring five goals and leading Uruguay to the semi-finals – the furthest the country has progressed in the international tournament since 1970.

The 34-year-old also made headlines last month at the Confederations Cup when he became the first player to make 100 international appearances for Uruguay.

Bringing big names to soccer clubs is not foreign to Tim Leiweke, Maple Leaf Sports & Entertainment’s new CEO. Prior to taking over in Toronto, he ran the show for the LA Galaxy and famously signed soccer stars David Beckham and Robbie Keane to the squad. Leiweke has made it his priority to turn Toronto FC around and shake things up with the addition of big names who will make an even bigger difference on the field.

Even without Forlan, TFC has recently welcomed a new addition to the team. Toronto acquired midfielder Michael Thomas from Sporting Kansas City on July 2 in exchange for a second round draft pick in the 2015 draft.

Besides holding the second-worst record in the league, Toronto FC is currently in second-last place in the eastern conference and is 13 points away from making this year’s playoffs. The team has never made the playoffs.