Unvaccinated players can compete at Australian Open after quarantine: report 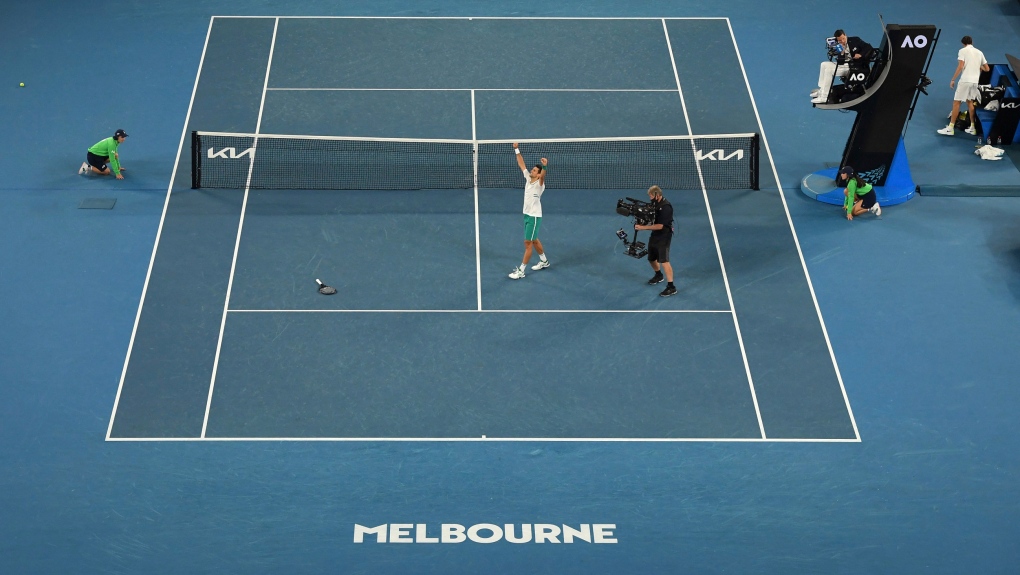 Unvaccinated athletes will be able to take part in next year's Australian Open after undergoing 14 days of quarantine, the WTA Tour has told its players, according to an email leaked to U.S. media.

The email, obtained by freelance tennis journalist Ben Rothenberg, contradicts a statement made last week by Australia's immigration minister that players would need to be double vaccinated to get a visa to compete at the Grand Slam.

A significant proportion of players on the women's WTA and men's ATP tour remain unvaccinated, and men's world number one Novak Djokovic has declined to disclose his vaccination status.

In the email, the WTA said it wanted to "clear up false and misleading information" about the conditions players would face at the Australian Open.

The WTA said the information came from organizers Tennis Australia, who had requested players keep it confidential for "a few days" as they were still discussing the details with the government.

Tennis Australia declined to comment on arrangements for unvaccinated players, including quarantine.

"We are optimistic that we can hold the Australian Open as close to pre-pandemic conditions as possible,” the governing body said in a statement.

All players who arrived from overseas for the 2021 edition of the Australian Open had to undergo two weeks of quarantine, although most were allowed to leave their hotels to practice.

He did not expect a decision for another couple of weeks.

Victorian Premier Daniel Andrews said last week there would be no special deals for unvaccinated players to compete in the state, where vaccination is mandatory for athletes, coaches and officials in professional sport.

Pakula said TA boss Craig Tiley had told him the vaccination rate among tennis players was nearly 80 per cent.

He confirmed fully vaccinated players would not have to quarantine on arrival in Australia.

"The one thing that we have assured them all, is that the vaccinated players will be treated the same way as any other vaccinated entrant to the country," he said.

From Nov. 1, fully vaccinated citizens and permanent residents and their overseas-based family members who arrive in Sydney and Melbourne will no longer need to quarantine.

The WTA email said Australian Open qualifying, which was moved to the United Arab Emirates for the 2021 tournament, would take place at Melbourne Park as normal.

The Australian Open is scheduled to start on Jan. 17.