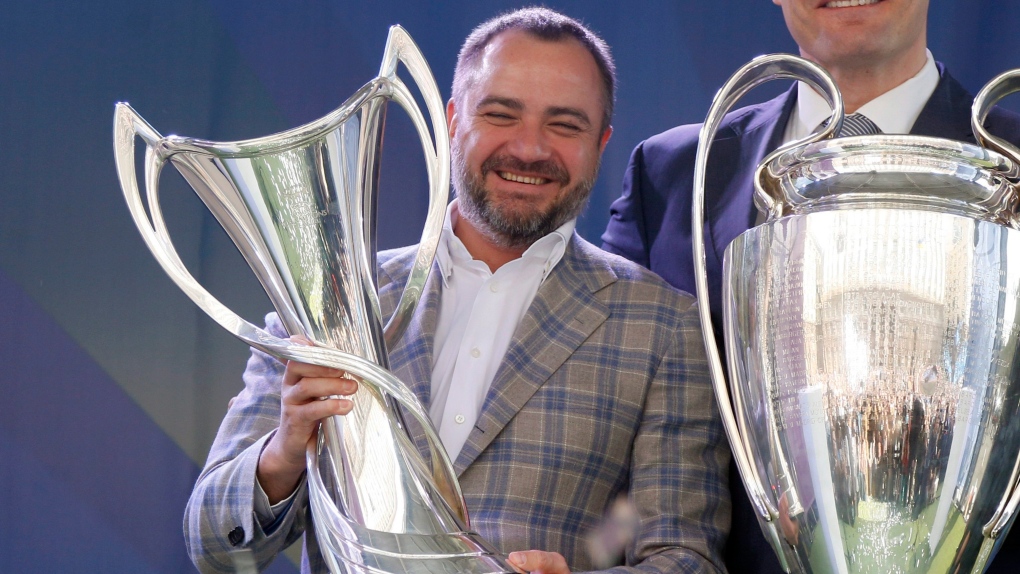 KYIV, UKRAINE -- A Ukrainian soccer team has found 25 cases of the coronavirus among players and staff.

The Ukrainian soccer association said Tuesday the positive results at Karpaty Lviv came from 65 tests. None of the players or staff members have been named.

The Ukrainian league restarted last week without Karpaty. The team's first game was called off a day earlier because of suspected virus cases and the league has now postponed two more of its matches.

Karpaty said that it still plans to finish its schedule of games as planned. For that to happen by the league's planned end date of July 19, Karpaty and its opponents would face a packed run of rescheduled games.

Karpaty said everyone who tested positive is in isolation and that training has been cancelled ahead of a two-week quarantine period.

Karpaty player Egor Nazarina told Ukrainian TV channel Futbol on Tuesday that he didn't believe anyone at the club had displayed symptoms of COVID-19. Nazarina also cited 26 cases at the club. The reason for the discrepancy wasn't immediately clear.

Karpaty is in last place in the 12-team Ukrainian league. The competition has teams split into two groups for the final phase, meaning that Karpaty's postponed fixtures only affect teams in the lower half of the table and don't disrupt the title race, which has Shakhtar Donetsk 16 points clear at the top.