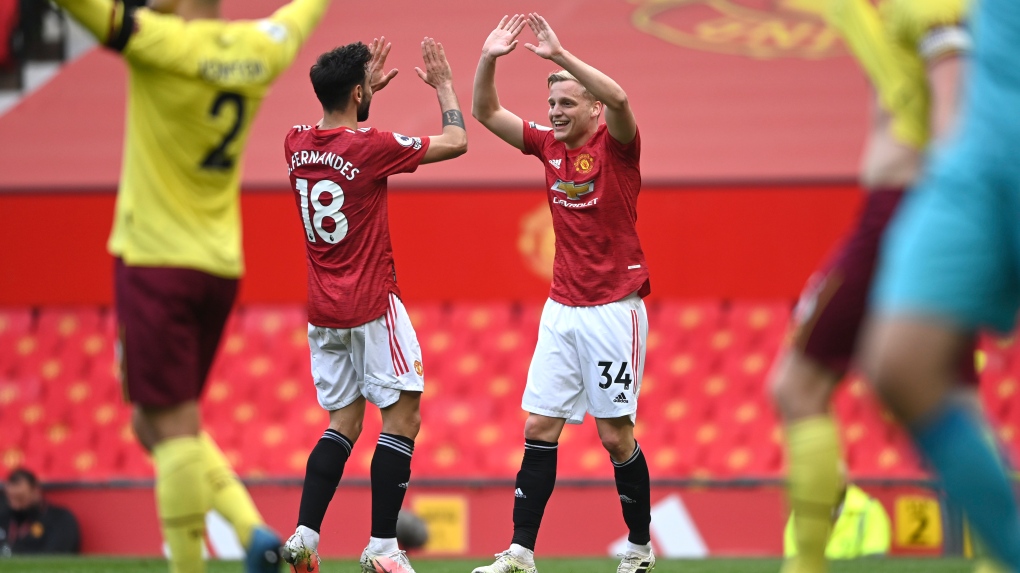 Citing irregularities and lack of impartiality, UEFA on Tuesday took legal action to remove the judge from a Spanish court case thwarting the attempt to punish Barcelona, Real Madrid and Juventus for their involvement in the ill-fated Super League breakaway.

The latest move by UEFA could eventually lead to disciplinary action restarting against the rebel clubs after it was abandoned on Monday night to comply with the ruling by the judge being challenged.

“UEFA has filed a motion for the recusal of the judge presiding over the current proceedings as it believes there are significant irregularities in these proceedings,” European football's governing body said in a statement. “In line with Spanish law - and in the fundamental interests of justice - UEFA fully expects the judge in question to immediately stand aside pending the full and proper consideration of this motion.”

The Spanish league, which opposed the attempted creation of the Super League in April, said it had also filed a motion backing UEFA's case against the judge.

UEFA has also filed an appeal with the higher court of appeal in Madrid to remove judge Manuel Ruiz de Lara, in part highlighting his planned appearance at a conference next month discussing the Super League case.

“Recent events confirm a constant line that has raised unconfirmed suspicions about his partiality until this very moment, where we can no longer maintain that there is no lack of impartiality on the Judge Ruiz de Lara's side,” UEFA wrote in a filing seen by The Associated Press.

UEFA is hoping a ruling by the European Court of Justice in Luxembourg could back its attempts to eventually ban Barcelona, Real Madrid and Juventus from the Champions League as the clubs refuse to renounce the attempt to create a breakaway, largely-closed competition.

UEFA said in a statement it will “continue to take all necessary steps, in strict accordance with national and EU law, in order to defend its interests and - most importantly - those of its members and all football stakeholders.”

The UEFA case was launched in the fallout from the stunning launch of the Super League by 12 clubs in April. The plan to split from the existing Champions League run by UEFA collapsed within 48 hours after the English clubs - Arsenal, Chelsea, Liverpool, Tottenham and Manchester clubs United and City - pulled out amid a backlash from their own fans and the government. Three of the other Super League founding members - AC Milan, Inter Milan and Atletico Madrid - also quickly backed out.