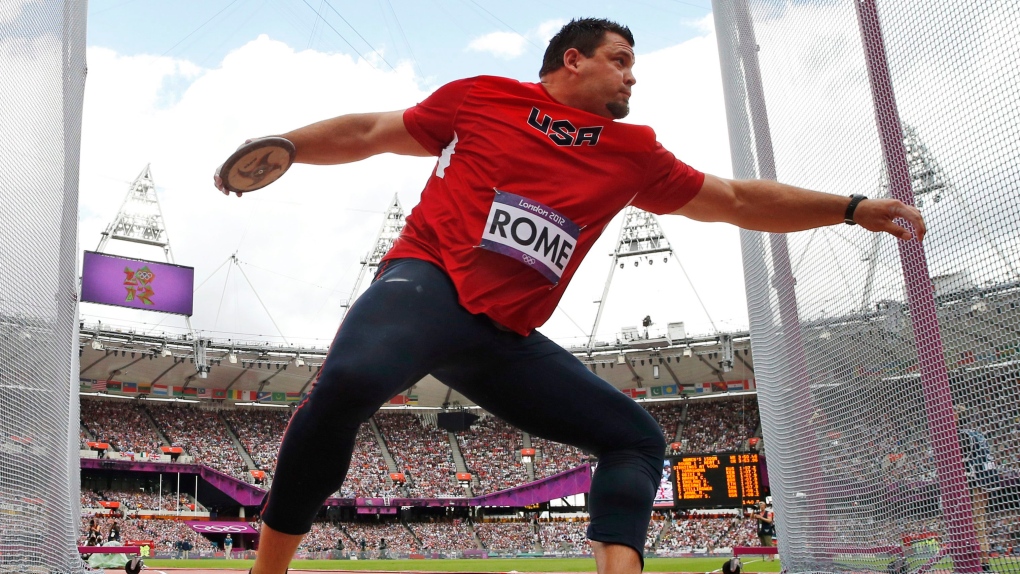 Jarred Rome takes a throw in the men's discus throw qualification round during the athletics in the Olympic Stadium at the 2012 Summer Olympics, London, Monday, Aug. 6, 2012. (AP Photo/Matt Dunham)

MARYSVILLE, Wash. - Medical examiners in Washington state have confirmed that an Olympic discus thrower found dead in his hotel room in September died from a fentanyl overdose.

KOMO-TV reports that Snohomish County medical examiners ruled that the death of 42-year-old Jarred Rome was an accident after discovering fentanyl.

The Washington state resident grew up in Marysville and attended Marysville-Pilchuck High School before he went on to represent the United States at Olympic Games in 2004 and 2012.

Authorities say Rome was in town to celebrate his induction into the county Sports Hall of Fame when he told friends he wasn't feeling well Sept. 20. He was found dead the next day.

Rome was a director at Ironwood Thrower Camp in Coeur d'Alene, Idaho and was Boston University track and field assistant coach.