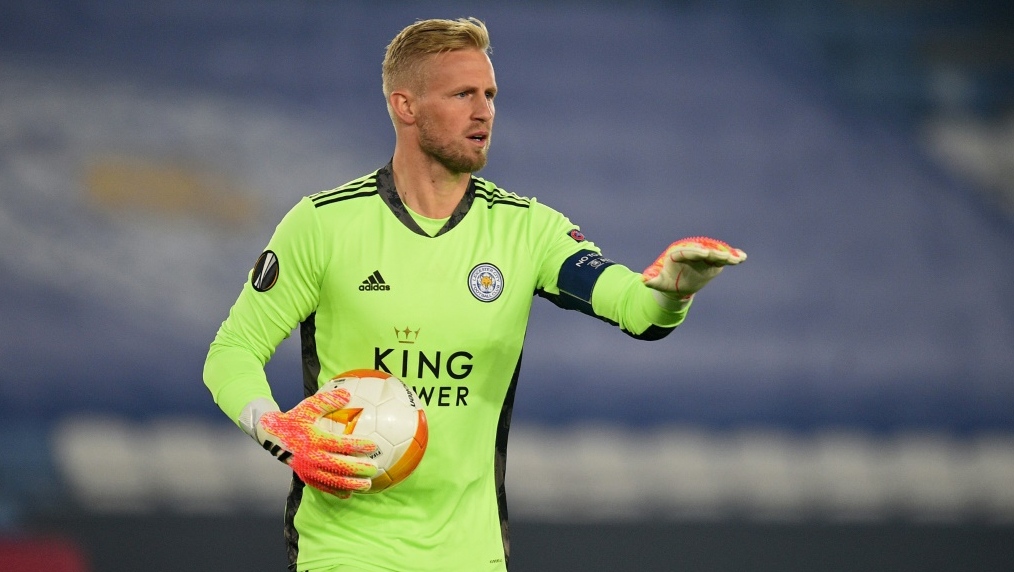 Denmark goalkeeper Kasper Schmeichel will not be available for Wednesday's friendly against Sweden. (AFP)

COPENHAGEN, DENMARK -- Denmark and Sweden will be without Premier League-based players for Wednesday's friendly in Copenhagen due to travel restrictions imposed by the U.K. government over a new coronavirus strain linked to Danish mink farms.

"We have seven players who have to stay in England and we have called up nine others for the match against Sweden," the Danish football federation told AFP on Monday.

The Swedish FA had announced Sunday that five players would be unable to join the squad for the same reasons.

"If the players have to quarantine for more than five days after meeting up with the team, there is no obligation for clubs to release the players," the Swedish federation said in a statement.

As a result Denmark will be missing the likes of goalkeeper Kasper Schmeichel, Andreas Christensen, Jannik Vestergaard and Pierre-Emile Hojbjerg.

Sweden will not be able to call upon Victor Lindelof, Robin Olsen or Emil Krafth although the trio are expected to be available for Nations League games against Croatia and France on November 14 and 17.

Denmark are also scheduled to host Iceland on Sunday in Copenhagen before travelling to Belgium three days later for their final group match.

"It's crucial for us to be able to field our strongest national team for decisive matches in the Nations League against Iceland and Belgium," said Denmark coach Kasper Hjulmand.

Last week Denmark, the world's biggest producer of mink fur, said it would slaughter more than 15 million minks after a mutated version of the new coronavirus was detected at mink farms and had spread to 12 people.

Britain on Saturday banned entry to all non-resident foreigners coming from Denmark, while ordering UK citizens and permanent residents returning from Denmark to self-isolate for 14 days.

Danish Prime Minister Mette Frederiksen said the cull was necessary as a variant of the SARS-Cov-2 virus could impact a vaccine's effectiveness.

Despite Pfizer success, a lot has to happen before vaccine rollout in Canada: experts

Under the sea: research says whales, dolphins and more could get infected by COVID-19

World may be tired, but virus 'not tired of us': WHO chief

Have questions about a COVID-19 vaccine? We want to know