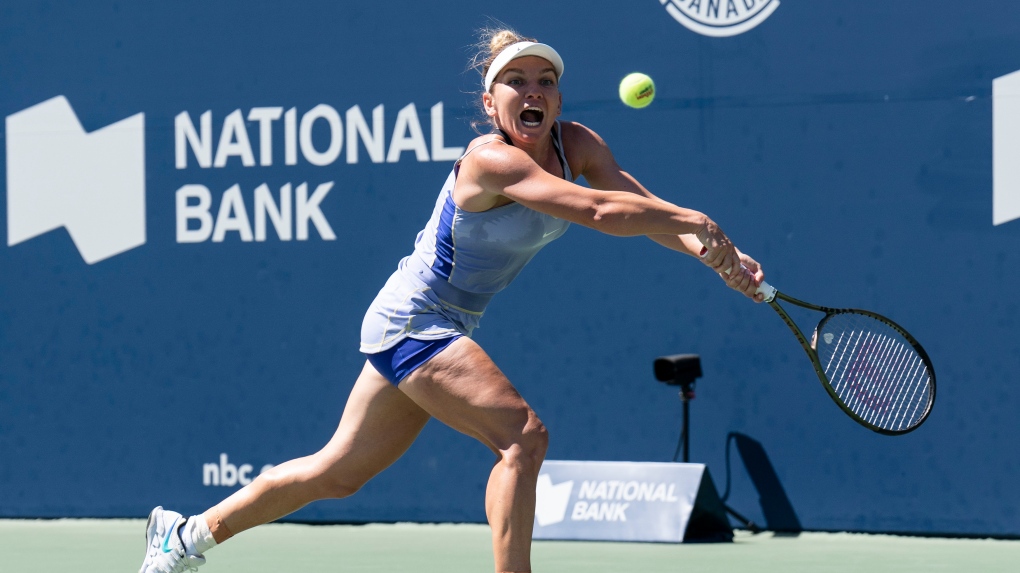 The Romanian moved on to the tournament's semifinal after beating Coco Gauff of the United States 6-4, 7-6 on Friday afternoon. Halep said she has evolved on and off the court since she last won what was then called the Rogers Cup four years ago.

"I've changed a lot, as a person as well," said Halep, who also won the event in 2016. "As a player, I don't know what exactly I did but I feel like I improved in many aspects. Then the pandemic came, so I think it was a little bit of a struggle for everybody.

The top six seeds in the tournament were eliminated by the Round of 16, making the seventh-seeded Jessica Pegula the top-rated player at the WTA event. She downed Kazakhstan's Yulia Putintseva 6-3, 6-3 in their quarterfinal match and will play Halep on Saturday.

Pegula said that despite being the highest seed left in the tournament, it doesn't mean she has a clear path to the second title of her career.

"I feel like these days anybody can do well," Pegula said. "And, of course, I play Halep who is a great champion.

"So no, never easy. It's nice to see I'm the highest seed but I don't really think it means anything at this point."

Halep and Pegula have never played each other before. During her post-match news conference, Halep glanced at a nearby television where Pegula was playing for match point against Putintseva.

Dabrowski and Olmos will play American Nicole Melichar-Martinez and Australia's Ellen Perez in the semifinal.

Gauff and Pegula then teamed up in their doubles quarterfinal, earning a 6-3, 2-6 (10) win over Demi Schuurs of the Netherlands and American Desirae Krawczyk to advance to the semis.

The American pairing will face Madison Keys of the U.S. and India's Sania Mirza, who defeated American Sofia Kenin and Putintseva 7-5, 3-6 (10) in last of the quarterfinal doubles matches Friday.

Halep and Gauff's quarterfinal was the only singles match at the National Bank Open on Friday with two seeded players. Gauff was the tournament's 10th seed and Halep is 15th.

Halep is now 4-0 in singles matches against Gauff on the WTA Tour. She said that the 18-year-old American is becoming increasingly dangerous as an opponent.

"She's a bit stronger. She hits stronger and the serve was much stronger today. Her backhand is always hard," said Halep, who last played Gauff in Madrid earlier this season. "I think she improved a lot since we played last time."

This report by The Canadian Press was first published Aug. 12, 2022.