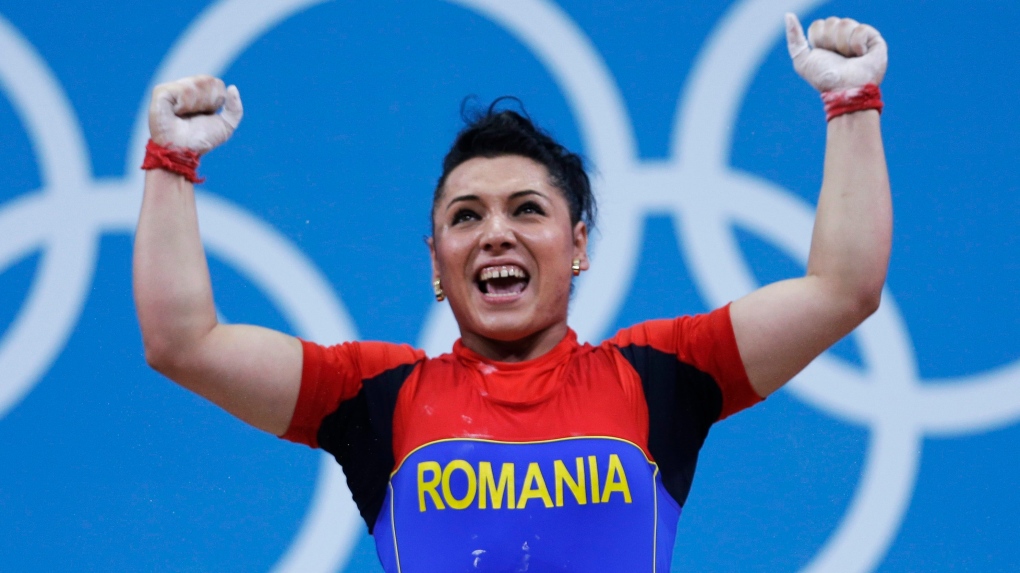 Romania's Roxana Cocos, pictured here competing in the 2012 London Olympic Games, will be stripped of her medal along with teammate Razvan Martin after their 2012 samples were re-tested using modern technology. (AP Photo/Hassan Ammar)

BUDAPEST, HUNGARY -- Two more weightlifters face being stripped of their medals from the 2012 Olympics over doping.

The International Weightlifting Federation has said Romanians Roxana Cocos and Razvan Martin are suspected of using banned steroids after their 2012 samples were re-tested using modern technology.

They join more than 50 other lifters who have failed re-testing from the 2008 and 2012 Olympics, which has left the medal standings in weightlifting almost unrecognizable compared to the original results.

Cocos is the silver medallist in the women's 69-kilogram category. If she is disqualified, Kazakh lifter Anna Nurmukhambetova would inherit second place, while Ubaldina Valoyes of Colombia would move up to the bronze spot.

Martin won bronze in the men's 69kg event, and his medal could pass to North Korean Kim Myong-Hok. Martin's already been banned once for doping from 2013 to 2015.

A Turkish lifter who didn't win a medal, Erol Bilgin, could also be disqualified. He was eighth in the men's 62kg event.

The results come at a time when the IWF is itself under pressure over alleged doping coverups and financial irregularities, something the organization denies.

The International Olympic Committee has called for the allegations -- first reported by German broadcaster ARD -- to be investigated by the World Anti-Doping Agency.