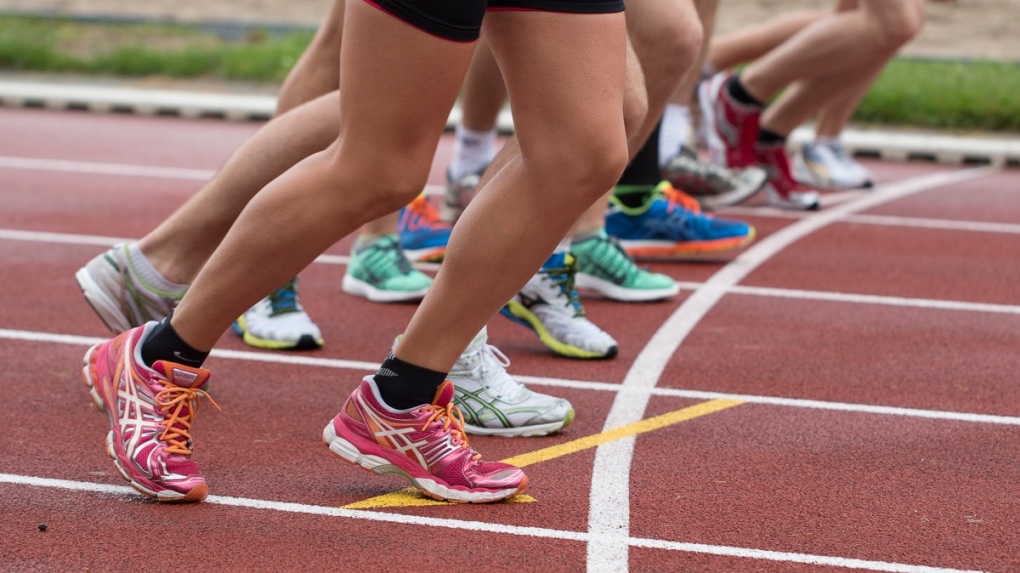 Track runners are seen in this file image. (Pexels)

The first major domino tipped in the wake of the Olympic postponement on Wednesday when track leaders rescheduled next year's world championships for July 2022, setting up a busy summer for a sport that would normally be taking a breather.

Track worlds are one of the largest global sporting events this side of the Olympics, drawing around 1,800 athletes from more than 200 countries. But unlike the International Olympic Committee, which postponed its centerpiece event by exactly 52 weeks due to the coronavirus pandemic, World Athletics had to pick dates to co-ordinate with other events already on the 2022 calendar.

It chose a spot 49 weeks after the original dates of Aug. 6-15, 2021, which are now dates that overlap with the end of the rescheduled Tokyo Games.

The Commonwealth Games, which draws athletes from more than 70 countries in a wide array of sports, were already scheduled for July 27-Aug. 7 and the European track championships were previously set for Aug. 15-21.

"This will be a bonanza for athletics fans around the world," World Athletics president Sebastian Coe said.

It will mark the first outdoor world championships held in the United States, with one of the country's smattering of track hotbeds -- Eugene -- playing host in a newly renovated and enlarged Hayward Field. The stadium will get its first major test run at Olympic trials, which will now be held in 2021 on a date still to be determined.

The 2022 worlds will be the first to be held in an even-numbered year. They had been held in odd-numbered years since they started in 1983.

In addition to packing the 2022 schedule, the delay sets up track and field for a long stretch of yearly major events: the Olympics in 2021, worlds in 2022, then again in 2023 in Budapest, followed by the Paris Olympics in 2024 and another world championship at a site to be determined in 2025.

"It would offer athletics centre stage at a very public point of the year," Coe said in an interview last month. "So let's look at it from a slightly optimistic way of being able to punch our sport into the homes of many more people over a four-year consecutive cycle."

Track is one of 33 sports on the Summer Olympics schedule that will have its own 2021 slate of events affected by the new dates for Tokyo.

Swimming is still looking into other dates for an event scheduled from July 16-Aug. 1, 2021. The International Gymnastics Federation still plans to hold its 2021 world championships in October. The Olympics and world championships have occasionally been held in the same year in the past, including 1992 and 1996.

The countdown clock is clicking again for the Tokyo Olympics

Olympic flame to stay a month in Fukushima; Next stop Tokyo?

A timeline of the debate to postpone the Tokyo Olympics