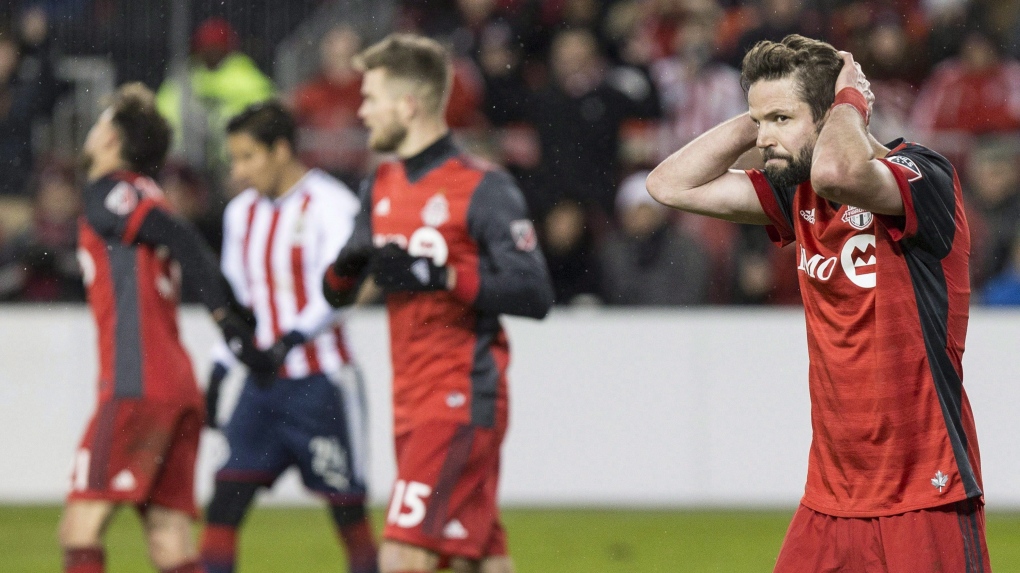 Lovitz, drafted in 2014 by Toronto, spent the last three seasons in Montreal where he started 28 games last season. He was not on Montreal's unprotected list.

"The GAM and TAM, as well as the international roster spot, will give us more flexibility for 2020," Montreal sporting director Olivier Renard said in a statement.

The 25th and 26th teams in the league selected five players each from the eligible player list.

Having won a coin flip, Miami opened the draft by taking New York City FC left back Ben Sweat, a Florida native and U.S. international who has more than 70 MLS starts under his belt.

Nashville selected Minnesota United forward Abu Danladi, the No. 1 pick in the 2017 SuperDraft from UCLA. The 24-year-old from Ghana, who attended high school in California and will not count as an international, had eight goals as a rookie but managed just one and two goals, respectively, over the last two seasons.

Valentin was promptly traded to Houston for goalkepeer Joe Willis while Vazquez went to Cincinnati for US$150,000 in targeted allocation money and $50,000 in general allocation money. Houston will receive an additional $75,000 in TAM if Willis meets certain performance-based metrics.

Nashville then traded for Sporting Kansas City 'keeper Adrian Zendejas in exchange for $125,000 in targeted allocation money, $50,000 in general allocation money and a 2020 international roster spot.

The Vancouver Whitecaps, D.C. United, FC Dallas, Houston Dynamo and New York Red Bulls did not have to participate Tuesday by virtue of losing a player in FC Cincinnati's expansion draft in December 2018.

Cincinnati used the second pick to take Whitecaps striker Kei Kamara before trading him to the Colorado Rapids for an international roster spot.

Veteran Toronto FC defenders Drew Moor, Justin Morrow and Laurent Ciman and Montreal Impact goalkeeper Evan Bush and striker Anthony Jackson-Hamel were among those made available for the Tuesday's draft.

The 19 participating teams were able to protect up to 12 players each from their roster. MLS homegrown players ages 25 and under, as well as Generation Adidas players who did not graduate from the program following the 2019 season are automatically protected.

The Generation Adidas program allows talented underclassmen to sign a contract with the league and enter the MLS draft early.

Teams could lose no more than one player in the expansion draft.

Teams that lost a player in the draft received $50,000 in general allocation money.