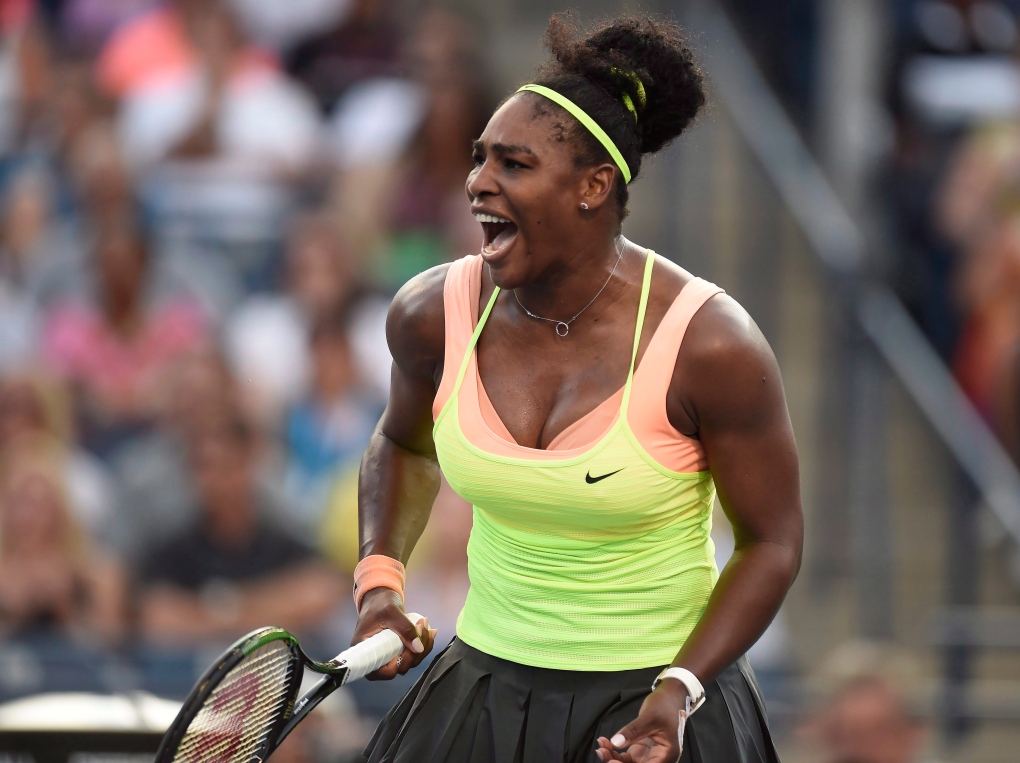 Serena Williams, of the United States, reacts to winning a point in the second set against Belinda Bencic, of Switzerland, during Rogers Cup semi-final tennis action in Toronto on Saturday, August 15, 2015. THE CANADIAN PRESS/Frank Gunn

Djokovic, the current holder of all four Grand Slams, headlines the entry list in Toronto which features all of the top 43 players on the ATP Tour. In Montreal, Williams will attempt to win her fourth Rogers Cup title in a field that features 30 of the top 35 players on the WTA Tour and nine of the top 10.

Vancouver's Vasek Pospisil, a semifinalist in 2013, will also be competing in Toronto as a wild card recipient.

Montreal's Eugenie Bouchard has also earned a place in the main draw and will try to advance past the second round for the first time.