Tokyo organizers say rowing venue for 2020 should not move 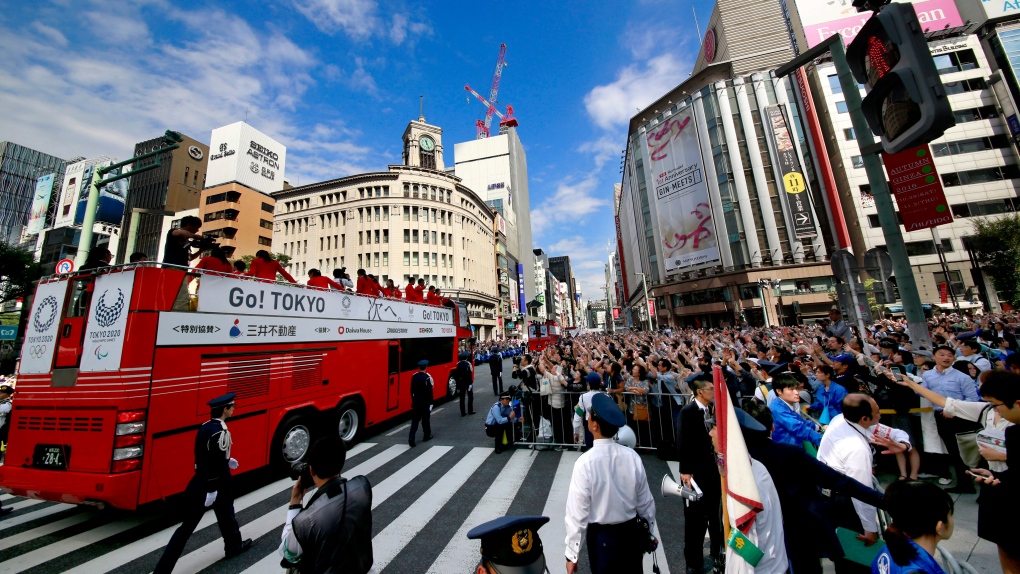 In this Friday, Oct. 7, 2016 photo, people wave at Japanese medalists of Rio de Janeiro Olympics and Paralympics during a parade in Tokyo's Ginza district. Some 90 medalists took part in the 2.5 kilometers (1.6 mile) motorcade through streets in Tokyo, the host city of 2020 summer games. (AP Photo/Shizuo Kambayashi, File)

TOKYO -- Organizers want the rowing venue for the 2020 Tokyo Olympics to remain at its original location rather than be moved to a site hundreds of miles away.

Tokyo Governor Yuriko Koike ordered a review of venues and costs by a panel of independent experts. The panel proposed moving the rowing venue from a site on Tokyo Bay to an existing facility in Miyagi prefecture, about 250 miles (400 kilometres) north of Tokyo.

But Tokyo organizers spelled out their objections to that proposal on Wednesday, arguing the venue should remain at the Sea Forest Waterway.

"I would like to stress once again that the decision was made unanimously and based on thorough investigations. We have conducted careful examinations of all candidate rowing sites," Tokyo 2020 executive board member Toshiaki Endo said.

"As a result, all parties including the IOC, the international federations, the national federations, Tokyo 2020 organizing committee and the Tokyo metropolitan government came to the conclusion that Sea Forest Waterway was the most promising and best suited for the hosting of rowing competitions."

In a visit to Tokyo last week, the head of the international rowing federation, Jean-Christophe Rolland, expressed his disappointment at the proposed move and said the venue should remain at its original location.

Tokyo organizers listed several objections to the existing facility in Miyagi, including lack of infrastructure, accommodation for spectators and inconvenience for athletes.

Organizers also said the final construction cost for the Sea Forest Waterway will likely be lower than original estimates.

Already, venues for basketball, taekwondo and cycling have been moved outside of Tokyo to maximize existing facilities. Cycling was moved to Izu, about 90 miles (145 kilometres) southwest of the capital.

Tokyo won the right to host the games in 2013 by promising a compact bid with 28 of the 31 competition venues within a five-mile (eight-kilometre) radius of the Olympic Village. Originally, only shooting, modern pentathlon and one soccer venue were to be outside the radius.