Tokyo Marathon limited to elite runners because of virus 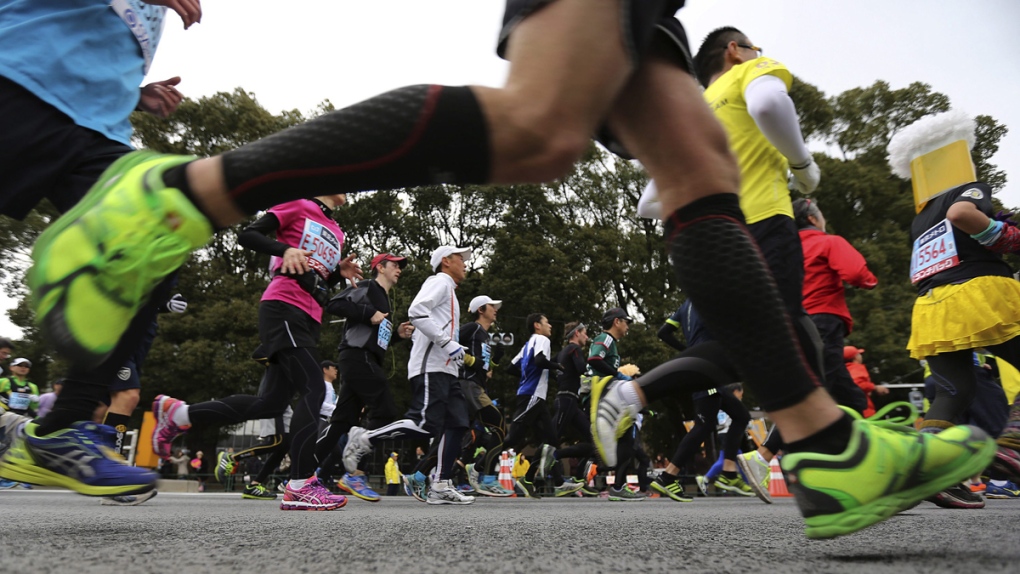 Tokyo Marathon organizers drastically reduced the number of participants for this year's race on Monday out of fear of the spread of the virus coming from China.

The general public is being barred from the race on March 1. It will now be limited to a few hundred elite participants, organizers said in a brief statement.

"We cannot continue to launch the event within the scale we originally anticipated and we regret to inform you the following: The Tokyo Marathon 2020 will be held only for the marathon elites and the wheelchair elites," organizers said.

The Tokyo Marathon is the city's annual race and not to be confused with the Olympic marathon that will take place during the 2020 Tokyo Games. Those races are to be held in the northern city of Sapporo.

The marathon is the latest large sports event to be impacted by the virus. Almost all sports events in China over the next few months have been called off, including next month's world indoor track and field championships and a Formula One race in April.

The cancellations in China have a domino effect on Olympic qualifying, both in China and elsewhere, and muddle the picture for thousands of hopeful Olympians, families, and their travel plans.

The Tokyo Marathon was expected to attract about 38,000 participants. Only one death in Japan has been attributed to the virus. The latest death toll in mainland China is 1,770.

Organizers of the Tokyo Olympics and the International Olympic Committee have said repeatedly they will not cancel or postpone the games and are following the advice of the World Health Organization.

"Certainly the advice we're receiving externally from the WHO is that there's no case for any contingency plans or cancelling the games or moving the games," John Coates, the head of an IOC inspection team, said Friday in Tokyo.

The Olympics open on July 24 with about 11,000 athletes participating. About 7.8 million tickets are available for Olympic events, which draw hundreds of thousands of tourists. There are another 2.3 million tickets for the Paralympics.

Much of the focus in now on China. It will further intensify with the next Olympics -- the 2022 Winter Games -- taking place in Beijing.

The spreading virus has already forced organizers to cancel World Cup ski races this month in Yanquig, China, which were also to serve as test events. Also called off was a biathlon test event in Zhangjiakou.

Also Monday, the International Weightlifting Federation said the upcoming Asian championships will be relocated from Kazakhstan to Uzbekistan because of travel restrictions related to the virus. Kazakhstan borders China but hasn't reported any cases.

The event will now be held in Tashkent from April 16-25.